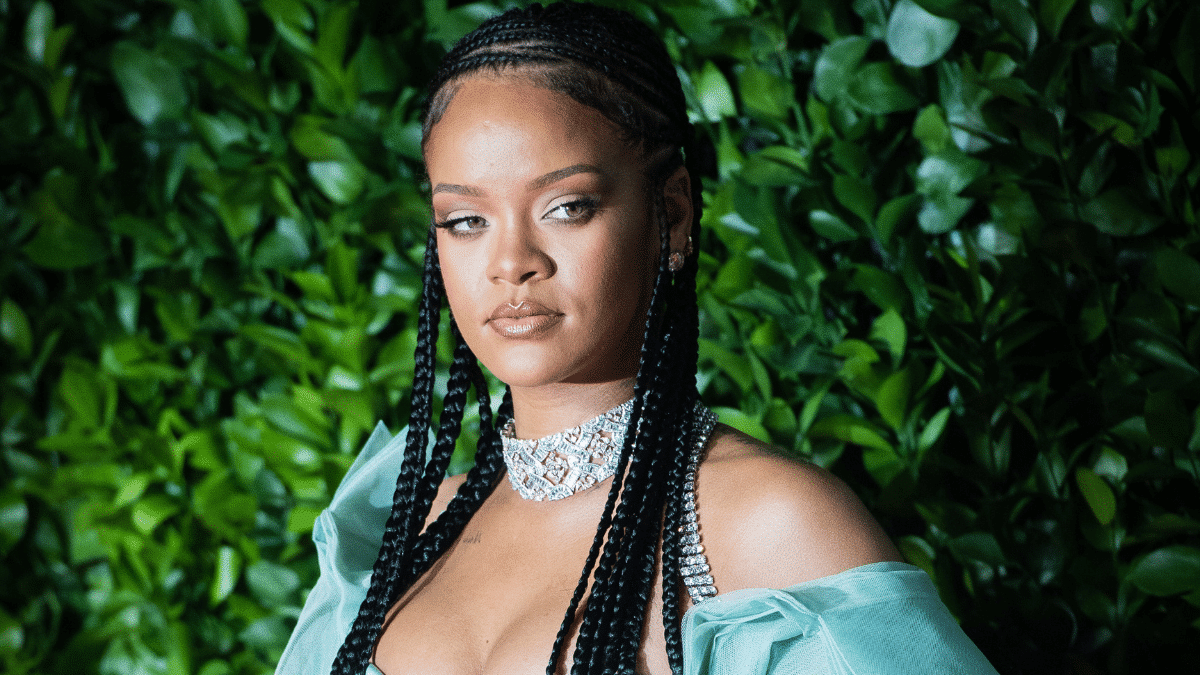 Have you ever wondered what the net worth of Rihanna is? Well, the fortune of the female rap artist may surprise you. Besides her successful music career, Rihanna has been able to create a business empire via her investments and ownership of the LVMH brand, Fenty. With millions of records of sold and successful business endeavors, Rihanna has a net worth of $1.7 billion. In this post, we’ll explain how the Barbados native made her fortune!

Rihanna was born Robyn Rihanna Fenty, on February 20th, 1988 in Saint Michael, Barbados. Barbados is a small island country, and commonwealth of the United Kingdom, in the Carribean. Her mother is a descendant of the Slave trade between Guyana and West Africa, while her father is a native Barbadian of Irish descent.

Growing up, Rihanna was often exposed to disputes between her parents. Unfortunately, her father suffered from alcoholism and a cocaine addiction. As a result, Rihanna often found herself needing to break up fights and other conflicts at home. Her troubling homelife took a toll on her health until her teenage years, causing severe headaches often.

Rihanna attended Cobermere School in Barbados for her secondary education. There, she was an army cadet enrolled in a sub-military program. While her initial plans including graduating high school, they changed once she formed a music trio and met an American producer.

Rihanna’s music career began when she met Evan Rogers, an American producer, in Barbados. While she was not yet a solo act, Rogers has reported noticing her talent and presence immediately. One of her initial demos was “Pon de Replay” which Rogers sent to Def-Jam records. There, Jay-Z and other executives were intrigued and invited her to an audition where she would shine. On the same day as the audition, she signed a six-album deal with Def Jam Records.

“Pon de Replay” would end up being a global hit and performed very well in the US Billboard charts. Rihanna’s musical career has been defined by many extremely successful singles that headline her album debuts. Some include “SOS” (2006), “Umbrella” and “Don’t Stop the Music” (2007), “Rude Boy” (2009), and “Love the Way you Lie” (2010).

Rihanna has collaborated with other successful artists such as Jay-Z, Drake, and Eminem. Additionally, she has cited Madonna, Beyonce, and Bob Marley as musical influences. With over 250 million records sold, Rihanna is one of the most successful female artists ever.

Rihanna’s musical success opened the door to her business ventures.

While Rihanna continues to release music, she has become widely known for her role in the fashion brand, Fenty. She launched the brand in 2017 in a partnership with Bernard Arnault’s luxury goods giant, LVMH. In doing so, Rihanna made history as the first woman and woman of color to launch a brand with the fashion conglomerate.

Fenty’s line of lingerie, cosmetics, and skin products continues to perform well. With hundreds of millions of dollars in revenue, Rihanna’s stake in Fenty, reportedly 50%, is apparently worth $1.4 billion!

Rihanna has also acquired an ownership stake in the music streaming platform, Tidal. Along with other artists such as Nicki Minaj, Madonna, and Kanye West, Rihanna most likely owns a 3% stake.

In 2021, Jack Dorsey’s Square, Inc. acquired Tidal for $297 Million. While many of the shareholders remained the same, this would value Rihanna’s stake at ~$9 Million.

In addition to her music career, Rihanna has also starred in several films over the past two decades. These include her first appearance in Bring it On: All or Nothing (2006). Others include Battleship (2012), and a main role in Ocean’s 8 (2018), which grossed $300 Million globally at the box office!

As of May 2022, Rihanna has a net worth of $1.7 billion. This makes her the wealthiest female artist in the world, even above contemporaries such as Beyonce and Madonna.

While her earnings from her music career are substantial, it’s her ownership stakes in Fenty and Tidal that take her net worth to new heights. Early in her music career, she has also partnered with brands such as Kodak, Nivea, and Vita Coco.

Via her music career and business endeavors, Rihanna has become a true pop icon in the United States and in her native Barbados. Her strong brand should continue to present her with opportunities to grow her business empire.

Rihanna and partner Asap Rocky are expecting a baby and the star has been seen fashionably sporting her baby bump, and changing the narrative of maternity fashion.