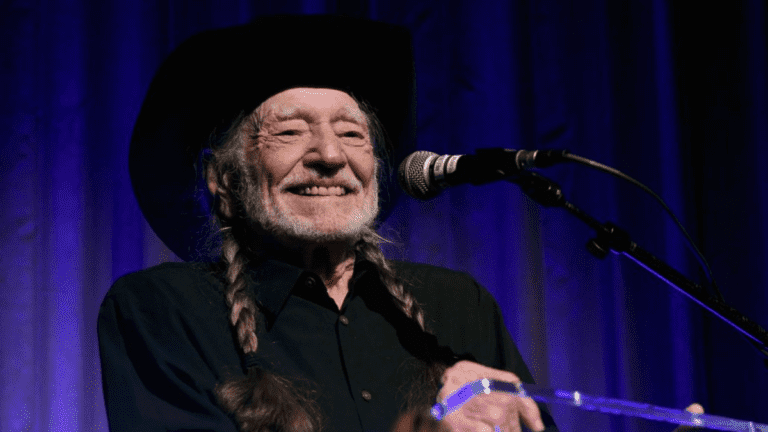 Have you ever wondered what the net worth of Willie Nelson is? Well, the country musician, actor, and activist has had quite a career.

Nelson has been making music for over half a century, dating back to his first record in 1956, No Place for Me. He is the pioneer of outlaw country and a Hollywood star.

In this post, we show you exactly how Nelson achieved his success.

Willie Nelson was born during the Great Depression on April 29, 1933. Raised by his grandparents, Nelson always showed an aptitude for music.

By the time he was seven, he had written his first song; by ten, he joined his first band.

Nelson was an active child, and in high school, he played everything from basketball to football to baseball.

During high school, he joined a band called The Texans, where he sang and played Guitar.

He stayed with them throughout high school, performing in small gigs around his neighborhood and appearing on morning radio shows.

After graduating high school, he served in the Air Force for under a year before attending Baylor University to study agriculture.

After being at Baylor for two years, he dropped out to pursue his music career.

While pursuing his music career, Nelson worked many jobs, from being a saddle maker, tree trimmer, bouncer, and auto house assistant.

His first job was being a DJ at KBOP. Although he was underqualified for the position, the station owner, Dr. Ben Parker, saw promise in Nelson.

When the station wasn’t in use, Nelson used it to record tracks that he would send out to record labels at the time.

None of the records at the time took a chance on Nelson, and he would go on to work for KDNT in Denton, KCUL, and KCNC in Fort Worth.

During the ’60s, Nelson didn’t see much success with his music career. He worked as a DJ at multiple radio stations from Portland, Oregon, to Vancouver, Washington.

In 1964, he signed with RCA Victor but seldomly ever topped the charts. Some of his singles reached the top 25 list towards the latter half of the 1960s.

However, by 1970, Nelson wasn’t getting any opportunities to go on tour and was going through a tough divorce.

By 1972, he decided to retire from music and move to Austin, Texas, with his new wife.

While in Austin, Nelson was introduced to the flourishing hippie scene and found a new love for music.

He started to gain popularity in Austin as he played his style of country music, which was a combination of country, jazz, and folk.

In May 1973, he released his first hit song, Shotgun Willie. He would release a slew of other hits during the ’70s, like Red Headed Stranger and Stardust.

He saw his fame take off in the mid-1980s when he created famous songs like On the Road Again, To All the Girls I’ve Loved Before, and Pancho and Lefty.

During this time, he joined the outlaw country supergroup The Highwaymen, where he played along with song fellow singers Johnny Cash, Waylon Jennings, and Kris Kristofferson.

As of December 2022, Willie Nelson has a net worth of $25 million. He has been one of the most recognized artists in country music history, dating back to his hit album Shotgun Willie in 1973.

Nelson was inducted into the Country Music Hall of Fame in 1993.

He received the Kennedy Center Honours in 1998, was inducted into the National Agricultural Hall of Fame in 2011, and won the Gershwin Prize in 2015.

However, Nelson is more than just his musical success.

He has starred in more than 30 films, co-authored numerous books, and has been a strong advocate for the use of biofuels and the legalization of marijuana.

Nelson has just turned 89 years old, and for his birthday released a new project It’s a beautiful time. This earned a rating of 84 out of 100 on Metacritic and was positively reviewed by his fans.

Nelson released his first record in 1956. However, he didn’t get his first hit song until 1973. Many individuals from Larry David to Mark Cuban had to hustle long before they saw their success. If you want to achieve something great, be willing to give yourself time to excel.

Sometimes, all you need is a break

Nelson was trying to get his music career off the ground for over a decade. He had small breaks here and there throughout the ’60s, but nothing ever stuck.

Retiring from music in 1970 might’ve been the best thing that ever happened to him because it allowed him to reassess what he wanted to do.

During his retirement, he became interested in other forms of music, notably hippie music, which then transitioned to him pioneering the outlaw country phenomenon.