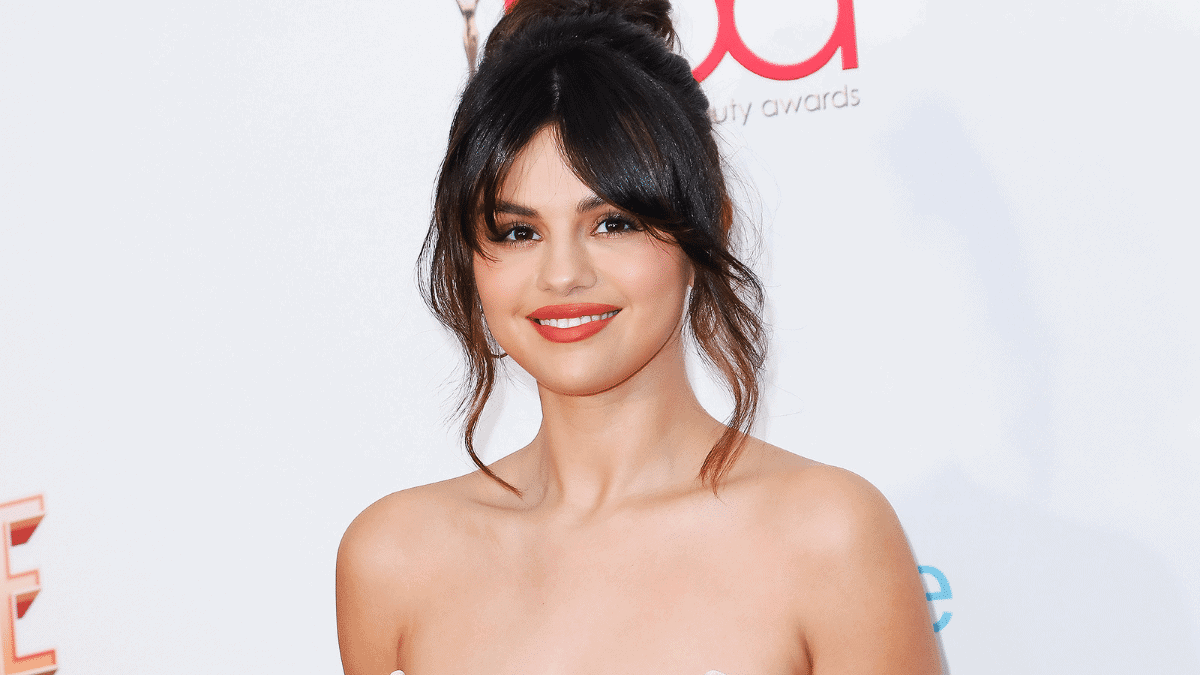 Have you ever wondered what the net worth of Selena Gomez is?

The singer, songwriter, and actress has released several hit singles and notoriously played the iconic role of Alex Russo in Disney’s Wizards of Waverly Place.

But Selena’s talent, life, and the fortune she’s amassed extend way beyond the big screen and music industry.

In fact, her career involves a variety of unique projects – such as a makeup line and cooking show– that you may not even know about!

As of November 2022, Selena Gomez has a net worth of $75 million. In this post, we’ll explore exactly how Selena Gomez achieved such great success.

She was named after the popular Mexican-American singer Selena Quintanilla, who was also known as the “Queen of Tejano Music.”

Given her name, it was evident that Gomez was meant to thrive in the music industry. However, her career initially began in acting.

She was initially drawn to the entertainment industry after watching her mother rehearse for stage productions and decided that she wanted to audition for acting roles.

Gomez landed her first acting gig on Barney&  Friends from 2002 to 2004, where she played the character Gianna alongside future co-Dinsey star Demi Lovato.

Gomez appeared in several productions such as Spy Kids 3-D Game Over, and Walker Texas Ranger: Trial by Fire.

She even guest-starred on two Disney shows, The Suite Life of Zack & Cody and Hannah Montana.

Gradually, Gomez appeared to be making a name for herself in show-biz. But her time with Disney was only just beginning.

Gomez secured her first major acting role on Disney’s Wizards of Waverly Place, where she starred as the main character Alex Russo.

The hit series, which ran from 2007-2012, followed Alex and her family of wizards who did the impossible with their magical powers.

In addition to acting on the show, Gomez also recorded the show’s hit theme song, “Everything is Not What It Seems,” a move that would foreshadow her future music career.

Wizards of Waverly Place is arguably one of Disney’s most popular shows to date.

According to Insider, Wizards of Waverly Place is the longest-running show on the Disney channel, having a total of 106 episodes.

To top it off, 9.8 million viewers tuned into the show’s finale, making it the third most-viewed episode of any Disney channel show.

The show additionally had two movies, Wizards of Waverly Place: The Movie and Wizards Return Alex vs. Alex, both of which Gomez starred in.

According to Statista, Wizards of Waverly Place: The Movie, is the second most-viewed Disney movie behind High School Music 2.

It’s no doubt that the star wizard herself reaped the benefits of the show’s popularity. Gomez was estimated to have earned a total of $30,000 per episode!

Although Gomez is most known for her role in Wizards of Waverly Place, she also starred in other Disney movies such as the Princess Protection Program and Another Cinderella Story.

Once her role as Alex Russo ended, Gomez expanded her acting career beyond just the Dinsey franchise and had major roles in movies such as Monte Carlo, Ramona and Beezus, Neighbors 2, Spring Breakers, and the Hotel Transylvania movies.

Just as her acting career with Disney was taking off, Gomez’s music career was only beginning.

In 2009, Gomez signed with Hollywood Records, a Disney-operated music label with which fellow Disney stars Miley Cyrus and Demi Lovato had already signed onto.

Gomez swiftly entered the music world as the lead singer for her band Selena Gomez & The Scene, which stayed together from 2009-2012.

The band produced three studio albums, Kiss & Tell, A Year Without Rain, and When the Sun Goes Down, which all landed in the top 10 of US Billboard 200.

In 2013, Gomez embarked on her solo career as a music artist. According to Seventeen, her first solo album, Stars Dance, debuted as number one on the Billboard 200 chart.

Gomez then released her second and third albums, Revival and Rare. However, she released them under the label Interscope to move away from the Disney organization.

According to Seventeen, her latest album Rare was her third number one album on the Billboard 200.

Gomez’s popular songs include “Come & Get it,” “Same Old Love,” “Hands to Myself,”  and “The Heart Wants What it Wants.”

She’s collaborated with a number of artists on many hit songs, such as “We Don’t Talk Anymore” with Charlie Puth, “I Want You to Know” with Zedd, and “It ‘Aint Me” with Kygo.

On top of a number of hit albums and catchy songs, Gomez additionally went on tour.

In March 2021, many speculated that Gomez would retire from music to fully focus on acting.

In an interview with Vogue, Gomez said, “I want to give it one last try before I maybe retire from music.”

The singer said her potential retirement would allow her to focus more on her acting and producing career.

Despite these rumors, Gomez’s retirement from music does not (thankfully!) seem to be the case. In January 2021, Gomez released her EP Revelación, her first prominently Spanish release.

Selena is a Septuple Threat, and Probably Does Even More

Selena Gomez really does it all.

Not only is she a talented actress, singer, and songwriter, but she is also a producer, cook, wildly successful influencer, and has her own makeup and fragrance lines.

Gomez’s producing projects most notably include her role as an executive producer for the Netflix show 13 Reasons Why.

The show recently wrapped its fourth and final season in 2020, but this isn’t the only project Gomez has produced.

On top of her other productions, Gomez recently produced her own quarantine cooking show, Selena + Chef.

The show, first aired on HBO on August 13, 2020, features a professional chef teaching Gomez how to cook gourmet recipes from the comfort of her own home.

According to Glamour, Gomez was looking for a fun activity to do during quarantine to quell the stress of the unknown when the pandemic first hit.

With a passion for cooking and a knack for producing, Selena + Chef was born.

Rare Beauty And Other Projects

In addition to her career as a producer, Gomez also recently came out with her own makeup line, Rare Beauty, in September of 2020.

The makeup line has a deeper meaning that encourages those wearing it to embrace their inner beauty. Similarly, Gomez launched her fragrance line in 2012.

It may be hard to envision Gomez doing even more projects at this point, but she does!

In 2017, Gomez became the new face of Puma alongside stars such as Rihanna, where she currently makes more than $30 million for her active-wear line.

It’s clear that there’s nothing Gomez can’t do. By exploring her hidden talents and working hard, it’s no doubt that Gomez is earning a mighty and growing profit.

As of November 2022, Selena Gomez has a net worth of $75 million. Her career was first launched by acting on the Disney channel, but since then, it’s expanded into much more.

Gomez has been able to make a fortune off of several projects, including a wildly successful music career, a production career, a makeup career, and even a cooking career.

Although Gomez has simply been exploring hidden passions in new areas, it’s certainly paid off.

Her impressive resume has recently earned her the opportunity to host the renowned show Saturday Night Live, another impressive feat for a young star.

One opportunity can make all the difference

Selena’s first major career move was playing Alex Russo on Wizards of Waverly Place. The role made her name more well-known and allowed her to expand into new project areas, making her the star she is today.

However, Selena is popular today arguably because of the opportunity with Disney that started it all. Sometimes, this one opportunity can make all the difference in your career

There was a point in time where acting was the only thing Selena did. But she didn’t let that stop her from trying new things! The actress has successfully turned herself into a singer, songwriter, producer, and more.

If Selena let her fears hold her back, the world wouldn’t get to see the talented person that she is today (and she wouldn’t be making as much money as she is now)!

So, don’t be scared to try new things because you may discover a new passion, and make a profit while doing it.

You can do anything you put your mind to

If you told Selena that one day she would make money by hosting a cooking show, then she’d probably think you’re lying.

Although this may have not initially been where she’s envisioned herself, Selena Gomez and her cooking show, along with other projects are successfully adding to her net worth.

Even if you think you don’t have the skills to do something, you can rest assured knowing that you can accomplish anything you put your mind to.