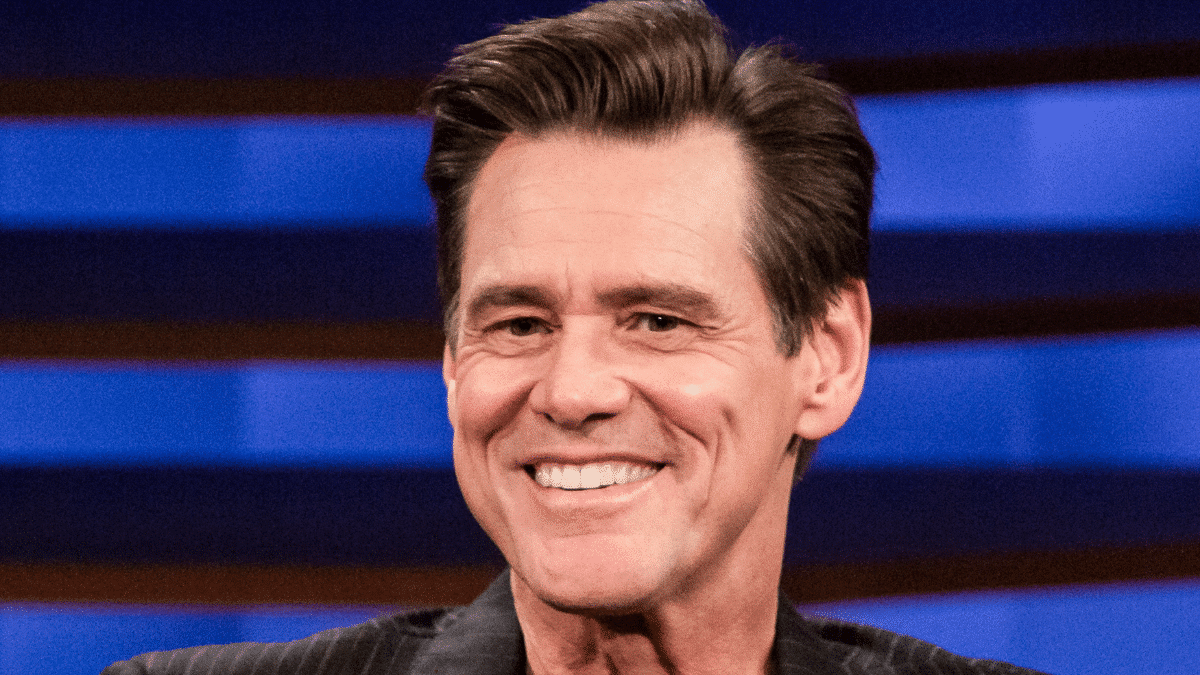 Have you ever wondered what the net worth of Jim Carrey is? Well, the Canadian-American actor, comedian, writer, and producer has had quite a career. Carrey first started to gain fame in 1990, after he landed a recurring role in the sketch comedy series In Living Color. From there, he would go on to dominate the 90’s starring in several blockbuster films and becoming a household name.

Carrey has since gone on to be nominated and win several Golden Globe Awards, People’s Choice Awards, & MTV Movies Awards. With all these accolades under his belt, it’s no surprise that Jim Carrey as of May 2022 has a net worth of 180 million dollars. In this post, we show you exactly how Jim Carrey rose to fame and achieved his wealth.

Jim Carrey was born on January 17th, 1962. Raised in Toronto, Canada, Carrey didn’t have an easy childhood. When he was a teenager, Jim Carrey’s family was very poor and even homeless. His brother John and him had to live in a tent for several months in Charles Daley Park on Lake Ontario.

Things would turn around when his father found employment as an accountant at the Titan Wheels tire factory. Still, this wasn’t enough to support his family. Jim and John had to also work for the company as janitors and security guards to make ends meet.

On his 16th birthday, Jim Carrey dropped out of high school and used his free time to perform comedy in downtown Toronto and work at the factory.

At a young age, Carrey realized he was great at making faces and doing impressions of people. By the age of 10, he was already a master of impressions and even received a form letter to apply to the Carol Burnett Show. At 15, he did his first-ever standup gig at the Yuk Yuk comedy club in downtown Toronto. He bombed and didn’t go back to doing standup for another two years.

By the age of 17, his family’s financial situation had improved, and Carrey had more time to polish and improve his acts. So Carrey returned to stand up and started to land paid gigs. Carrey went from open-mic nights to regular paid shows in a short period, building his notoriety in the process.

By the time Carrey was 19, he had started making comedy club appearances across the United States and was signed as the opening act for Rodney Dangerfield tour performances. He even appeared in some films as well. He appeared in an episode of An Evening at the Improv, as well as in Introducing… Janet, a made-for-TV movie that premiered on CBC.

In early 1983, Carrey moved permanently to Hollywood and began regularly performing at The Comedy Store. However, Carrey didn’t achieve the same success in Hollywood as he did in Toronto. He got a few breaks throughout the ’80s, appearing in The Tonight Show, Finders Keepers, and Once Bitten. However, nothing ever stuck. He even tried out for SNL on three separate occasions and got rejected each time.

By 1985, he started to sense that doing just impressions wouldn’t help him grow into the comic he wished to be. So, Carrey tried to develop a new live comedy act. Instead of doing outrageous celebrity impressions, Carrey instead tried to incorporate observational humor into his acts. His new form of comedy didn’t bold well for either the club owners booking him nor the people coming to his shows, as most live audiences came to see him solely for his impressions.

Jim Carrey Writes A Check To Himself

It was in 1985 where Jim Carrey was at one of his lowest points. He knew that if his comedic career didn’t pan out, he would have to go back to Toronto and never become more than a local celebrity.

So in 1985, Carrey made a huge bet on himself. He wrote himself a 10 million dollar check for “acting services rendered” and dated it ten years in the future. He kept the check in his wallet and went on to rebrand himself in the world of comedy.

In 1990, Carrey would become a regular in the comedy television series In Living Color. Although the show was short-lived, only airing for four years, the show’s popularity helped him land a lead role in his first major film, Ace Ventura: Pet Detective.

Ace Ventura was released in February 1994 and grossed $72 million at the box office. It was an immediate success, and from there, he was able to land The Mask, Ace Ventura: When Nature Calls, and Dumb and Dumber all within just a few years of one another. By 1996, Carrey was a Hollywood star and became the first actor to be paid $20 million for a film, with his appearance in The Cable Guy.

As of May 2022, Jim Carrey has a net worth of $180 million. From 1994 to 2008, Carrey earned $200 million from his combined salaries and bonuses. During his peak in the mid-’90s and early 2000s, he was making around $20 million per film. However, Jim Carrey’s biggest payday came when he asked for 36.2% of Yes Man’s back-end profits. While the movie wasn’t one of his higher box office earners, making just $223 million worldwide, it still earned him quite the paycheck. When all was said done, Carrey walked away with $32 million.

Carrey recently stated he is leaning toward retirement and is very content with his work within the industry however hasn’t completely shut the door on a return.

“If the angels bring some sort of script that’s written in gold ink that says to me that it’s going to be really important for people to see, I might continue down the road” claimed Carrey in an Access Hollywood interview.

Whether he continues to act or not Carrey has solidified himself as one of the most successful actors to live, and his impact will live on forever.