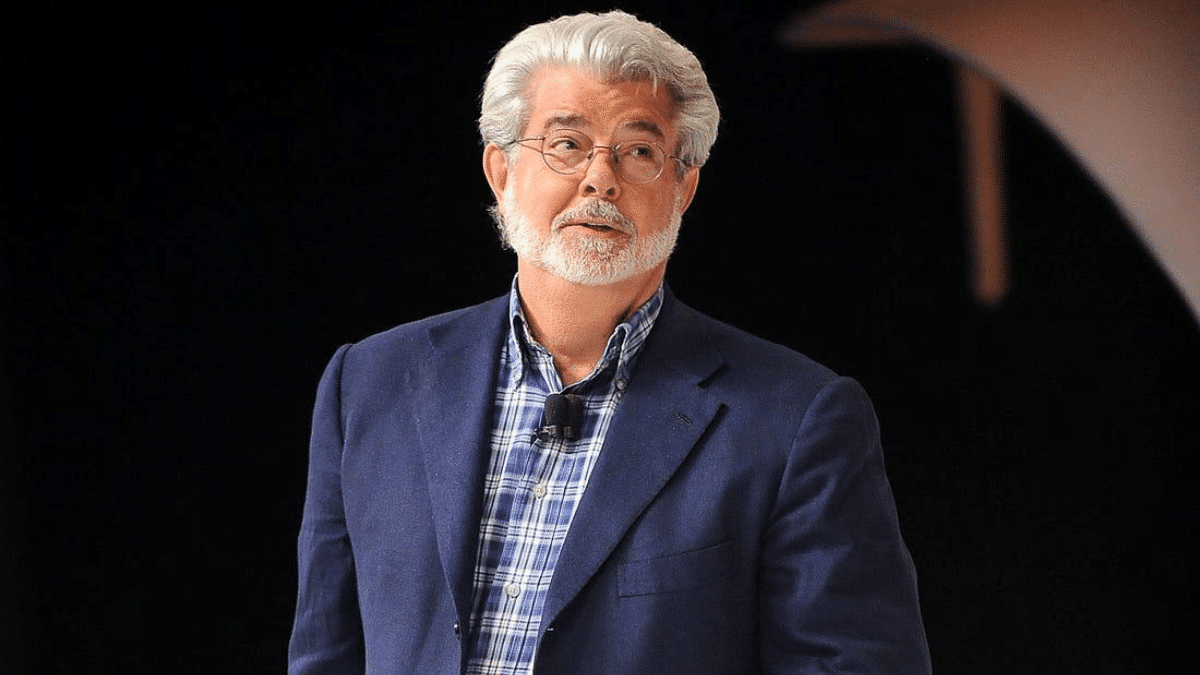 If you have two thumbs and a heartbeat you have probably heard of Star Wars. The American epic space saga created by George Lucas hit theatres in 1977 and quickly became a worldwide pop-culture phenomenon. Last night, as Revenge of the Sith was playing in the background, I wondered to myself, “What is the net worth of George Lucas.”

After doing some research, I found that Star Wars films have dominated the box office over the past 40 years, grossing more than $10 billion worldwide. But Star Wars isn’t just movies. From 1978 to 2013 Star Wars has produced over $3 billion in revenue from there toys. They have also made $3.5 billion in video games, $2 billion in book sales, and $1.3 billion in licensing deals. With all of these sales, As of April 2022 George Lucas has an estimated net worth of $6.4 billion dollars. Let’s explore how he started Star Wars, and how he was able to become a billionaire.

George Lucas was born and raised in Modesto, California, on May 14, 1944. At a young age, he was fascinated with three things comics, science fiction, and race car driving. Surprisingly, he chose the latter as his career of choice and spent most of his days in high school racing underground circuits. He thought racing was the life for him until he got into a tragic racing accident that totaled his car and nearly killed him. With bruised lungs and in need of emergency care, George Lucas lost interest in racing as a career and decided to pursue other passions.

His father wanted Lucas to work for him at his stationery store but Lucas decided to go to Modesto Junior College instead to pursue art. Before leaving to go to college though, he assured his dad that he was going to be a millionaire before 30. Lucas quickly gained a passion for photography and film making, and his favorite things to film were car races. Through his interest in filming car racing, he met Haskell Wexler, an older cinematographer who was also a race car enthusiast. Haskell Wexler was so impressed with Lucas’s talent that he was able to pull some strings and get help get Lucas admitted to the USC Film School and received both his bachelors and graduate degree from them.

At USC, Lucas was able to meet and make connections with many other student filmmakers, most notably Steven Spielberg. While at USC he won many accolades for his directing work and even obtained Warner Brothers student scholarship. Upon graduation, he knew he wanted to start a production studio of his own and that’s what he set out to do.

The Net Worth Of George Lucas Before Star Wars

Upon getting his graduate degree, he co-founded American Zoetrope in an attempt to help filmmakers direct films without the harsh Hollywood oversight. Like most businesses that try to overthrow the current incumbents, it ended up failing, and the one movie he produced through that studio flopped.

However, Lucas didn’t give up. He ended up creating his own studio, Lucasfilm Ltd., and successfully directed the hit film American Graffiti in 1973. American Graffiti is considered by many to be one of the most profitable movies of all time as the movie was made with a budget of just $770,000 and grossed over $140 million world wide. The film’s box-office success made George Lucas an instant millionaire by 29. This led to a net worth of $4 million dollars before Star Wars.

After Lucas successfully directed American Graffiti he wanted to make an adaption on the hit TV show Flash Gordon. Fortunately for him he wasn’t able to obtain the rights, which led him to write an original space adventure movie that would turn into Star Wars. Despite his success and original idea, all but one studio turned down Star Wars.

The studio that accepted Lucas’s idea was Fox studios and they offered him half a million dollars to direct the film. This was a huge pay bump for Lucas as he was only offered $150,000 for American Graffiti. However, Lucas turned down the pay raise. Instead, he would make the smartest financial move of his life. He would negotiate that he retain all merchandising rights and retain the rights to any sequels. Fox was happy to comply with these terms as the studio did not think that Star Wars would turn into much.

Clearly, this was a huge win for Lucas as he would end up owning 100% of Lucasfilm. On October 30, 2012, George Lucas sold Lucasfilm to Disney for $4.05 billion. He was compensated half in cash and half in shares of Disney stock.

Many of us know Lucas for creating Star Wars. However, George Lucas was also the executive producer for all of the Indiana Jones movies. Interestingly enough though, George Lucas isn’t full of directing success. Many of the movies George Lucas executively produced have flopped at the box office like Twice Upon a Time, Red Tails, Strange Magic, Labyrinth, and Return to Oz. It goes to show that you don’t need a life full of success. One big break can be all you need.

Lucas doesn’t spend all his money on nice homes though. He is also a big philanthropist and has signed the Giving Pledge. The Giving Pledge is a philanthropic campaign led by Bill Gates and Warren Buffett that encourages America’s richest individuals to donate the majority of their wealth to charities after their death.

There are many things you can take away from George Lucas’s story. However, we have pointed out the four that stood out to us the most.