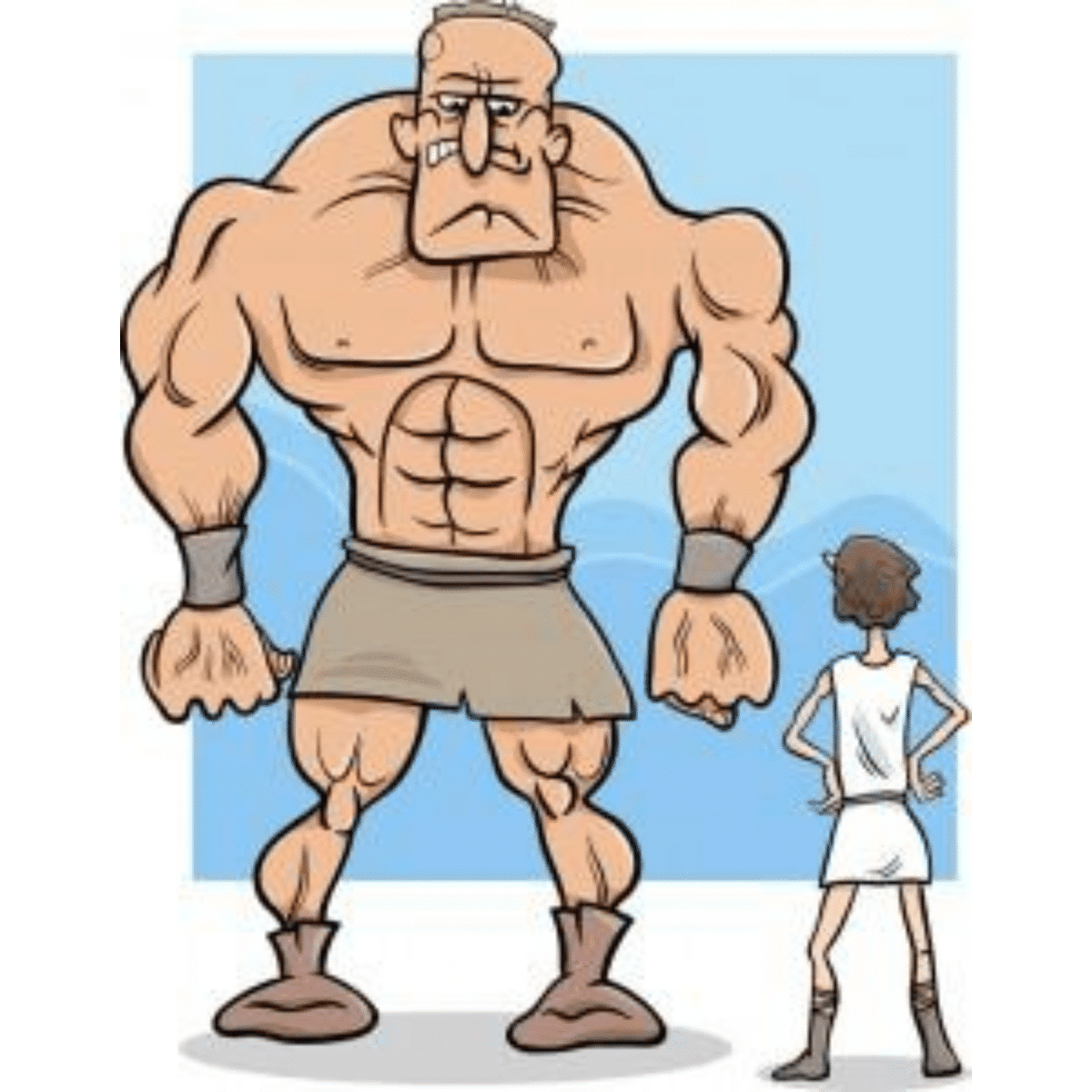 We as humans are particularly fascinated with a certain type of storyline: The underdog story. The underdog story is where the protagonist, against all odds, overcomes his or her obstacle and achieves success. We like to believe that this underdog won because of a stroke of luck, but it isn’t that straightforward.

By examing underdog stories, we can see the real truth behind what allows an underdog to prosper. To talk in more detail about this, I will share a text from one of the oldest underdog stories known to man: David and Goliath.

“As the Philistine moved closer to attack him, David ran quickly toward the battle line to meet him. Reaching into his bag and taking out a stone, he slung it and struck the Philistine on the forehead. The stone sank into his forehead, and he fell facedown on the ground.

This is an excerpt taken from the biblical Book of Samuel. Where David, a young sheep breeder, takes on the mighty Goliath, a Philistine giant. Although David could not defeat the giant in hand to hand combat, he understood his advantage. He knew that if he could hurl a stone and hit the giant, it could incapacitate the giant long enough to slay him.

The significance of knowing your exact advantage is crucial when entering a crowded market space with established incumbents. You have to narrow in on your competitive advantage and stand out from the crowd as quickly as possible. You aren’t looking for breadth, only depth.

By finding one thing along the value chain to zero in on, companies have been able to enter a crowded space and still amass large amounts of success. Which companies have done this? I will provide two companies that have entered a competitive marketplace and discuss how they were able to differentiate themselves.

Who could forget the rental business giant, Blockbuster? There was a point where they were on top of the world with no competitors. Then came one competitor, Netflix, ran by a man named Reed Hastings. Netflix made an offer to be acquired by Blockbuster in which Blockbuster responded something along the lines with, “Why would we buy you? If we find out your business model works, we’ll just do it ourselves.”

A response like this would be debilitating for most entrepreneurs, but Reed didn’t falter. He knew there was no way he could beat Blockbuster in the current rental landscape. BUT, if he could position his business appropriately for the upcoming shift in movie rentals, he would be light years ahead of his competition.

By recognizing the increase in movie rental sales, Reed came up with a revolutionary idea. He changed his business so that the customer would no longer have to go to him to get their rentals, he would go to them. This led him to focus all of his attention on creating an online streaming service, instead of an a-la-carte movie rental store.

By focusing on streaming, Netflix was able to get a first-mover advantage in what turned into the future of movie rentals. Now, Netflix is one of the largest companies in the world, and Blockbuster is nothing but a memory.

RELATED: How to Decommoditize Your Product: The Grey Goose Story

This one is a blast from the past but, it is one of the longest corporate rivalries in history. For over 100 years, GM and Ford have been battling for the title of market leader.

Ford was the first car company to be commercialized throughout the states and in 1921 had a commanding market share in the automaker industry. Although GM was second in market share, they owned a mere 13% of the market versus Ford’s 56%. So how, in 10 years, was GM able to grow to the largest car manufacturer in the country? By focusing on one key aspect that Ford was overlooking…customization.

Henry Ford, the founder of Ford, was famous for saying, “You can have the car in any color you like, as long as it’s black.” Mr. Ford is credited for having created the assembly line. A new way of manufacturing that allowed him to make a car economically feasible for your everyday American.

But, it had a flaw. Assembly lines offer little personalization. All cars had to be made the exact same way. Alfred Sloan, then President of GM, knew he couldn’t beat Ford on price. However, if he could create a car for individual wants and desires, different cars with different personalities, he could offer a more tailored product.

Alfred Sloan became known for the quote, “We create a car for every purse and purpose.” This led GM to create cars from low end to strictly high grade. This one area of differentiation, allowing customers to pick and choose the type of car they want to have, not only let GM compete with Ford but even beat them.

You can take on Goliaths and win, but only if you know exactly where your advantage is. The trick is finding one aspect or one overlooked segment of the market that can be different. By focusing all your attention on just one aspect of differentiation, you can not only compete with giants in your space but potentially outpace them.