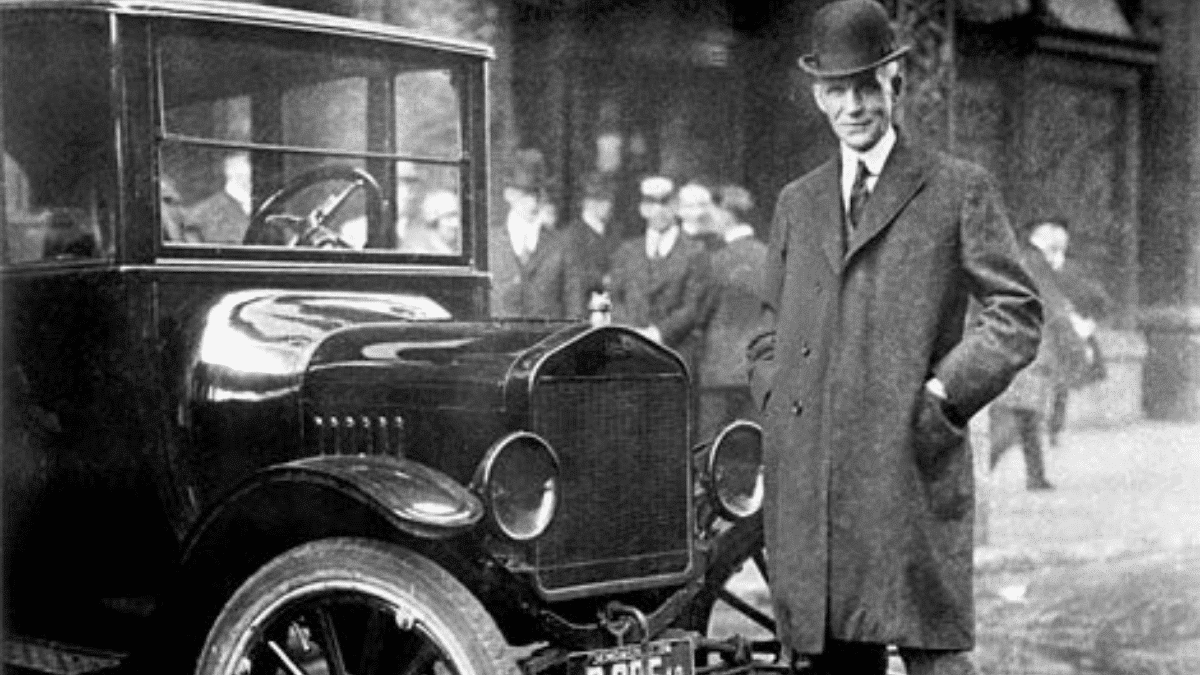 Have you ever wondered what the net worth of Henry Ford was? Well, as an American industrialist, business mogul, and founder of the Ford Motor Company, Mr. Ford had a massive fortune under his belt before passing away. Ford was also the mastermind behind developing the assembly line, a technique of mass production that allows for lower product costs. In his peak, Henry Ford would have had a net worth of $200 billion in April of 2022 (adjusted for inflation). In this article, we show you how Ford became one of the richest men in history.

Henry Ford was born on July 30, 1863, in Springwells Township, Michigan. From a young age, he showed proficiency as a craftsman. His father gifted him a pocket watch in his early teens, and Ford would spend his free time learning how to dismantle and reassemble the timepiece. By the age of 15, he was the go-to watch repairman for all his friends and neighbors in his neighborhood.

In 1879, Ford became a machinist’s apprentice in Detroit for both the James F. Flower and Brothers and the Detroit Dry Dock Company. He finished his apprenticeship by 1882 and afterward spent a year setting up and repairing Westinghouse steam engines in southern Michigan.

Ford would work as a mechanic for many other companies over the next decade. He eventually found employment at the Edison Illuminating Company by July 1891, where he was an engineer. He would become the chief engineer by November of 1893 and would go on to become good friends with Thomas Edison.

In 1899, Ford resigned from the Edison Illuminating Company and founded the Detroit Automobile Company. Unfortunately, the automobiles produced weren’t of the quality standards that Ford wanted and was too expensive for the public. By January 1901, the company had failed.

The first success for the Ford Motor Company was their creation of the 999, a car that set the land speed record at 91.3 mph.

Impressed by this invention, race driver Barney Oldfield took the car around the country, quickly leading to the Ford brand growing in popularity.

As of April 2022, Henry Ford would have had an estimated net worth of 200 billion dollars (adjusted for inflation). As the inventor of the first automobile that middle-class Americans could afford, he changed the automobile from a luxurious purchase to an accessible mode of transportation that radically altered the landscape of the 20th century.

As the Ford Motor Company founder, he became one of the richest and well-known people in the world along with other business moguls of his time like John D. Rockefeller and Andrew Carnegie.