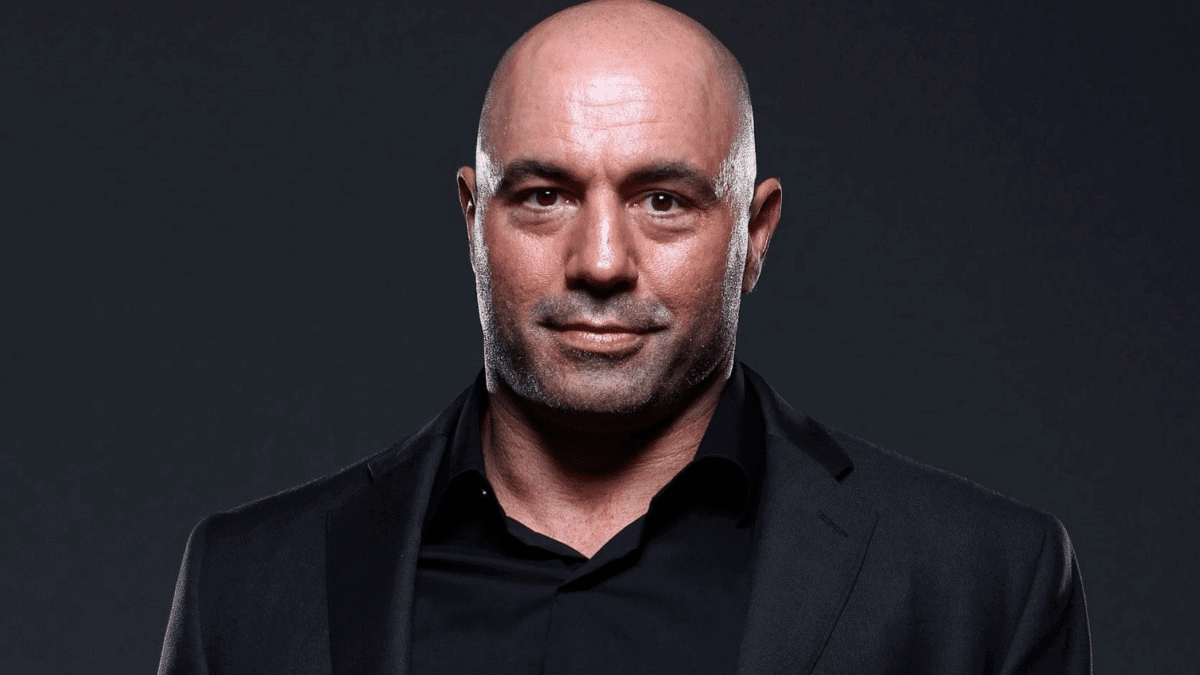 Have you ever wondered what the net worth of Joe Rogan is? Well, as a comedian, podcast host, and UFC commentator, the man has quite the resume. Outside of having one of the most popular podcasts ever, Joe Rogan has landed some lucrative contracts that have added up.

As of August 2022, he has a net worth of $120 million net worth. In this post, we’ll show you exactly how he navigated his career and got paid the big bucks.

Joe Rogan was born on August 11, 1967, in Newark, New Jersey. His father worked as a cop for the city while his mother cared for him. Unfortunately, household violence and abuse were not uncommon for Joe.

At age 5, Joe Rogan’s parents divorced, with his mother holding full custody. Joe Rogan has reportedly not spoken to his father since.

For the next several years, Rogan and his family relocated from city to city. Eventually, they found themselves residing in Newton Upper Hills, Massachusetts. In this city, Rogan first began taking karate lessons at 14.

From an early start, Rogan showed great potential in the sport and quickly picked up the mechanics. At age 15, Rogan transitioned to Tae Kwon Doe, where he learned to perfect his roundhouse kick, which would later be his signature move.

In many interviews, Joe Rogan accredits his confidence in martial arts. He even described fearing “being a loser” as a child. This mentality led Rogan to profoundly develop his skills throughout his adolescence. Eventually, in 1985, Joe Rogan graduated from Newton South High School.

Shortly after graduating, Rogan won the US Open Championship Taekwondo tournament as a champion. This gained him lots of traction and recognition in the mixed martial arts world.

He retained his championship status for four straight years, eventually becoming a Taekwondo instructor. Aside from this, Joe Rogan also held a 2-1 record in amateur kickboxing. This ended shortly as Rogan began to fear long-term injuries and complications.

After dropping out of the University of Massachusetts Boston, Joe Rogan took his interests to New York City in pursuit of a career in stand-up. Rogan has said in many interviews that the comedy “Live on the Sunset Strip” impacted his perspective on entertainment profoundly.

He recalls never laughing more at a movie and feeling so happy. It was this feeling that he would try to emulate for his audience as much as possible in his performances.

At age 21, Rogan performed his first stand-up routine at an open-mic event at Stitches Comedy Club. He continued performing at different clubs to perfect his comedic craft. On the side, Rogan worked several jobs to make ends meet.

Eventually, at one of Rogan’s standout shows, a well-connected manager approached him and asked if he could manage his professional endeavors. From that moment forward, Rogan’s life was never the same.

In 1994, Joe Rogan moved to Los Angeles to pursue his entertainment career. His first national television gig began on the MTV show, Half-Hour Comedy Hour. The appearance resulted in the MTV network offering him a three-year exclusive contract.

Rogan declined, but this interest prompted his manager to send tapes of Rogan’s performances to several networks, which eventually sparked a bidding war. After a period of heavy negotiation, Rogan accepted a development deal with Walt Disney Network.

He secured his second major acting role in the 1994 sitcom HardBall, which premiered on Fox. Here, he played Frank Valente, a young, ego-centric star player on a professional baseball team.

Eventually, Rogan found a way to blend his entertainment skills with his mixed martial arts expertise. In 1997, Joe Rogan began working as a backstage commentator for the UFC, Ultimate Fighting Champion. He got his start at UFC 12 in Dothan, Alabama.

After the UFC was acquired in 2001, Joe Rogan maintained his momentum with the movement by becoming good friends with the new owner, Dana White. White hired Rogan as a full-time commentator for all UFC events.

Rogan continued to commentate for the organization until 2016. Throughout his time, he covered many legendary mixed martial artists, like Jose Aldo and Conor McGregor.

Rogan has stated that his experiences with the UFC have been some of the best in his entire career.

Joe Rogan has been a successful actor, commentator, and martial artist. However, he has also made his fortune through various business ventures.

Some of Rogan’s earliest business investments included a partnership in a chain of gyms called Ultimate Fitness and a minority share in the software company Lotus Development.

Later on, Rogan would go on to invest in other successful companies like the social media platform Twitter, the electric car company Tesla, and the home-sharing company Airbnb.

In addition to his primary residence in Los Angeles, Rogan owns several pieces of real estate across the United States.

Rogan’s first major purchase was a $2 million home in Bell Canyon, California. He later sold this property for a $3 million profit.

Rogan has also made significant investments in the stock market. He claims to have quadrupled his net worth by investing in companies like Amazon and Apple.

As of August 2022, Joe Rogan has a net worth of $120 million. One of his most recent drivers of net worth is his now widely acclaimed podcast, The Joe Rogan Experience. Here, Rogan would interview several different personalities with different fields of expertise.

Joe Rogan has obtained affiliate connections and endorsements through his podcast that pay him roughly $30 million a year.

By August 2010, The Joe Rogan Experience had landed itself on the top 100 podcasts on iTunes. In January 2015, the podcast had been downloaded over 11 million times. In April 2019, Rogan said that his podcast got 190 million downloads each month!

In 2020, Joe Rogan announced a Spotify partnership licensing deal worth an estimated $100 million.

Rogan is still very involved in the UFC world and is set to commentate UFC 247, one of the biggest fight cards of the year, alongside Daniel Cormier and Jon Arik.

“You can’t keep living in your comfort zone and expect different results.”

“The only way to know what you’re capable of is to go out and do it.”

“I don’t care about making history, I just want to make a good living.”

“You can be rich and happy, or you can be poor and miserable… it’s up to you.”

“You can be anything or anyone that you want. Just act like it.”