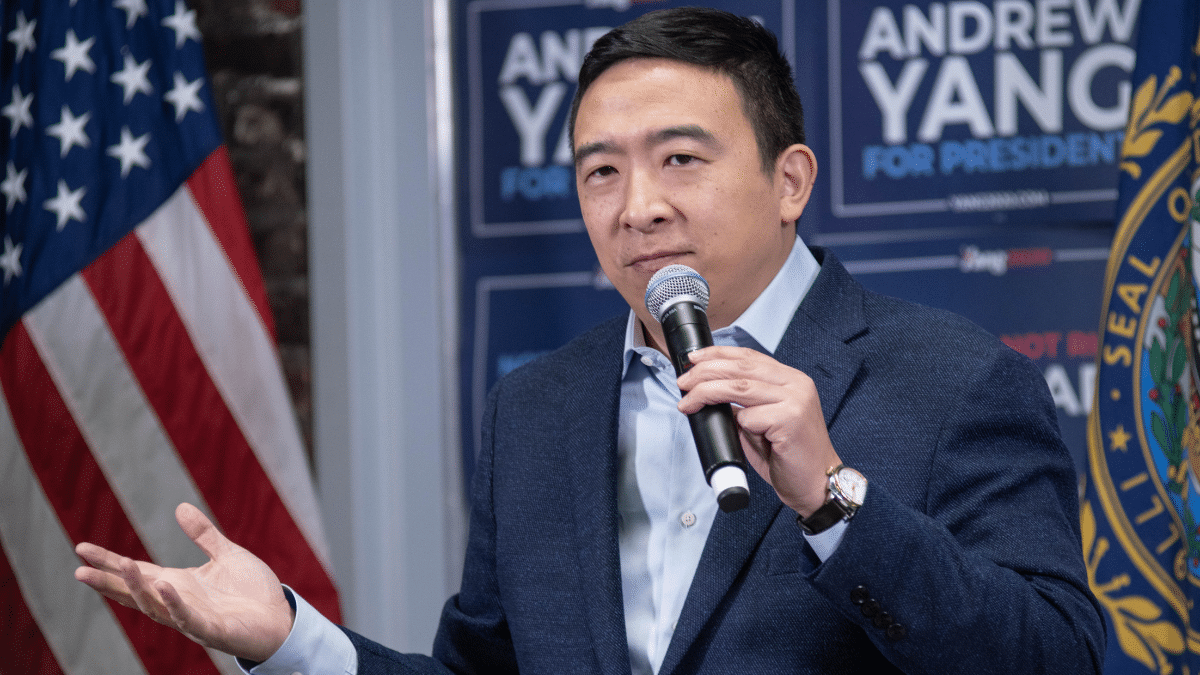 Have you ever wondered what the net worth of Andrew Yang is? Well, the American businessman and political candidate has made a name for himself. He is famously known for being a candidate in the 2020 Democratic Party presidential primaries and the 2021 New York City Democratic mayoral primary. As of April 2022, Andrew Wang has a net worth of $1 million. This post will dive into how he achieved such great success.

On January 13, 1975, Andrew Yang was born in Schenectady, New York. His father was a researcher for IBM and General Electric, and his mother was a system administrator at a University.

Yang and his older brother Lawrence grew up in Somers in Westchester County, New York, and they were both bullied and called racial slurs at the public school they attended.

Yang then attended Phillips Exeter Academy and was an excellent student. He was a part of the 1992 U.S national debate team that competed for a world championship in London.

His good grades, paired with his success on the debate team, earned him a spot at Brown University, where he earned his undergraduate degree. Upon graduating, he went to Columbia Law school and earned a Juris Doctor degree.

With two degrees under his belt, Yang was ready to enter the workforce and began his career as a corporate attorney at Davis Polk & Wardwell in New York City.

After five months, Yang left the company because he didn’t enjoy the work and was not satisfied.

He decided he wanted to do his own thing. Wang and officemate, Jonathan Phillips launched Stargiving, a website for philanthropic fundraising. The site saw some initial success but ultimately failed.

Yang then teamed up with close friend Zeke Vanderhoek and worked at the test preparation company Manhattan Prep.

A few years after joining, Yang would become CEO and expand the company immensely, growing from 5 to 69 locations.

After Kaplan Inc acquired the company in 2009, Yang resigned and was eager to start another new challenge.

VFA was a huge success, and in 2014, the company had a graduating class of 106, gaining national recognition from the Obama administration.

Yang was recognized by the White House program Champions of Change as 1 of 500 people across the country for extraordinary work in their community. He was also named Presidential Ambassador for Global Entrepreneurship.

His work with the Obama administration jump-started his political career, and in 2017 he filed with the Federal Election Commission to run for president of the United States in 2020.

His campaign was heavily reliant on the internet, and that’s where he gained most of his support. He was able to build momentum but ultimately decided to drop out of the race and endorse Joe Biden.

In 2021, Yang announced his New York City mayor bid and immediately emerged as the front runner for the race. However, he placed fourth in first-place votes on election night, causing him to end his campaign.

As of April 2022, Andrew Yang has a net worth of $1 million. The majority of his wealth is from his time as CEO of Manhattan Prep. He also is the author of forwarding: Notes on the Future of Our Democracy. Yang has shown the ability to lead others and promote positive change within various communities. His actions lead to a high income, but money isn’t his primary concern. As time goes on, he’s likely to continue his work and help people in need.