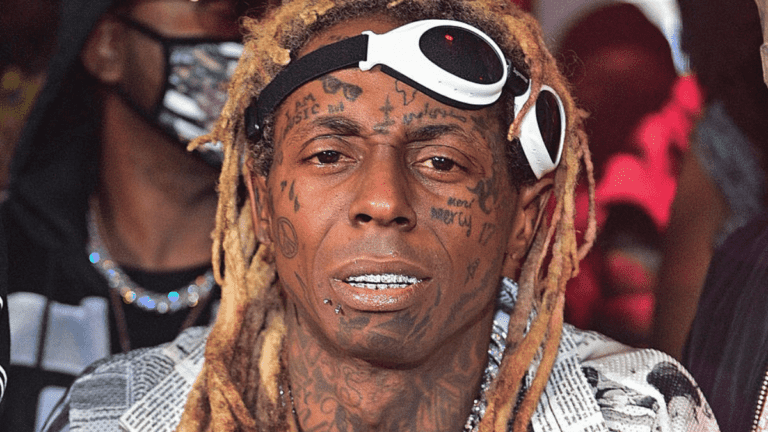 Have you ever wondered what the net worth of Lil Wayne is? If you’re a fan of hip-hop music, odds are you have heard of him.

Lil Wayne is an American rapper, singer, songwriter, record producer, record executive, and actor. Lil Wayne is widely regarded as one of the greatest rappers of all time.

Additionally, he’s also regarded as one of the most influential hip-hop artists of his generation.

Having dominated the rap scene for the majority of the early 2000s, Lil Wayne definitely has a tale to draw inspiration from.

This post will discuss how Lil Wayne built his net worth and what we can learn from his story.

His parents were Dwayne Michael Turner and Jacida Carter. Carter’s parents divorced when he was only two years old. Consequently, his father left the family.

Because of this, Carter would eventually decide to drop the name “Dwayne” for “Wayne.”

Carter grew up in the low-income neighborhood of Hollygrove in New Orleans. However, this was not enough to stop Carter’s talents from being noticed early on.

In elementary school, Carter had been accepted into the honors program. Additionally, he joined the drama club and often sang.

By the age of eight, Lil Wayne had written his first rap song! The young boy quickly fell in love with the art of rapping and never stopped.

A few years later, he caught the attention of none other than Birdman.

Considering Birdman is the CEO of Cash Records, this was huge for Wayne and his family. The young male artist was soon signed at the age of twelve.

This also makes Lil Wayne the youngest rapper ever signed!

Unfortunately, this was not enough to numb Carter’s internal pain. At the age of 13, he shot himself in the chest with a 9mm pistol.

Carter was rushed to the hospital by an off-duty police officer. He has since admitted this was a suicide attempt and a result of his mother’s disapproval of his rapping career.

In 1997, Dwayne Carter Johnson joined the Hot Boys. Additionally, Cash Money artists Juvenile, B.G, and Turk. Hot Boys’ debut album “Get It How U Live!” was released the same year.

In fact, the project landed the group on the Billboard Top Hip-Hop Tracks. Lil Wayne was only 14 years old at the time! Carter was clearly a standout talent from the group.

It didn’t take long before the young star began to pursue a solo career.

Wayne released his debut solo album, “Tha Block Is Hot” when he was only 17! Additionally, the project did very well.

Tha Block Is Hot debuted in the number three spot on the Billboard Top 200, adding to his billboard music awards. Later, the album was certified platinum by the RIAA.

The album earned Carter a nomination for “Best New Artist” in the 1999 edition of Source Magazine.

While his debut album certainly put him on the map, his next two albums failed to capture the same level of success. This put Carter under higher pressure to drop his next best project.

Starting in 2004, Lil Wayne embarked on a journey of unparalleled success. This success was made possible by the popularity of his “Tha Carter” album series.

The first was released in 2004 and instantly became a hit success.

Aware of Lil Wayne’s potential, Birdman supported the rapper and helped Wayne release the next pieces in the series.

It was massively successful, with over 1.3 million copies sold in 2008. The album went double platinum in September 2020 after it surpassed over 2 million in album sales.

The album “The Carter III” was released in 2008. The album is considered by many his best album.

The album went platinum in its first week and has now been certified 6x platinum by the RIAA.

The next period of net worth success for Lil Wayne was during his involvement with YMCMB. YMCMB was a collective of artists, including Nicki Minaj and Drake.

The group recorded songs together and was often heard on popular radio stations in the early 2010s. This period of time established Lil Wayne as a household name.

The other members of YMCMB similarly continued to have ultra-successful careers, respectively.

Wayne started a clothing brand, TRUKFIT, in 2012. This fashion line mixes skateboarding with street lifestyle apparel. The brand stands for, “The Reason You Kill For It.”

Wayne says he came up with the name for the brand from his childhood experience. As a kid, Wayne and his friends would buy knockoff clothes from the back of a truck that drove by his neighborhood.

Lil Wayne purchased a spectacular residence in the prestigious Hidden Hills area for roughly $15.4 million. The exclusive area is home to a host of high-profile actors including Drake, The Weeknd, Lori Loughlin, Dwyane Wade, and Jeffrey Star.

Lil Wayne’s residence is a farmhouse mansion and even has a guesthouse.

The Lil Wayne home offers a number of different facilities such as a wine cellar, fitness studio, and theatre room. All bedrooms are situated on two levels, each having a private bathroom.

Wayne’s first big real estate purchase was in 2006 when he bought a house for $1.75m in the Holly Grove area of New Orleans. It is a 10,000-square-foot building with five rooms and seven bathrooms, including an indoor and outdoor gym with rubber floors, marble steps, and more.

It also features a 4-car garage overlooking sand dunes, a cinema room, a pool house, and a salon.

Lil Wayne has had numerous criminal convictions. In 2007, he was arrested and plead guilty for charges regarding criminal weapons possession. He was sentenced to one year at Rikers Island jail but would only serve 8 months.

In 2020, Wayne was again charged with one count of possessing a firearm after a search of his private jet in Miami. He faces up to 10 years in prison if convicted.

As of January 2023, Lil Wayne has a net worth of $150 million. Lil Wayne has sold more than 120 million records worldwide, including over 15 million albums and 37 million digital tracks in the U.S. alone.

He has a plethora of billboard music awards and grammy awards. He is a prolific rapper and is considered one of the best rappers in the world. Lil Wayne is also one of the few music artists who can comfortably earn north of $20 million annually.

It is interesting to note that today, Lil Wayne’s majority net worth can be attributed to his royalty rights and contracts with Cash Money records.

This is especially intriguing considering the rapper has not released music in years but still sits in the top ten wealthiest hip-hop artists alive!

Who is richer, Drake or Lil Wayne?

Nicki Minaj and Lil Wayne are very close friends. This makes sense as Lil Wayne discovered Nicki Minaj in 2007 and would work on a few projects with her, which helped bring her to the spotlight.

How many awards and nominations does Lil Wayne have?

Your starting line is not your end destination

Lil Wayne demonstrated a true rags-to-riches story. Going from an impoverished city in New Orleans to the top-ten wealthiest rap artist is nothing to scoff at.

Similar to Lil Wayne, we are also bound to have a drastically different final destination than our early life.

We must remember that it is up to us to find passion, and sometimes you have to do something other people may not agree with.

Use your pain as motivation

From an early age, Carter dealt with multiple sources of pain. While he had his fair share of weak moments, the star learned to use this pain as fuel for motivation.

Similarly, we can reflect on the things in our lives that challenge us the most, and use this energy for something positive!

Whether it was joining groups in the beginning or commercializing a rap empire, Wayne never quit brand expansion.

Similarly, we should always look to leverage our brand in any way we can to help push our net worth to the next level!