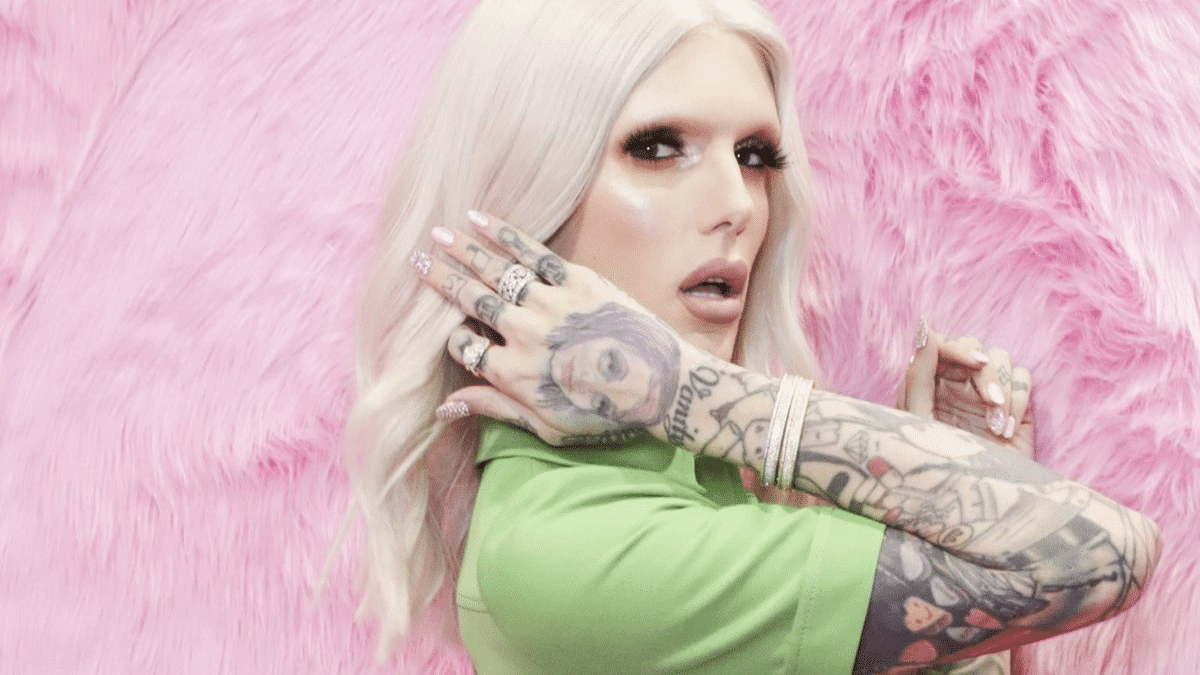 Have you ever wondered what the net worth of Jefferey Star is? Well, the American Youtuber, entrepreneur, makeup artist, and former singer has built an empire of wealth. He is the owner of Jeffree Star Cosmetics and has built a massive following. As of April 2022, Jeffree Star has a net worth of $200 million. This post will illustrate how Star achieved such great success.

As a kid, cosmetics always interested him, and he gravitated toward his mothers’ makeup collection. He began experimenting with her various products and convinced his mother to let him wear makeup when he was in middle school.

He graduated from Pacifica High School in Garden Grove, California. After high school, he rebranded himself and changed his name to Jeffrey Star. He moved to Los Angeles and worked various jobs to support himself.

Star was eager to get involved in the Hollywood scene and used a fake ID to attend Hollywood clubs. This allowed him to meet new people, network, and get his name out there as an aspiring makeup artist.

Star needed a social media platform to create content, and at the time, none were more prominent than MySpace. He started to use MySpace as a blog, giving insight into his personal life. Star is gay, and he also used the platform to inspire people of the LGBTQ+ community.

His following began to soar, and he started to post music. He quickly became one of the more popular independent artists on the site.

In 2009, Star released his only studio album Beauty Killer, which peaked at number seven on the US Billboard Top Electronic Albums. It included features from Nicki Minaj and Lady Gaga.

Despite the early success, he had a lot of issues with his label. These issues caused Star to leave the music industry and go all-in with his first passion, makeup.

In 2014, he used his savings to create an e-commerce makeup brand, Jeffree Star Cosmetics. By this time, Myspace’s popularity as a social network had dwindled drastically. Therefore Star turned to Youtube to market his brand.

His first cosmetic release was a collection of liquid lipsticks and then expanded to various palettes, scrubs, and clothing accessories.

He has successfully turned the brand into a cosmetic powerhouse, and his following on YouTube has boomed to over 17 million subscribers with over 2 billion views.

As of April 2022, Jeffree Star has a net worth of $200 million. His wealth is primarily from his cosmetics brand and his presence on Youtube. Star has successfully turned his passion into a way of life, and at this rate of success, his worth should only continue to grow.