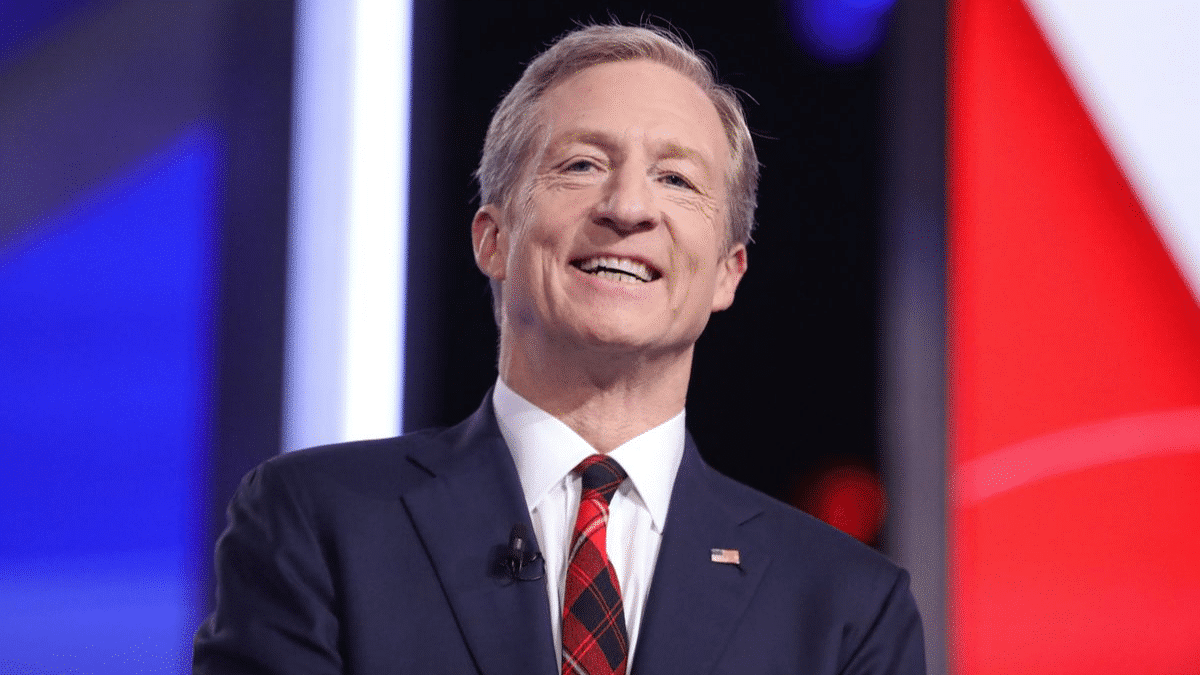 Have you ever wondered what the net worth of Tom Steyer is? Well, he is a very successful businessman and hedge fund manager and has abundant wealth. He co-founded Beneficial State Bank and managed billions in capital for various institutions and high net worth individuals. He is a philanthropist and environmentalist and well involved in politics. As of April 2022, Tom Steyer has a net worth of $1.4 billion. In this post, we will dive into how he achieved such great success.

Steyer was born on June 27, 1957, in New York City and grew up on Manhattan’s Upper East Side.

His father, Roy Henry Steyer, was a partner at the New York Law Firm of Sullivan & Cromwell and was a prosecutor at the well-known Nuremberg Trials. His mother, Marnie, was a remedial reading teacher at the Brooklyn House of Detention.

Steyer attended the Buckley School and Phillips Exeter Academy. He was brilliant and did well in school, earning him a spot at Yale University to graduate with a degree in economics and political science.

After graduating, he entered the workforce and began his career at Morgan Stanley. After two years at the company, he attended Stanford Graduate School of Business. He was a scholar and served on the board of trustees for the university.

With school behind him, he was ready to focus primarily on his career. In 1983, he started working at Goldman Sachs as an associate in the risk arbitrage division.

Steyer was successful at Goldman Sachs but was eager to create something of his own. Therefore, in 1986, he launched Farallon Capital, a hedge fund firm located in San Francisco.

He used his experience from prior corporations to dominate the hedge fund industry. Hedge funds are known for their absolute return investing model, which focuses on potential returns and risk-adjusted returns.

The strategy made Farallon one of the biggest hedge funds globally, and Steyer made a fortune.

As time went on, Steyer’s attention would shift again, and he became focused on bettering the environment. In 2012, he spent time advocating against the expansion of the Keystone Pipeline due to the negative impact it had on the environment.

Additionally, in 2013, he and former New York City Mayor Michael Bloomberg launched The Risky Business Project, which focused on quantifying and publicizing the associated economic risk of climate change.

Steyer has also launched several philanthropic projects, such as the creation of Beneficial State Bank, which provides commercial banking services to underserved small businesses and individuals in the Bay area.

Steyer has done a brilliant job of using his position of power and wealth to give back and make a difference within the country.

As of April 2022, Tom Steyer has a net worth of $1.4 billion. His fortune was made through his hedge fund and he has now stepped down from his position at Farallon. The over $27 billion assets under management for the fund were primarily due to his efforts and success.

Steyer is still very involved in politics and spent millions in television campaigns advocating for the then President Donald Trump. He also ran for president in 2020 as a self-funded democratic candidate but would later drop out of the race. Steyer has been a successful businessman but arguably most known for his philanthropic and environmentalist work.