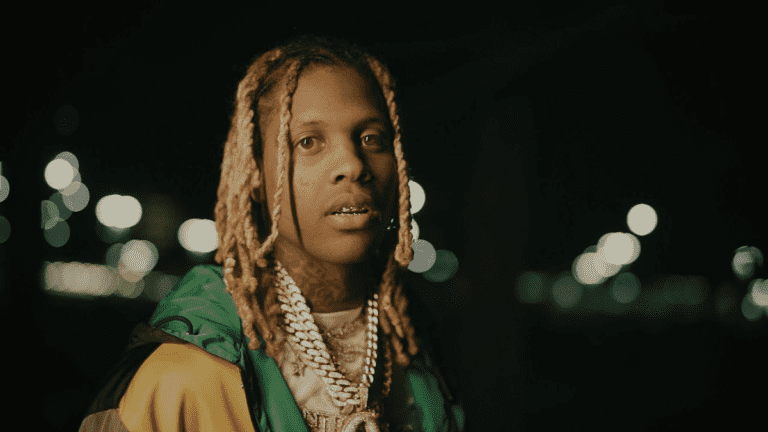 Have you ever wondered what Lil Durk net worth is? As one of the best rappers to come out of Chicago, the man has built quite the resume.

He is famously known as the founder of the Only The Family (OTF) record label.

This post will illustrate how he achieved his success.

His father, Dontay Banks, was incarcerated when Durk was just seven months old. This left Durk with large responsibilities growing up.

Due to being the man of his house at such a young age, he and his brother Dontay Banks had a tough childhood.

Some days meals were hard to come by, and Durk would begin to search for options to better their situation. He would start to build an online presence with YouTube and Myspace.

Durk began to gain a following, which caused him to consider making music and becoming a rapper.

By the time he was 17, Durk would become a father and develop a more mature outlook on life.

Little did he know this decision would change his life, and he’d become one of the biggest names out of Chicago.

Durk would start his rap career by releasing two singles, Sneak Dissin and Ima Hitta. Both releases gained positive reviews, which gave him confidence that he could thrive as a rapper.

On October 12, 2012, he dropped the mixtape Life Ain’t No Joke. The project was successful and has been downloaded over 216,000 times on DatPiff.

He would follow up with a single L’s Anthem, his biggest single out at the time.

The early success of Durk made him a hot commodity amongst record labels. The calls started to come in, and Durk had various options.

Durk would end up negotiating a deal with Def Jam Recordings. He would accept a joint venture deal with his label OTF and Def Jam. His first mixtape under the deal was Signed to the Streets.

The mixtape produced the hit single Dis Ain’t What u Want, earning him a spot in the 2014 XXL’s freshman class.

Durk had officially established himself as one of the best young rappers in the industry.

He was ready to stray away from mixtapes for a bit and drop his first studio album. On October 2nd, 2015, he would do just that and release Remember My Name.

Under Def Jam, he would release another studio album, Lil Durk 2x. The album peaked at number 29 on the Billboard top 200. The album underperformed, and Durk was expecting to top his prior album.

As a result, Durk would look for a new beginning and would depart from Dej Jam records and become a free agent.

In March 2018, as an independent, he released Just Cause Y’all Waited exclusively on Apple Music.

The mixtape would be the first non-album project to gain a Billboard top 200 entry, peaking at 57.

A few months later, Durk signed with Interscope Records, giving him the fresh new environment that he craved.

Durk would get right back to work and release Signed To The Streets 3 and Love Songs 4 the Streets 2.

The latter peaked at number 4 on the Billboard 200, generating the hype that Durk expected.

The album showed that he could put together a critically acclaimed project, and Durk earned more respect.

He would build on his momentum and, in May of 2020, released his second highest-charting song, 3-headed Goat, featuring Polo G and Lil Baby.

The song peaked at number 2 on the Billboard top 200.

Later in the summer, he would team up with Canadian rapper Drake and release the hit song Laugh Now Cry Later.

It would become his highest-charting single, debuting at number 2 on the Billboard top 200.

It received nominations for best melodic performance and rap song at the 63rd annual Grammy awards.

Durk would cap off 2020 with his sixth studio album, The Voice. The album reached as high as 1 on the Billboard top 200 and was a nice wrap-up to a massive year for Durk.

He has become a household name, and fans patiently waited for new content.

Durk delivered with the release of 7220 in March of 2022. The album debuted at number 1 on the top 200 billboards and sold over 120 thousand units in the first week.

This further solidified Durk’s position in the rap game, and it’s only up from here for the Chicago Star.

As of December 2022, Lil Durk has a net worth of $3 million. Music has provided an outlet for Durk to express the pain and turmoil he experienced growing up in Chicago.

His wealth is mostly from music streams, live performances, and features. He has become the voice of the streets, and it’s safe to say his worth will only increase over time.

Durk had a tough childhood and early life, but he was able to persevere and make something out of himself.

Everyone has a struggle, but it’s important to keep in mind that better days are ahead. Keep your head up and keep grinding to better your situation.

Durk made a label change in the middle of his rap career, which some may consider risky. He went with his gut and felt a change in environment was needed and, as a result released two great albums. At times a massive change in life can be beneficial to your success.