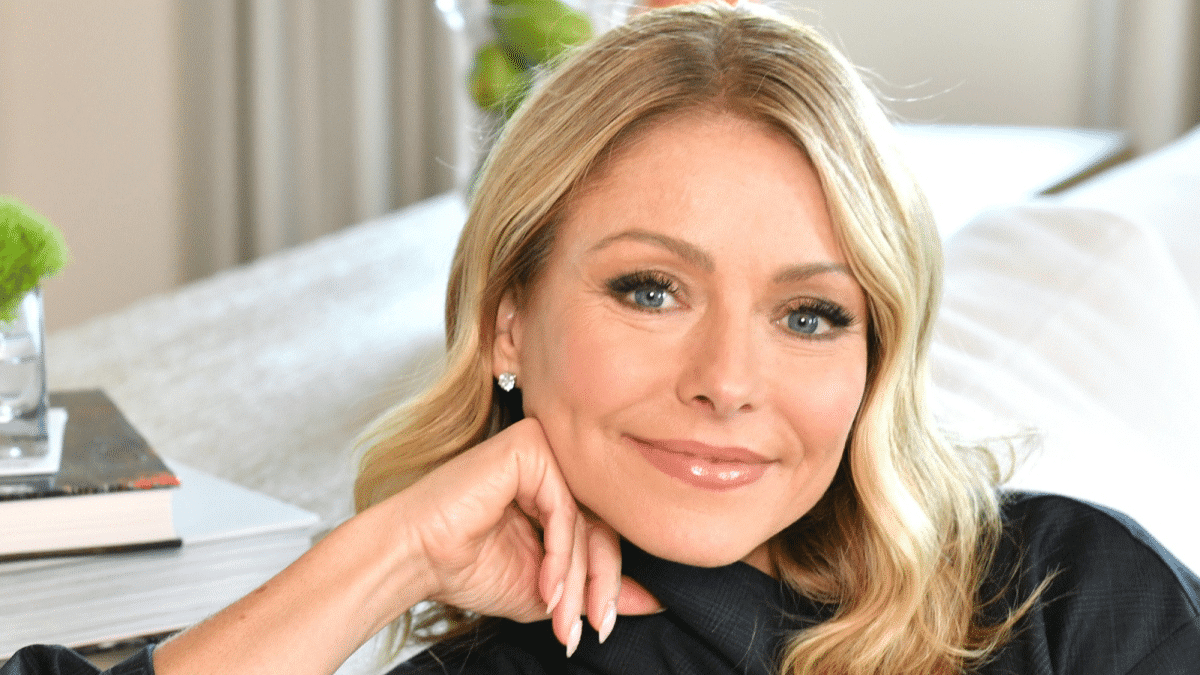 Have you ever wondered what the net worth of Kelly Ripa is? You may know her as the co-host of “Live with Ryan and Kelly,” but Ripa’s career amounts to much more than her talk show. She starred in one of the most popular soap operas of all time and is a soon-to-be author. As of May 2022 Kelly Ripa has a net worth of $120 million. In this post, we’ll show you exactly how she achieved such great success.

Kelly Ripa was born on October 2, 1970, in Berlin, New Jersey to parents Esther and Joseph Ripa. Her mother is a homemaker and her father is the Democratic County Clerk for Camden County, New Jersey.

Without any family in the world of show-biz, it didn’t seem like acting was on Ripa’s horizon at first. Little did her family know that she’d be one of the most popular TV personalities one day. And that she’d make a huge profit from doing so.

Ripa was first introduced to acting while attending Eastern Regional High School in New Jersey. There, her drama teacher encouraged her to pursue acting as a career and she starred in local theater productions. She briefly attended Camden County College, but dropped out and moved to New York City to give her acting career a real chance.

From there, the rest is history.

Ripa earned her first national acting gig in 1986 as a dancer on “Dancin’ on Air,” a dance music reality show, which led to another job on Dance Party USA, a show of a similar nature.

In 1990, Ripa landed the role of Hayley Vaughn Santos on the hit soap opera “All My Children.” The role, which Ripa played until 2002, launched her career in acting and even introduced her to her future husband Mark Consuelos, who played her character’s on-screen love interest.

According to IMDb, Ripa was nominated for five Soap Opera Digest Awards while acting on the show. In 1998 she won the award for Hottest Romance with Consuelos. In 1996 and 2000 she won the awards for Outstanding Younger Leading Actress.

Ripa additionally appeared in the movie “Marvin’s Room” in 1996 where she acted alongside stars such as Leonardo DiCaprio and Meryl Streep. From 2003-2006, Ripa also played the character, Faith, in the sitcom “Hope & Faith.

Live with Kelly and Ryan (and others!)

Ripa is most famous for co-hosting the morning talk show “Live with Kelly and Ryan.” The show features Ripa chatting with co-host Ryan Seacrest about their personal lives and pop culture news. It also features guests and live musical performances.

Ripa’s net worth is arguably what it is today because of her infamous role on the show.

She landed this gig back in 2001 and initially co-hosted alongside the late Regis Philbin, who had been hosting the talk show since 1988. The show was titled “Live with Regis and Kelly” from 2001- 2011. In 2011, Philbin Retired and in 2012, former NFL player Michael Strahan co-hosted the show, “Live with Kelly and Michael,” until 2016.

Although the show was already popular with Ripa’s other co-hosts, fans seem to particularly enjoy watching Ripa and Seacrest interact. According to Closer Weekly, the two have great chemistry and are “very in sync with each other.” Ripa and Seacrest are genuinely close friends, and Ripa claims this is the most fun she’s on the show since joining.

According to IMDb, Ripa was nominated for several People’s Choice Awards, and she won five Emmys for her role on “Live.” In 2015 she received a star on the Hollywood Walk of Fame, and in 2017 was inducted into the New Jersey Hall of Fame.

“Live” currently reaches over 3.2 million viewers a day, and it’s no doubt that Ripa and Seacrest are making a huge profit from it. It is estimated that Ripa’s salary from the show is $22 million.

It’s no doubt that Ripa’s net worth is largely due to her time on “Live.” However, she has also worked on a number of other projects that contribute to her wealth.

In regards to acting, Ripa has also appeared on “Riverdale,” “Ugly Betty,” “Homemade Millionaire,” and more.

Additionally, Ripa and Consuelos own their own production company, Milojo Productions. They’ve sold scripts to ABC, HBO, and Hulu. In December 2020, Deadline reported that the pair will be creating a spin-off “All My Children” through their production company.

On top of acting and producing, Ripa is also a popular celebrity for brand endorsements. She makes millions endorsing brands such as Colgate, Tide, Pantene, Ancestry.com, Electrolux, and more.

Ripa will additionally be adding “author” to her growing list of professions. In July 2021, Ripa announced that she will release her first book “Live Wire.” The book will be composed of personal stories about marriage, motherhood, acting, and her life off-screen.

Ripa’s clearly earned a healthy fortune with all of the projects she’s worked on.

As of May 2022, Kelly Ripa has a net worth of $120 million. She got her start on the hit show “All My Children.” This led her to successfully co-host “Live with Kelly and Ryan.”

Ripa is most known for her role as a talk-show host but has also earned her fortune through endorsing brands, owning a production company, and writing a soon-to-be-released book.