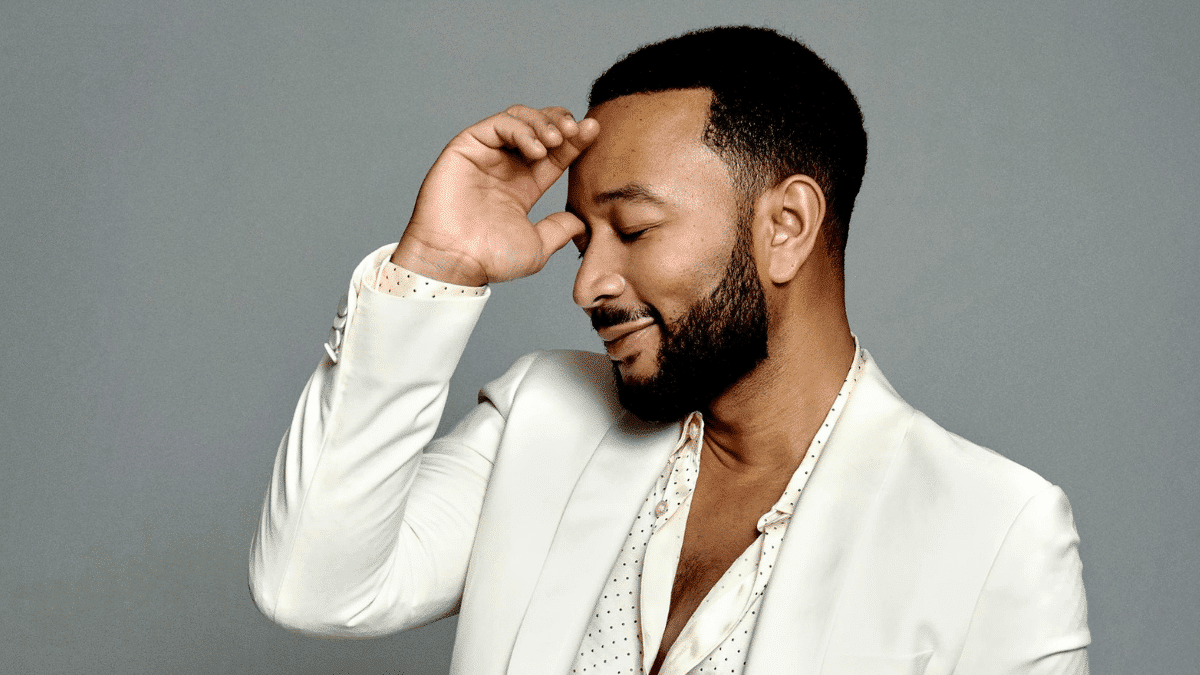 Legend was born on December 28th, 1978 in Springfield, Ohio. While his parents had manual jobs (seamstress and factory worker), they were also musical talents in their community. His mother, Phyllis led the Church choir and his father, Ronald was a drummer. They were instrumental (no pun intended) in encouraging him to pursue music and develop his skills.

Legend’s mother homeschooled him through the 8th grade and, due to his academic prowess, was able to skip two grades. He also began playing piano at 4 and for his Church choir at 7. His quick academic track allowed Legend to attend North High School in Springfield, at age 12.

He graduated as salutatorian 4 years later and was offered admission to top schools such as Harvard, Georgetown, and Morehouse College. Ultimately, Legend decided to attend the University of Pennsylvania. He graduated in 1999 with a Bachelor’s degree in English, with a focus on African-American literature.

Throughout his time at UPenn, Legend continued to showcase his musical talent. He joined an a capella group, the Counterparts, and was one of the best collegiate vocal leads in the country. This allowed him to receive public recognition and opportunities to collaborate with artists.

Upon graduating, Legend began a career as a Management Consultant with the highly-regarded Boston Consulting Group (BCG). During his free time, however, he continued to produce and write music. After creating several albums for his own shows, Legend was introduced to Kanye West, a rising star at the time.

Legend released his debut album, Get Lifted, in 2004, with the help of West and other notable artists, will.i.am, and Dave Tozer. The album would be certified Gold by the RIAA, representing a great start to his career. Other albums include Once Again (2006) and Love in the Future (2013). In total, Legend has sold hundreds of thousands of records.

Legend’s musical success allowed him to secure a role as Coach on the popular talent show format The Voice. Similar to other talent show franchises made famous by Simon Cowell, Legend mentors contestants and competes with the other coaches in hopes of one of their mentees winning the competition. It’s reported that Legend earns over $12 million per season for his role!

Legend is also known for his marriage to model and actress, Chrissy Teigen. The pair dubbed a ‘power couple’, is one of the most influential in the entertainment industry. They met in 2006, married in 2013, and are now the parents of two young children.

As of April 2022, John Legend has a net worth of $75 Million. While this would include some of Teigen’s wealth, Legend has accrued the majority himself. His influence in the music and entertainment industries is undeniable.

Legend has won eleven (11) Grammy awards and an Academy Award for Best Original Song for co-writing “Glory” in the movie Selma. In addition to those, he’s also won a Tony award for co-producing Jitney on Broadway and a Primetime Emmy for producing NBC’s adaptation of Jesus Christ Superstar.

This makes him just the 16th person, 1st black man, and second-youngest person ever to win all 4 EGOT awards.