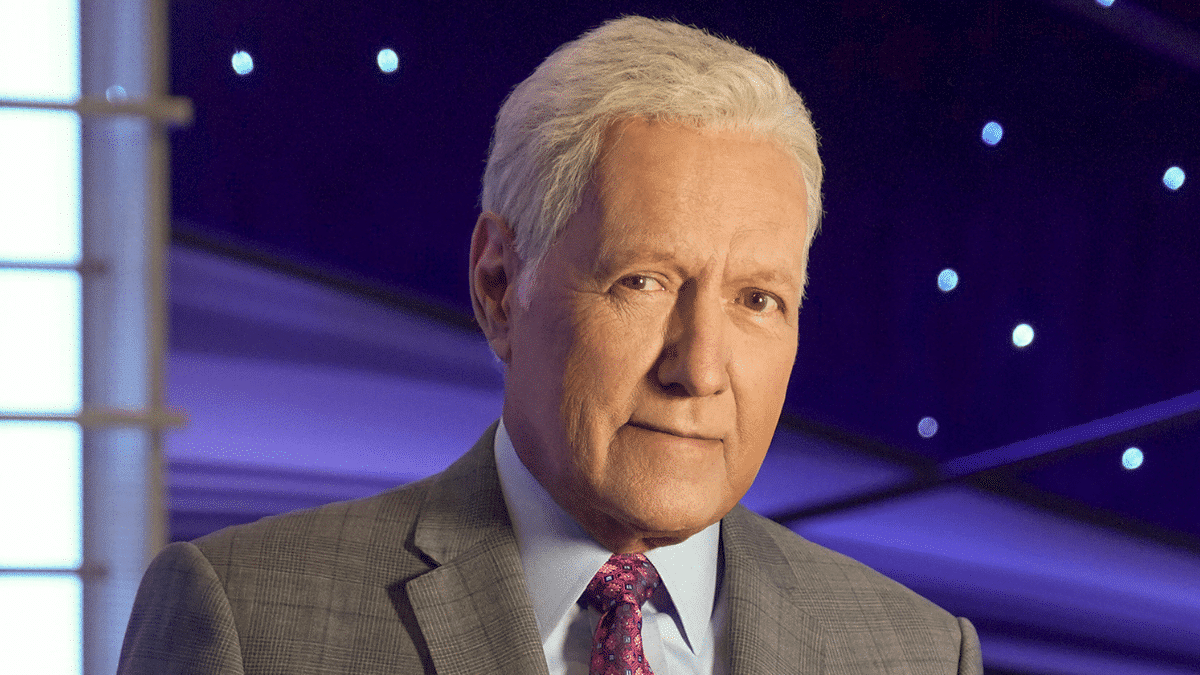 Have you ever wondered what the net worth of Alex Trebek is? At the time of his passing in 2020, the game show host was valued at $75 million. From hosting Jeopardy for 36 years and numerous other game shows, find out how Alex Trebek became the television icon he is today.

Alex Trebek was born George Alexander Trebek on July 22, 1940, in Sudbury, Ontario. Trebek grew up in a bilingual family, speaking both English and French in his household. He also had a bit of a rebellious streak growing up. Trebek almost got expelled from boarding school and even dropped out of military school after being told to cut his hair.

Trebek graduated high school at Sudbury High School, and later earned a degree in Philosophy from the University of Ottawa.

Interestingly, Alex Trebek’s first job wasn’t in the broadcasting field either. His first job was as a bellhop at the same hotel his father worked as a chef. It wasn’t until Trebek attended the University of Ottawa that he wanted to pursue a career in television.

Trebek immediately went to work for the CBC, the Canadian Broadcasting Corporation, in 1961 after earning his degree. Alex Trebek said that he did every job he could, and eventually became a reporter CBC. He eventually began reading the CBC national radio news and was also in CBC Radio and CBC Television.

Trebek’s first hosting gig was in 1963, with the music program called Music Hop. Other early accolades include hosting a high school quiz show in 1966 called Reach For The Top, a game show called Strategy in 1969, and from 1967-1970 he hosted for CBC, occasionally introducing classical music programs.

Alex Trebek broadened his horizons and moved from Canada to the United States in 1973. He started working for NBC and hosted a new game show called The Wizard Of Odds. Trebek continued to grow his resume, hosting numerous other game shows, although many of them were short-lived.

Trebek began hosting the show Jeopardy! in 1984, and this would soon take off to be the show that brought Trebek to the spotlight. With the show’s subject being trivia on general knowledge, this meant it was accessible to people of all ages. Trebek gained a huge fanbase from the show and became a well-liked TV icon.

The Jeopardy! TV show gathered a lot of positive reception from its viewers and has gone on to win 39 Daytime Emmy Awards. Also, Jeopardy! has also won the Peabody Award and was listed by TV Guide at number 45 for the 60 best television shows in American television.

Other Appearances In Media

Trebek has enjoyed other sources of exposure on television, such as when he appeared on Jimmy Kimmel Live!, The Colbert Report, X-Files, and when he announced a draft pick for the Ottawa Senators in the 2020 NHL Entry Draft.

Trebek has also donated 74 acres in the Hollywood Hills to the Santa Monica Mountain Conservancy in 1998, and by 2020 had donated over $10 million to the University of Ottawa. In March 2020, Trebek donated $100,000 to the Hope of the Valley Rescue Mission, which is a homeless shelter in Los Angeles.

At the time of his passing in November 2020 from stage 4 pancreatic cancer, Alex Trebek had a net worth of $75 million. Similar to Steve Harvey, he made the majority of his money from TV, namely Jeopardy!. Alex Trebek was the host of Jeopardy! for 36 seasons, from 1984 to 2020. Trebek not only was very financially successful but became a well-known and loved television personality among viewers.