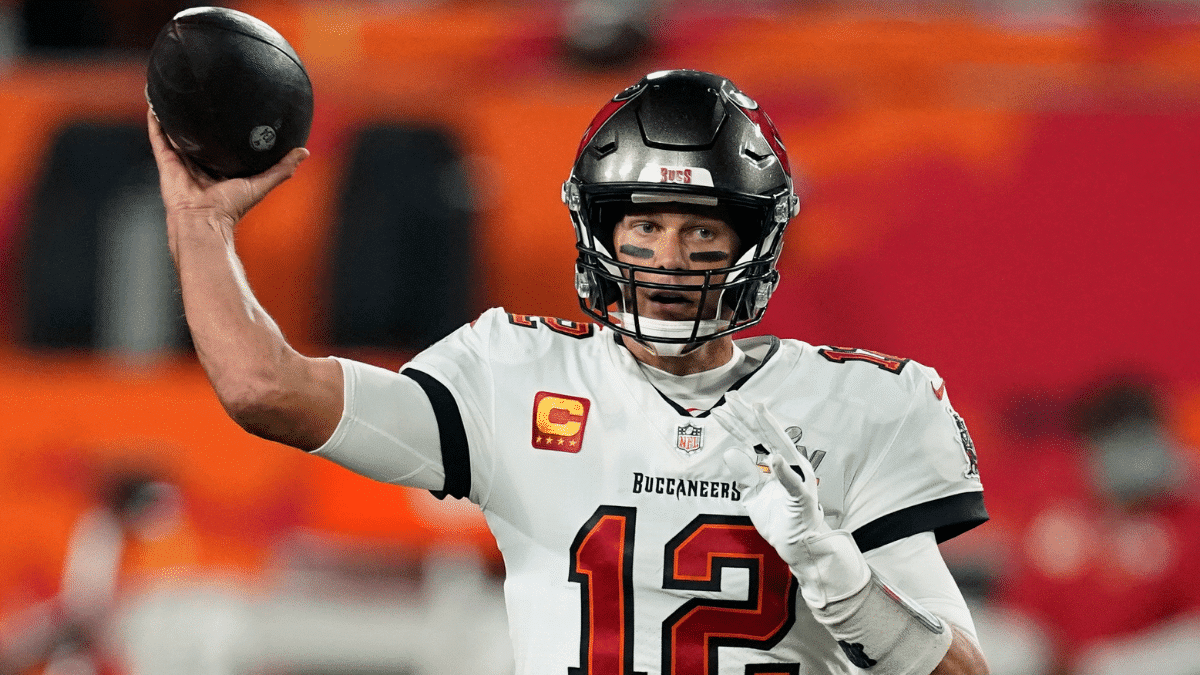 Have you ever wondered what the net worth of Tom Brady is? If you’re a fan of the National Football League, odds are you have heard of him. Tom Brady is a professional American football quarterback who currently plays for the Tampa Bay Buccaneers. The star built the majority of his net worth while he was playing for the New England Patriots. Here, he spent the first 20 seasons of his professional career! In this post, we’ll show you just how Tom Brady built his net worth of $250 million and what you can learn from his story.

Tom Brady was born on August 3, 1977, in San Mateo, California. His parents were named Thomas Brady Sr. and Galynn Patricia. Because of his family’s love for sports, Tom developed an interest in football at a young age. During his childhood years, he would attend San Francisco 49ers games played at Candlestick Park. Here, Brady became a huge fan of the 49ers. The star recalls being inspired by the then celebrated quarterback, Joe Montana. After many years of watching Football, the young boy was finally ready to play it himself.

As a kid, Brady went to a football camp at the College of San Mateo. Here, future NFL quarterback, Tony Graziani, was his camp counselor. The two grew close and Graziani personally taught Brady how to throw the football. Since then, Tom showed remarkable quarterback abilities compared to his peers.

Entering high school, Tom Brady was eager to play against the higher-skilled competition. The young boy got exactly as he wished, not seeing the varsity roster for his first two years. Eventually, Brady became the starting varsity quarterback of his high school team during his junior year. During his senior year, Brady made highlight tapes and sent them to colleges he wanted to go to. At the time, this was the best way to catch the eyes of top recruiters and universities alike!

Soon enough, Tom Brady received numerous offers and scholarship opportunities for collegiate-level football. The young boy and his family were particularly interested in the University of Michigan, which had a premier football team at the time. In college, Brady was the backup quarterback, behind future NFL QB Brian Griese, for his first two years.

Following this season, in his junior year, he started every game of the 1998-1999 seasons. During his first full year as a starter, he set new Wolverine records for most pass attempts and completions in a season! Additionally, Michigan won 20 of 25 games Brady played! He had an impressive college career but still was not an early draft pick. Brady was drafted with the 199th pick in the sixth round of the 2000 draft by the New England Patriots.

Tom Brady Gets Drafted To The NFL

Originally, Tom Brady was a lightly regarded prospect coming out of college. However, over his career with the Patriots, Brady won three league MVP awards, six Super Bowl championships, and four Super Bowl MVP Awards! A 14-time Pro Bowler, Brady has also twice led the NFL in passing yards. As a result of his highly successful career, Brady is rated among the greatest quarterbacks of all time.

Brady undoubtedly sits close to home to the millions of New England Patriot fans. The star spent an incredible 20 years of his career with the New England Patriots under the head coach Bill Belichick. This is now an NFL record for the longest time any quarterback has played for one franchise! Due to his late draft selection and eventual massive professional success, it’s safe to say Tom Brady is the biggest “steal” in the history of the NFL Draft.

As of April 2022, Tom Brady has a net worth of $250 million dollars. Tom has made much of his wealth from his successful career in American football. During his 19-year stint with the Patriots, he earned an estimated $230 million in salaries alone. In addition to his salary, Brady earned another $100 million from endorsement contracts.

Tom Brady’s Tampa Bay contract is worth $50 million, spread over two years. The earnings comprise of a $15 million base salary and $10 million in annual roster bonus. Brands that Brady has entered into endorsement contracts with include Uggs, Sam Adams, Movado, Aston Martin, Under Armour, Glaceau Smartwater, The Gap, and Hershey’s.

Interestingly, Tom Brady also owns a collection of luxury cars. These include a 2018 Aston Martin Vanquish-S Volante, a 2011 Range Rover, a 2015 Rolls Royce Ghost, and a 2004 Cadillac Escalade ESV. Additionally, the star has multiple real estate properties across the nation.