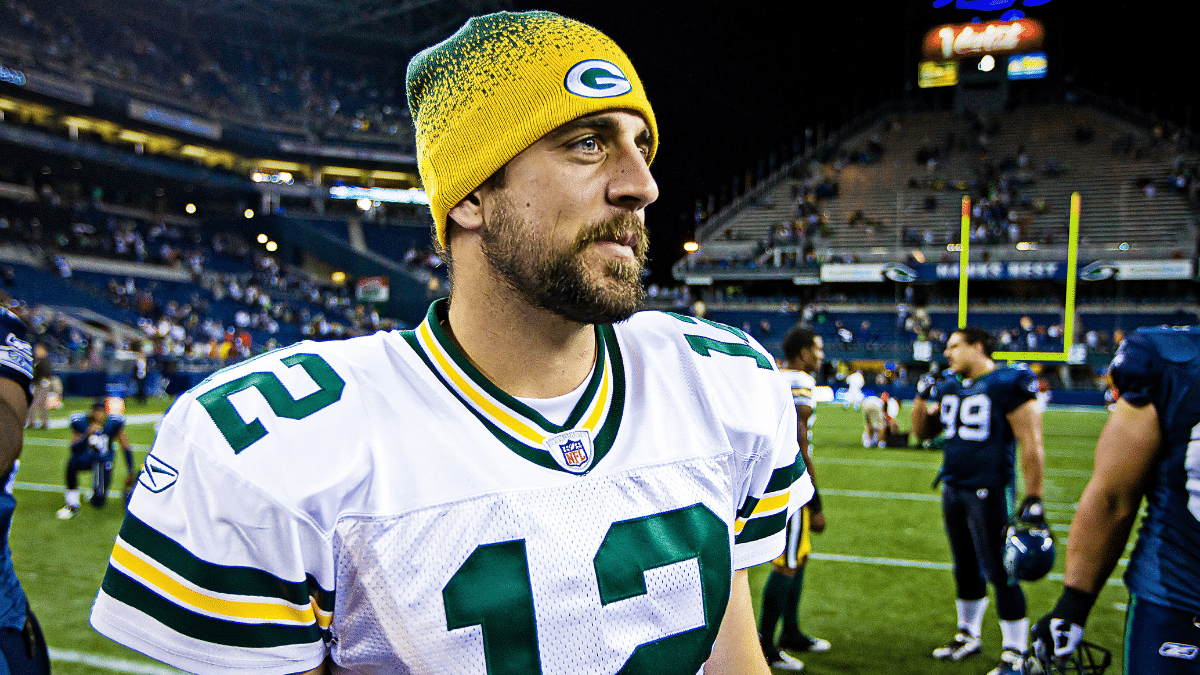 Have you ever wondered what the net worth of Aaron Rodgers is? Well, he is one of the most famous football players in history. The NFL star and California native played college football for the University of California Berkeley before being drafted by the Green Bay Packers as their first-round pick in the 2005 NFL Draft.

Rodgers has played for the Packers for his entire professional career and won a Super Bowl title in 2011. He is currently the highest-paid player in the NFL and is set at $59.515 million in 2023 and $49.3 million in 2024. As of April 2022, Aaron Rodgers has a net worth of $150 million. In this post, we take a look at Aaron Rodgers’ net worth and how he has earned his money.

Aaron Charles Rodgers was born on December 2, 1983, in Chico, California. Darla Leigh and Edward Wesley Rodgers are his parents. The family relocated to Ukiah, California, then to Beaverton, Oregon, before returning to Chico in 1997. He attended Pleasant Valley High School, where he started as quarterback for two years.

He threw 26 touchdown passes and led the team to a 10-1 record. So, after only one year of junior college, he would go to the University of California at Berkeley.

In the sixth game of the 2003 season, Rodgers was chosen to start for the University of California, Berkeley. Many school records were set during his time at Cal. He still holds the record for the lowest percentage of intercepted passes, which is 1.95 percent.

He threw 24 touchdown passes in his junior year and only 8 interceptions. He decided not to play in his senior year to enlist in the 2005 NFL Draft.

Aaron Rodgers Goes To The NFL

Rodgers thought he was going to be drafted by the San Francisco 49ers, the team he grew up rooting for. However, after the 49ers chose Utah quarterback Alex Smith, he was taken by the Green Bay Packers with the 24th pick.

He was initially Brett Favre’s backup quarterback when he first came into the NFL. He stayed as the backup until 2007. During his first few years, he didn’t get a lot of real playing time.

When Favre said he was retiring in 2008, Rodgers was made the starting quarterback. In 2008, he passed for more than 4,000 yards and 28 touchdowns, with only 13 of them being intercepted.

As time went on, he helped lead them to victory in 2011’s Super Bowl XLV. He was named Super Bowl MVP as he played a big role in his team’s victory over Pittsburg.

Even though he hasn’t won a second Super Bowl, Rodgers is still one of the best football players in the world. As of now, he has the most consecutive games without throwing an interception (41 games) and the lowest percentage of interceptions in regular-season games.

He is one of only seven quarterbacks in NFL history to throw for more than 1,000 yards in a single playoff game and has the highest passer rating season of all time at 122.5. He has also played against and beat some of the greatest QBs of his generation like Tom Brady, Peyton Manning, and Russell Wilson.

Rodgers was chided a lot during the 2021 season after it was found out that he had lied about having the COVID vaccine. The announcement occurred after he tested positive and reporters prodded him for an official response to his condition.

Rodgers then doubled down on his anti-vaccine stance and told the press he was not interested in changing his vaccination status.

Aaron’s first big contract occurred in 2013 when he signed a 5-year, $110 million contract extension. At this point, Aaron Rodgers became the highest-paid player in NFL history.

Given Rodgers’ abilities as a quarterback, the franchise may decide to extend his deal even further. Rodgers also has signed multiple advertising deals, which help his net worth. His most iconic deal is with State Farm, where he makes an estimated two-to-three million dollars a year to be in company ads.

He also has an endorsement deal with State Farm worth an annual $2 million to $3 million. Rodgers’ net worth will continue to grow as he plays for the Packers and signs more endorsement deals.