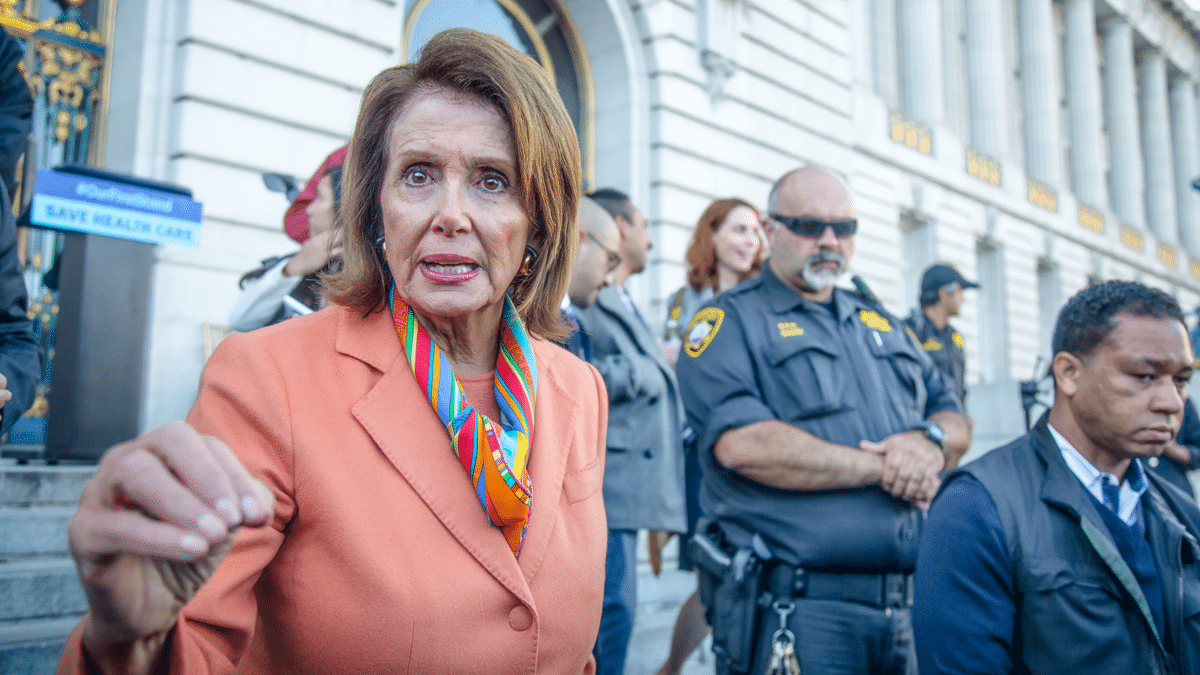 Have you ever wondered what the net worth of Nancy Pelosi is? As one of the most prominent members of the United States Congress, the woman has built quite the resume. Not only is she active in politics, but she’s also a well-known investor and philanthropist. As of May 2022 Nancy Pelosi has a net worth of $114.7 million. This post, will show you exactly how Nancy Pelosi built her net worth.

Nancy Pelosi was born on March 26, 1940, in Baltimore, Maryland. Her family was of Italian descent. Her mother was born in Italy and had moved to the states in 1917, where she met Nancy Pelosi’s father. At the time of her birth, her father was a Maryland congressman. Additionally, her mother was also extremely active in local politics. From an early age, Nancy Pelosi’s mother taught her the importance and power of social networking!

Similar to Joe Biden, Nancy Pelosi also became involved with politics at a very young age. She would help her parents with upcoming campaign events. Additionally, she would attend and meet several prominent figures in politics at the time. This helped, and allowed her to familiarize herself with politics. Also, this helped perfect her social and networking skills.

In 1958, Pelosi graduated from the Institute of Notre Dame. This was an all-girls Catholic high school in Baltimore. In 1962, she graduated from Trinity College in Washington, D.C., with a Bachelor of Arts in political science. Following graduation, Nancy Pelosi looked for opportunities. She interned for Senator Daniel Brewster in the 1960s alongside future House majority leader Steny Hoyer.

Nancy Pelosi has enjoyed an extremely successful career in politics. She began her journey by moving to San Fransisco, California. Following this, she became really good friends with Phillip Burton. At the time, Burton was a 5th district congressman! This connection allowed Nancy Pelosi to slowly build her name in democratic politics. She proceeded to meet several other democratic members.

In 1976, she was elected as a Democratic National Committee member from California. Amazingly, Nancy Pelosi held this position until 1996! Nancy Pelosi quickly showed how impressive her abilities were. Following this, she was elected as party chair for Northern California in January 1977. Four years later, Pelosi was selected to lead the California Democratic Party. This was a massive honor for Pelosi at the time. Additionally, she led this up until 1983!

Considering every position Nancy Pelosi has held, it is undeniable she has had a massive influence on modern politics. She’s given her say in several polarizing events in recent American history. These include decision-making in the Iraq wars, healthcare reforms, government shutdowns and so much more.

During the 2006 midterm elections, the Democratic party came into power. This was a perfect window of opportunity for Pelosi. After having led a great career so far, she was more than ready for the next big challenge. Her eyes were set on becoming the Democratic House Speaker. This is one of the biggest honors in all of politics! Sure enough, in September of that year, Nancy Pelosi was selected to be the speaker of Congress.

After several changes of party control, the Democrats finally regained power in 2018. Once again, this presented a perfect opportunity for Pelosi to become a speaker once again. Following her previous serving, the political world knew she was more than capable of this position. Without a doubt, Nancy Pelosi was selected to become House Speaker once again!

Outside of politics, Nancy Pelosi is a well-known philanthropist. Throughout her career, Nancy Pelosi has donated hundreds of thousands to various projects across the state of California. These projects include attacking homelessness, empowering women, and funding educational programs. Her most recent donation to charity came from proceeds of her G&E campaign. This was in 2019, and was valued at around $26,000!

Most recently, both Nancy Pelosi and her husband Paul Pelosi started a charitable fund. The fund is known as “The Paul and Nancy Pelosi Charitable Fund.” Here, the couple donates a ton of their personal net worths to several causes and campaigns. Giving back is a value Nancy Pelosi holds dear to her heart. As a voice for the people, she feels it’s her civic duty to give back when she can!

As of May 2022, Nancy Pelosi has a net worth of $114.7 million dollars. Nancy Pelosi has enjoyed an amazing political career. As Senator, Nancy Pelosi earned an annual salary of $174,000. Her salary increased to $223,500 following her election as Speaker. It’s also worth noting that this is Nancy Pelosi’s combined net worth with that of her husband, Paul Frank Pelosi.

Paul Frank Pelosi is a successful investor. He owns the venture capital firm, Financial Leasing Services, Inc. Through this, Nancy and Paul own substantial stakes in companies like Apple, Facebook, Walt Disney Co., Comcast, and Shutterfly! This has led the couple’s net worth to grow massively.

Additionally, Nancy Pelosi has a number of real estate properties. While most are located in California, she has a few estates in New York as well.

Pelosi is still well involved in politics and recently made a visit to Kyiv to meet with Ukranian President Volodymyr Zelenskyy and voiced American Solidarity with the besieged nation.