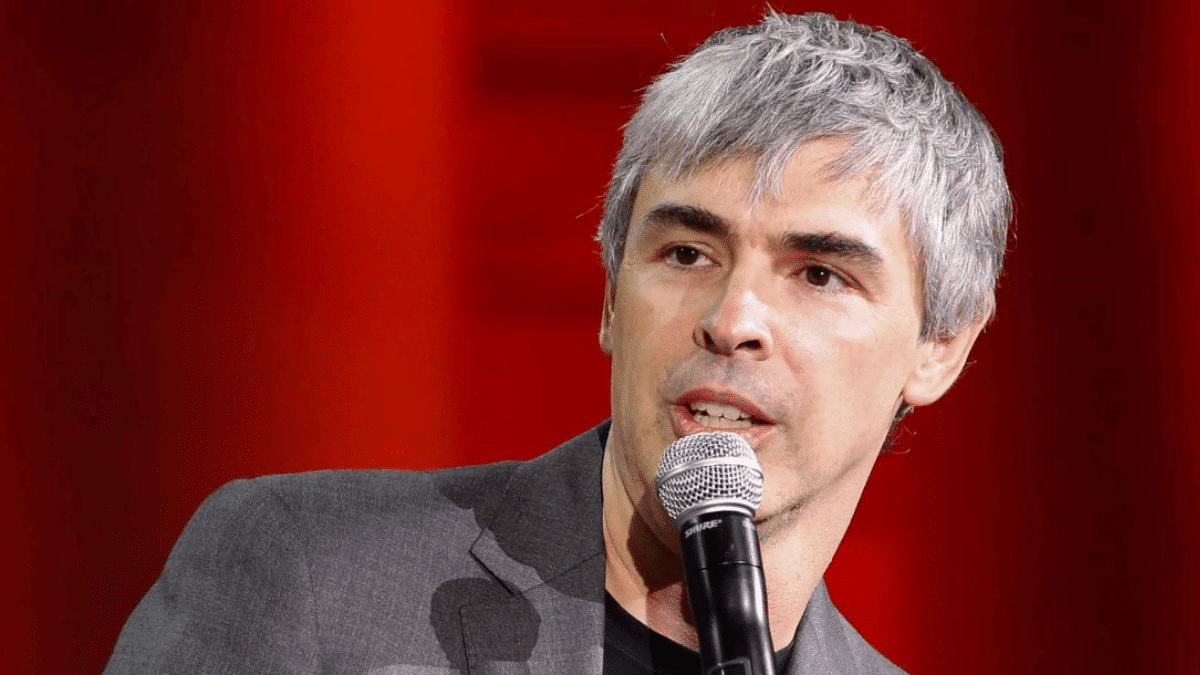 “Google it.” How many times have you said that in your life? For me, it’s a regular part of my vocabulary. When Larry Page and Sergey Brin co-founded Google, they had no idea what they created. But their massive success with the search platform and now verb made me think, “What is the net worth of Larry Page?”

For a little background, Larry Page is an American software engineer and Internet entrepreneur. He is most famous for founding Google with Sergey Brin. Thanks to its regular usage, The Oxford English Dictionary included the word “Google” as a verb 2006.

Page served as CEO of Google for four years. After that, he moved to become CEO of Alphabet, Google’s parent company. Page co-founded PageRank, a search ranking system made for Google, and for his efforts, Larry Page received the Marconi Prize along with Brin in 2004.

As of April 2022, the net worth of Larry page is $124.5 billion. He is the seventh richest person in the world, according to Forbes.

Let’s take a look at Page’s career and see how he went from Lansing, Michigan to a Silicon Valley king.

Larry Page was born on March 26th, 1973, in Lansing, Michigan. At a young age, his family exposed him to the world of technology. His father, Carl, earned a Ph.D. in computer science from the University of Michigan. He was also a respected mind in the tech community and a computer science professor at Michigan State. His mother, Gloria, was an instructor in computer programming at Lyman Briggs College.

Page’s childhood home featured many computer science magazines. This exposed him to his eventual passion at a young age. Because of this, Larry Page realized he wanted to start a company one day, at just twelve years old.

Larry Page received an elite education. After getting a bachelor’s degree in computer engineering from the University of Michigan, he built a base from a top-flight school. Then, he went on to receive his master’s degree from Stanford University.

While studying at Stanford in 1995, Larry Page met Sergey Brin. At the time, he was a researcher working on a project.

Now, before Google, there was “BackRub.” Backrub was the first search engine Page and Brin created during school. At the time, the platform was only available to Stanford students. After several months of using BackRub on Stanford’s servers, the duo set their sights higher.

So, Page and Brin decided they wanted to create a real business out of BackRub. But to do so, they needed money. As college students, enough money to start a business wasn’t easy to come by. Because of this, they scraped together as much as possible from faculty, family, and friends.

But the team’s breakthrough came when they met Andy Bechtolsheim, co-founder of Sun Microsystems. The German mogul made a significant investment of $100,000 for the idea of “Google.” After his investment, the Google team got to work.

Page then appointed himself as CEO with Brin serving as the firm’s president. What followed was, needless, to say, spectacular. The company dominated its competition with the help of PageRank. To explain, PageRank was a formula developed by Larry Page and Brin to measure the importance of a website. By using this, Google built a more dominant search platform than its competition.

Google’s IPO (initial public offering) came in 2001. Thanks to the company’s promise, the IPO made Larry Page and Sergey Brin instant millionaires.

Although Larry Page is brilliant, he couldn’t have created Google without Sergey Brin. Sergey Mikhaylovich Brin is also an American software engineer and entrepreneur. Together, he and Larry Page founded Google. Brin was the president of Google’s parent company, Alphabet Inc., until stepping down from the role on December 3, 2019.

Page and Brin’s clashing personalities created a competitive environment for the company. During their Stanford days, the two apparently found each other obnoxious. But with time, they became friends and eventually founded Google together.

As of 2022, Sergey Brin’s net worth is $120 billion. This number clocks him in as the 10th richest person on the planet.

Larry Page has received multiple awards for his impressive work with Google over the years. MIT featured him on its “Top Innovators” List in 2002. Not only that but in 2009, Forbes named both Page and Brin the fifth most powerful people in the world.

Overall, Google has stood the test of time and is now a regular part of our lives. Thanks to this, as of April 2022 the net worth of Larry Page is $124.5 billion.

The net worth of Larry Page is $73.6 billion, but this didn’t happen overnight.

He and Sergey Brin met during their studies at Stanford University. Together, they created BackRub, a search engine for students. Once they realized the platform’s potential, they began scraping together as much money as possible to turn BackRub into a real business.

The duo’s breakthrough came when they met Andy Bechtolsheim, co-founder of Sun Microsystems. Bechtolsheim invested $100,000 into the idea of Google. From there, the rest was history.

Here is Page’s reported management style. This style is what he used during his early days as CEO of Google. He encouraged his team to learn from it to become more efficient workers.

Enjoyed this article? Then you’ll love our post on George Lucas’ net worth!