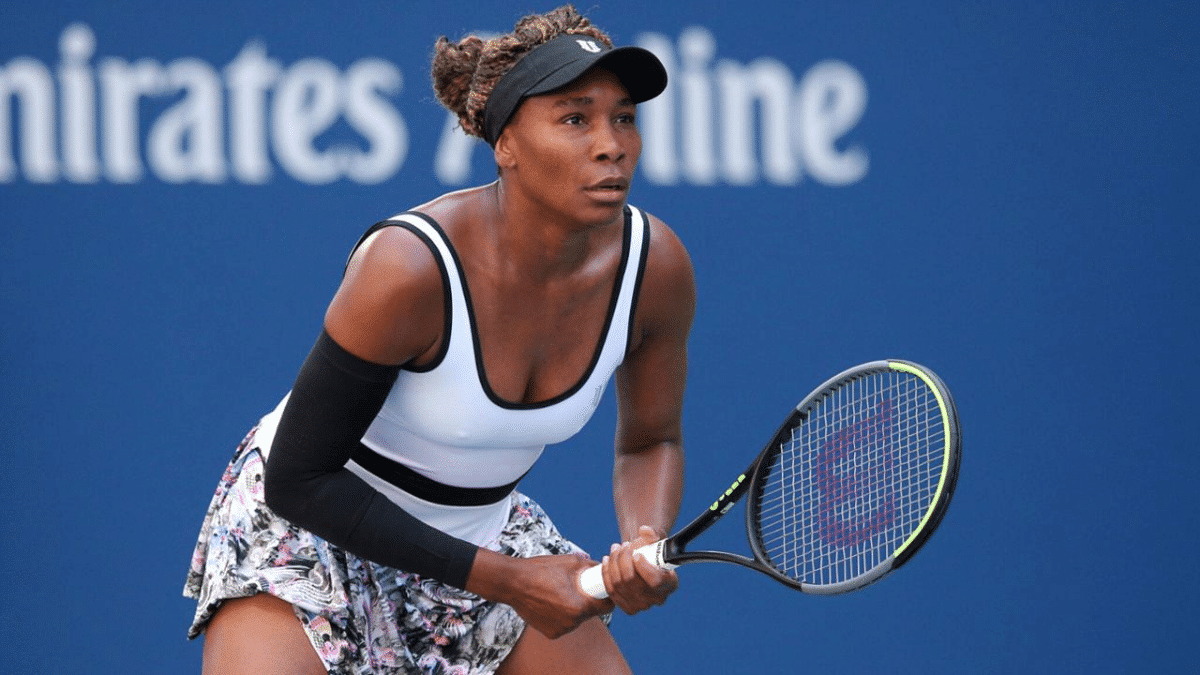 Have you ever wondered what the net worth of Venus Williams is? As one of the most famous female tennis athletes, it’s definitely fair to say that she has made quite a name for herself. You’d be surprised to learn, however, that life wasn’t always easy for the superstar. In this post, we’ll be showing you how Venus Williams built her $95 million dollar net worth, and what you can learn from her story.

Venus Williams was born on June 17, 1980, in Lynwood, California. She was born to parents, Richard and Oracene Williams. From a very early age, Venus Williams’s athletic talents were very obvious. Regardless of what sport she played as a child, the athlete simply dominated. At the age of seven, a world-class tennis recruiter spotted the child at a local tennis tournament. After defeating all of her opponents with ease, the recruit approached Venus and her family.

After much thought and consideration, the family decided to move from their home in Compton, California, to West Palm Beach, Florida, in order to pursue higher-level training. Venus Williams originally came from a low-income background. Considering this, it’s clear why the family would have decided to bet this big on Venus’s talents. Here, she worked closely with some of the world’s best tennis trainers for several years to come.

Both Venus, and her sister Serena Williams, led incredibly successful tennis careers early on. As a matter of fact, Venus Williams held a 63-0 record at the United States Tennis Association. Additionally, Venus Williams ranked No. 1 among the under-12 players in Southern California. In 1995, their father pulled both daughters out of the elite training program and took matters into his own hands.

It is without surprise that Venus Williams has had one of the most successful and lucrative tennis careers in the history of women’s sport. As a matter of fact, in 2002, Venus Williams became the first female African-American tennis player to rank as the world’s #1 athlete. This was accomplished only at the age of twenty-two! Considering this, it was clear that the Williams sisters were in for massive success in the sport.

Despite her massive success, it is worth noting that Venus Williams has faced a number of setbacks. Venus Williams injured herself multiple times throughout the early 2000s. Each of these injuries weighed on her ability to play. Regardless, she still pushed through the adversity and still stands as one of the greatest tennis players of all time.

Venus Williams is one of the few female athletes to have turned their dominance into a business venture. As of the time of this writing, Venus Williams stands as the sole owner of EleVen by Venus. This is a sports apparel brand she boldly launched in the midst of her career. The clothing line is now distributed through department stores all over the world.

As of April 2022, Venus Williams has a net worth of $95 million dollars. A majority of these earnings have come in the form of salary pay, endorsements deals, and equity ownerships. Once again, Venus is the sole owner of EleVen, greatly contributing to her net worth.

Additionally, Venus Williams owns multiple real estate properties in both California and Florida, most of which have appreciated massively in price.