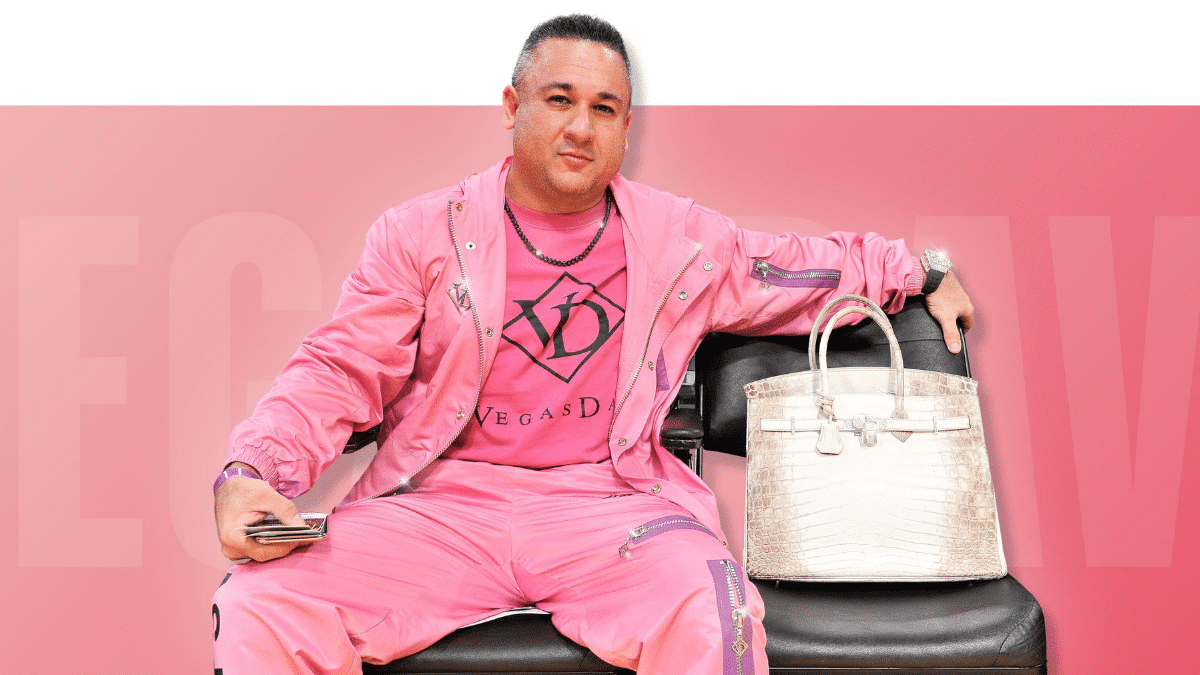 Have you ever wondered what the net worth of Vegas Dave is? Well, the sports gambler and card dealer is worth a fortune. He is famously known for cashing out and winning $2.5 million on the Kansas City Royals, winning the world series. As of April 2022 Vegas Dave has a net worth of $20 Million. This post will discuss how he turned gambling into a full-time career.

Vegas Dave, formerly known as David Nakama Oaneca was born December 10, 1976, in Saline Michigan. At an early age, he and his family moved to Ann Arbor and he would spend most of his childhood there.

He graduated high school in the area but would move to Honolulu Hawaii which is where he would first start gambling. His first bet would be $300 dollars on the Tennessee Titans, he would lose but fell in love with the thrill.

He would take out a loan to attend the University of Nevada but ended up using the money to gamble. Luckily he doubled his money at the roulette table, giving him a nice $20,000 to start his illustrious high stakes gambling career.

Dave has a very risky style of betting, but can be very profitable if his prediction comes true. Some of his biggest hits have been future bets, meaning he placed wagers on outcomes that won’t be decided until a later date.

He was on an incredible hot streak and his bold predictions would continue to hit. In 2015, he predicted the Texas Rangers would win the AL West. At the time they had a record of 42-42 but would rally and win their division on the final day of the season. Dave bet $80,000 and received a payout of $580,000.

His biggest and most famous win would also come in 2015. This win occurred when he bet $100,000 on the Kansas City Royals, at 30 to 1 odds to win the world series. The Royals would shock the world and beat the New York Mets. The win earned Dave an astounding $2.5 million and is one of the biggest hits to date.

He has won a plethora of other bets and his success as a gambler has allowed him to offer gambling advice to newcomers. He created Vegas Dave Consulting and has been providing advice and membership packages for clients all over the world.

Similar to Dave Portnoy, Vegas Dave has turned gambling into a full-time career and as a result, his net worth has skyrocketed.

As of April 2022 Vegas Dave has a net worth of $20 million. His worth is from a combination of his large winnings as well as his role as a betting consultant. He has also branched out into the world of sports card exchange. He has sold rare baseball cards for millions and as time goes on he’s set to be more involved in the industry.