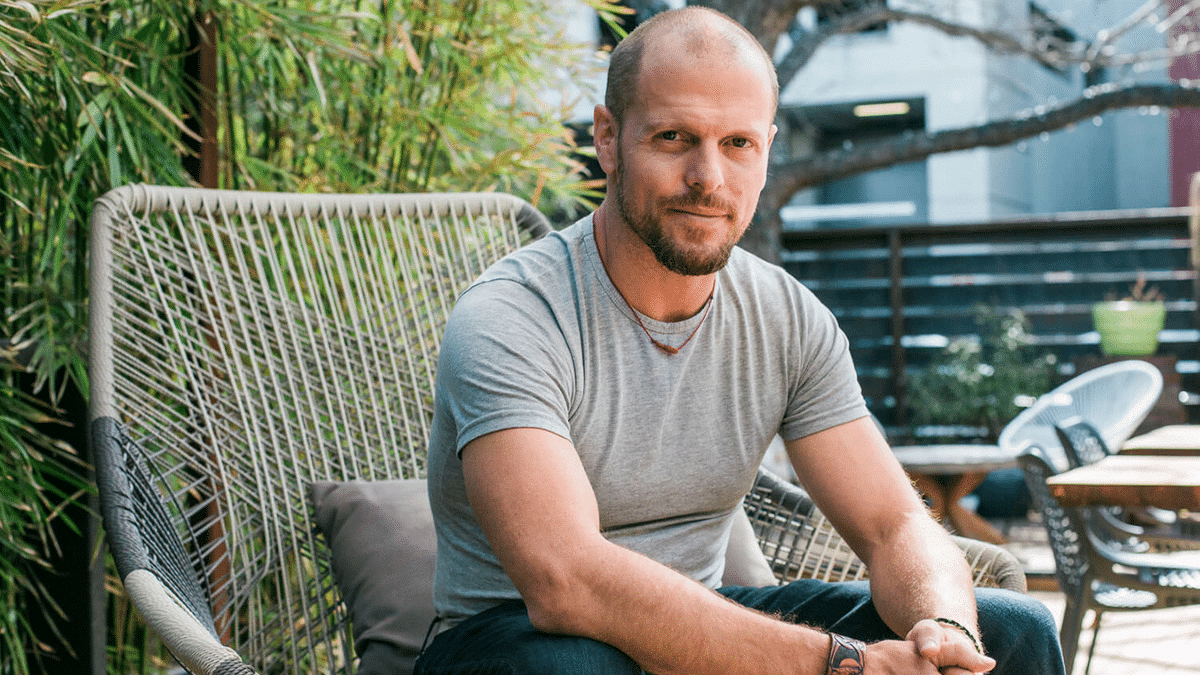 Have you ever wondered what the net worth of Tim Ferriss is? If you are an entrepreneur, odds are you have heard of him. He is a huge advocate of doing more with less and consistently challenges the status quo. Over his career, he has become an author, podcast host, blogger, early-stage investor, and consultant to some of the country’s most valuable companies. As of April 2022 through his various ventures, Tim Ferriss now has a net worth of $100 million dollars. In this post, we will discuss how Ferriss has become so successful and what you can take away from his story.

Ferriss was born in East Hampton, New York on July 20th, 1977. He attended a selective Prep school in Concord, New Hampshire, and while in high school got his first job as a cleaner at an ice cream parlor. His boss gave him a specific way to clean the shop, but Ferriss opted to do it his way so that he could clean the store in one hour instead of eight. He was fired within 3 days.

After highschool Ferriss enrolled in Princeton and got his degree in East Asian studies. After graduating in 2000, he went to California as the tech bubble had not popped yet. Although he was looking for a job in the hottest job market of all time, he couldn’t find work for three months. He finally lands a job in tech sales.

After a year of working 12 hour days and finding out he is the second-lowest paid employee at the firm, he decides to surf the web during his work hours. During his mindless surfing, he looks up how hard it would be to start a sports nutrition company. Seeing it only cost $5,000 and he could outsource everything from production to ad design he goes ahead with the order. Just like that BrainQuicken was born.

BrainQuicken is a dietary supplement that was marketed as the world’s first neural enhancer and athletic performance accelerator. Within two years of starting BrainQuicken, Tim Ferriss was making upwards of $40k a month. Although this was a lot of money for him, he found himself working 12 hours a day 7 days a week just to maintain his business. He lost all of his freedom and couldn’t even enjoy a family vacation.

The stress got to him so much that he decided to go backpacking through Europe and just accept his fate. What he found is that the more he took himself out of his business the better it did. With his extra free time, he became very introspective and started revisiting a lot of assumptions he had about life and business. These new assumptions are what led him to write his New York Times Bestseller, The 4 Hour Workweek.

The 4-Hour Workweek by Tim Ferriss is revered as one of the greatest entrepreneurship books of all time. Published in 2007 it has now been translated into 35+ languages. It has also been the #1 New York Times, Wall Street Journal, and BusinessWeek bestseller.

The book compiles all the lessons around efficiency, business planning, and productivity that he learned from his entrepreneurial and personal struggles. The book’s goal is to show people a blueprint that can allow them to leave their corporate job and create a business that can finance the lifestyle of their dreams. Where this book differentiates itself from the pact is that it shows people how they can leave life like a millionaire, without having to be one.

Other Books By Tim Ferriss

Although all of his books have been bestsellers, they have also been met with criticism. Food experts and dietitians claimed that the advice he gave in the books was either inaccurate or unsafe. Even with the criticism, Ferriss further solidified himself as a self-help author.

In addition to his book publishing, Tim Ferriss also has a podcast called The Tim Ferriss Show. The Tim Ferriss Show is one of the most listened to podcasts in the world and has over 500 million downloads. He covers topics ranging from personal development to morning routines and meditation habits. Through his podcast, he has been able to interview world-class performers such as celebrities, CEOs, and professional athletes.

How Much Money Does Tim Ferriss Make Per Podcast Episode?

As of April 2022, Tim Ferriss has a net worth of $100 million dollars. Although Tim Ferriss has made millions from his books and podcast, the majority of his net worth comes from his investments. Ferriss is an angel investor and has invested in a wide range of early-stage tech companies. Some of his most successful investments were in Uber, Shopify, Evernote, and TaskRabbit.