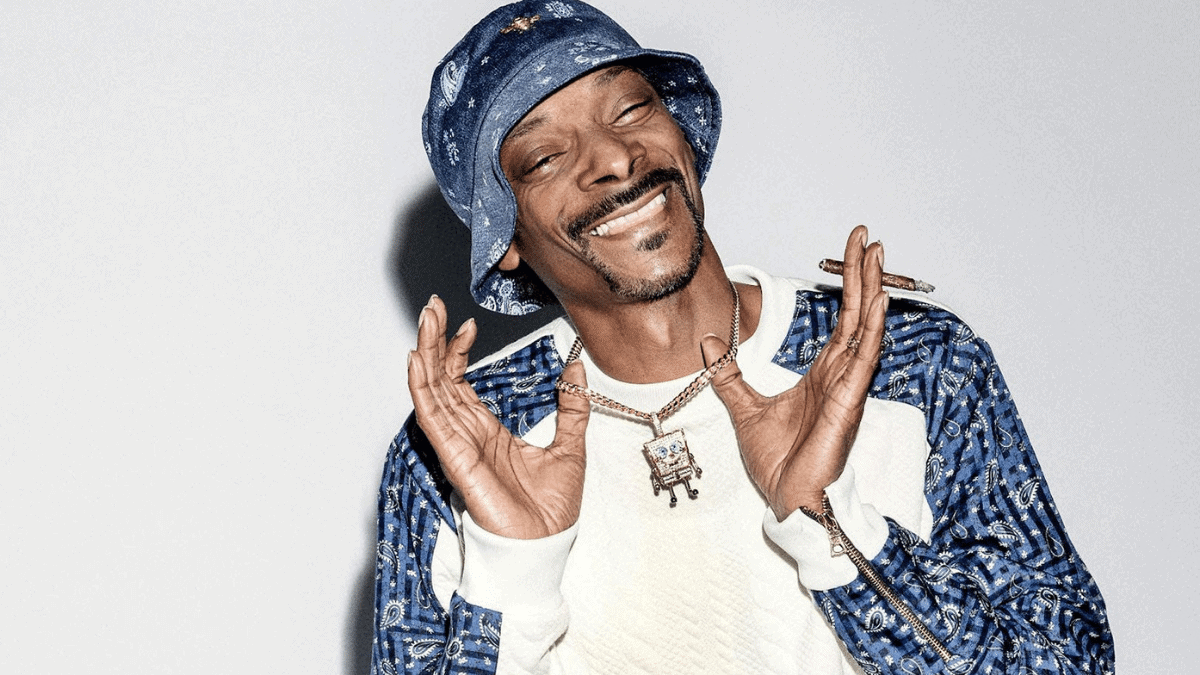 Have you ever wondered what Snoop Dogg Net Worth is? Well, the American rapper, songwriter, actor, and entrepreneur has built a large amount of wealth.

He is famously known as one of the biggest rappers of the 1990s. As of September 2022, Snoop Dogg has an incredible net worth of $150 million.

This post will guide you through his unique journey and how he gained such success.

This is due to his father, Vernell Varnado, abandoning him and his mother, Beverly Tate, three months after his birth.

Unfortunately, Beverly and Calvin would divorce, leaving Broadus to grow up with a single mother.

Broadus was very religious and would start singing and playing piano at his local church at an early age.

He was a dedicated student and football player who would work jobs around the community to help his mother make ends meet.

South Beach, California, was filled with gangbangers and drug dealers at the time, and Broadus would ultimately get involved in that crowd.

He became a member of the Rollin 20s Crip gang on the east side of Long Beach.

Throughout the trouble, he found solace in music, and people would crowd around him during school to listen to him rap, which gave him the hope that he could release music and make some noise in the music industry.

He would bottle up that confidence and become one of the richest rappers of all time.

Broadus earned the nickname “Snoopy” from his mother because he was fascinated with the cartoon character from Peanuts. He would stick with it and use it to create his stage name, Snoop Doggy Dogg.

213 would create a mixtape where Snoop would shine; he freestyled over Hold on by renowned R&B group En Vogue.

The song impressed influential producer Dr. Dre, the co-founder of Death Row Records. He would recruit Snoop to sign with the label in 1992.

Snoop Dogg would appear on Dr. Dre’s debut solo album, The Chronic, and the album peaked at number 3 on the billboard top 100. This created large amounts of exposure for Snoop Dogg as an artist, and the fans awaited his project.

His distinctive sounds and smooth delivery paved the way for many west coast rappers today.

After the album, Snoop Dogg became a household name, and he and the late Tupac Shakur were the faces of Death Row Records, which had become one of the biggest labels in all of Hip Hop.

As famous as he was, Snoop Dogg was still very much involved in the streets and was charged with murder in 1995. The charges were dropped, but life as a gang affiliate caught up with the rapper and the label.

The following year Tupac was murdered, and co-founder of Death Row Records Suge Knight was indicted for racketeering.

During all this chaos, Snoop would drop his second album, The Doggfather. This affected the album sales but made Snoop Dogg realize he had to change his life for the better.

Snoop Dogg didn’t like his life trajectory and worried he would end up dead or in jail. His relationship with Death Row Records Label would collapse, and he sought a new beginning.

Snoop Dogg signed with Master P’s No limit Records in 1998, giving him a much-needed change of environment. Snoop Dogg would move to Louisiana and start making music there with Master P, who was a renowned artist and record producer.

Snoop Dogg debut Album under No Limit was The Game is to Be Sold, Not to be told. It was a massive album for Snoop Dogg because it was the first since Death Row, he had to change his name to Snoop Dogg for contractual reasons.

The album was not as critically acclaimed as his first two but showed Snoop Dogg was still a massive star and could sell copies in different regions. Snoop Dogg would rebrand his image, leaving his “gangsta” style and embracing a new “pimp” image.

With this new style under No Limit, he would drop two more albums in 1999 and 2000, No Limit Top Dogg and the last meal.

Snoop Dogg had fully recreated himself as a rapper, and Death Row quickly became an afterthought.

Since 2000, Snoop Dogg has made over 20 solo and collaboration albums. His releases have had decent success, keeping him involved in the rap game.

He has collaborated with rappers such as Lil Dicky, Eminem, and Drake. Over the years, as Snoop Dogg’s popularity grew, he was able to explore other ventures.

Snoop Dogg became a celebrity that everyone wanted to see. He possessed a unique style and aura that few could replicate—making him a perfect fit for the movies and as a media personality

Since 1994, Snoop Dogg has appeared in numerous films and television episodes, mainly in minor roles. However, he starred in The Wash, Bones and co-starred with Wiz Khalifa in Mac and Dev Go to High School.

He also starred in three television programs, Doggy Fizzie Televizzie, Dogg After Dark, and the reality tv show Snoop Dawg Father Hood. He was asked to be himself in each role he played and thrived.

In 2009 Snoop Dogg was appointed creative chairman of Priority Records, a distribution company that worked with Ice Cube, Ice T, Jay-Z, and many more.

Snoop Dogg and his brand manager created Snoopify, a photo-sharing app for IOS and Android users. The app was successful, and as of 2015, the app generated around $30,000 in weekly sales.

Additionally, he created a brand of cannabis products called Leafs by Snoop. The brand includes edibles and marijuana strains and is one of the first mainstream cannabis brands globally.

Snoop Dogg has become a pioneer in the cannabis world, and if it grows, he will reap the benefits.

Snoop Dogg’s wife is Shante Taylor, after falling in love in high school the tow got married and had three kids: males Cordé and Codell, as well as a daughter named Cori.

In 2004 the couple filed for divorce, however Snoop Dogg would withdraw from the proceedings.

“She’s always right,” Snoop Dogg raved about his wife in a 2013 interview with Queen Latifah. “Because you gotta understand the turmoil and stuff that I put her through, in my journey on becoming successful, because I had no understanding of how I was doing her, how I was hurting her, and how I was betraying myself, until I became a man and realized that I had to love this woman who loved me and had my kids, and put my life in perspective and let my music and my business be secondary.”

Snoop Dogg and his wife just celebrated their anniversary over the summer, and are happily married.

As of September 2022, Snoop Dogg’s net worth is a $150 million. Snoop Dogg’s fortune is primarily from his music career

With over 19 album releases and a plethora of classic songs, Snoop Dogg’s discography matches well with any professional rapper. He generated large amounts of wealth from record sales and live performance shows. As time passed, he diversified himself, and now most of his income is from his business ventures.

His most recent venture is through Call of Duty, the popular video game that released a Snoop Dogg Bundle.

Allowing players of Call of Duty Warzone and Vanguard to play as Snoop Dogg and use select weapons only his character has to offer.

Snoop Dogg is now 50 years old, has rebranded himself multiple times, and even briefly changed his name to Snoop Lion. Everything he has done has lead to huge success thus far and he is one of the most successful rappers of our time,

Look Yourself in The Mirror

Everything was going as planned, but he worried for his well-being, considering what happened to his label mates.

Snoop Dogg was able to reevaluate himself and determined this was not the life he wanted to live. From that point forward, he has changed his life for the better.

Be a Jack of all Trades

Snoop Dogg has his hands in so many realms of entertainment and business. Although he is not a master of them all, he still benefits from them financially.