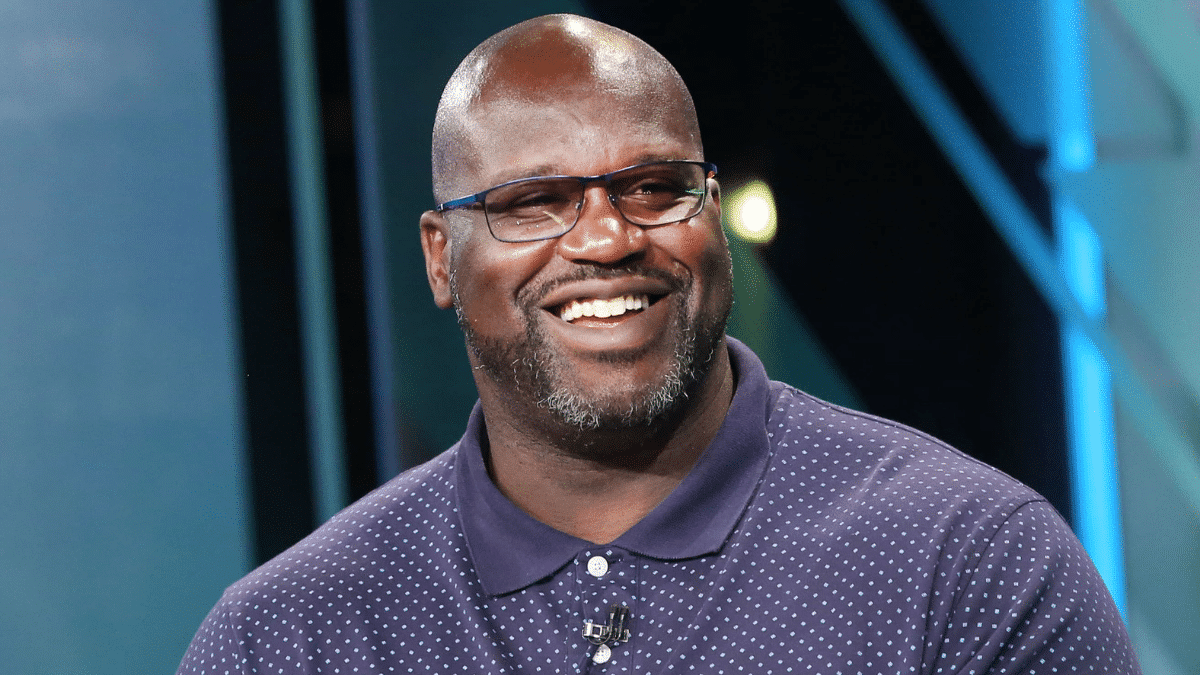 Have you ever wondered what the net worth of Shaq Is? If you’re a fan of basketball, odds are you have heard of this Hall-Of-Famer. Shaq is arguably the greatest center that has ever lived. Despite winning multiple championships, the star actually made a lot of his net worth through investments and business. Additionally, he’s even tried his hand at mixing electronic dance music records! In this post, we’ll show you how Shaq built his net worth of $400 million and what you can take away from his story.

Shaquille O’Neal was born on March 6, 1972, in Newark, New Jersey. His mother was named Lucille O’Neal and his father went by Joe Toney. When Shaq was an infant, his father struggled with drug addiction and quickly fell into prison. After being freed from prison, he forfeited parental rights to Shaq. Shaq’s stepfather, Phil Harrison, took his role and helped the young boy stay away from trouble and nurture his talents.

Shaq came from a naturally tall family. His mother was 6’2 and his biological father was 6’1. Consequently, the young boy had reached a staggering height of 6’6 by the time he was only thirteen! During this time, the neighboring streets of Newark were filled with crime and bad influence. Thankfully, Shaq accredits his local Boy’s and Girl’s Club for keeping him off the streets. Instead of following this path, he would practice basketball daily.

By the time the boy turned 16, O’Neal had grown to 6’10! He began playing basketball at Robert G. Cole High School his freshman year. Shaq led his team to an incredible 68–1 record over two years. Additionally, he helped the team win the state championship during his senior year. His 791 rebounds during the 1989 season remain a state record for a player in any age group!

By the time Shaq had graduated college, there was no doubt the young star was ready for the league. Following that same year, the Orlando Magic drafted O’Neal with the 1st overall pick in the 1992 NBA draft. O’Neal was named the Player of the Week in his first week in the NBA, the first player to do so! At the end of his rookie season, the star would average 23 points and 14 rebounds per game!

O’Neal quickly became a league-wide threat and was feared by several teams. At the end of the 1996 season, Shaq became a free agent for the first time since being drafted. The Los Angeles Lakers quickly picked him up, marking the start to what would be a historic legacy. From 2000 to 2002, Shaq collected three NBA championships in a row along with teammate Kobe Bryant.

Following this incredible championship reign, Shaq made his move to the Miami Heat in 2004. He claimed one of the main reasons for going to Miami was to play with the up-and-coming star Dwyane Wade, to whom he gave the nickname “Flash.” Shaq would go back to the NBA finals in 2006 where he would face the Dallas Mavericks led by star power forward Dirk Nowitzki.

The Mavericks won the first two games at their home stadium in a dominating fashion. The Heat, which was led by a young Wade, would go on to win all four of the next four games to deliver the first NBA title for the Miami Heat franchise and give O’Neal his fourth title.

Following his career in professional basketball, Shaq had amassed quite the net worth. Like many smart businessmen would do, Shaq decided to take his salary earnings and multiply his wealth. On March 22, 2019, it was announced that he would be joining Papa John’s board of directors. By taking on this role, Shaq will earn $8.25 million dollars in both salary and stock compensation over a three-year period. Additionally, he invested $840,000 of his own money to buy 30% of a 9-unit franchise of Papa Johns in Atlanta!

In 2013 Shaq paid $5 million dollars for a 1% stake in the NBA’s Sacramento Kings. Through an 8-year time period, this investment more than doubled in value to $11 million dollars! In August 2021, Shaq sold his stake in the team. Consequently, he took the earnings and became the primary endorser of an online gambling company known as “WynnBET”.

Following his sons’ collective interest in EDM music, Shaq decided it was his turn to start mixing. What had started as a side hobby, quickly became a paid career for Shaq. Soon, he took on the stage name “DJ Diesel,” and began performing at some of the world’s biggest EDM festivals. These festivals would net hundreds of millions in dollars, alongside millions of raving fans.

Shaq quickly grew popular within the EDM community. He even began working on side projects with major industry names like Insomniac, and WorldWide Records.

As of May 2022, Shaq has a net worth of $400 million dollars. He has earned much of his wealth from his successful career on the basketball court. While Shaq may have retired from basketball years ago, he still earns up to $60 million annually from endorsement deals and other personal business ventures.

Shaquille O’Neal has been an active trader in the real estate and stock market since the 90s. He has since invested in global brands like PepsiCo, General Electric, and Apple. In terms of real estate, Shaquille O’Neal has developed several projects in Newark, New Jersey. His property development initiative is a joint partnership with Boraie Development and some of the projects he has realized so far include One Riverview and CityPlex12.