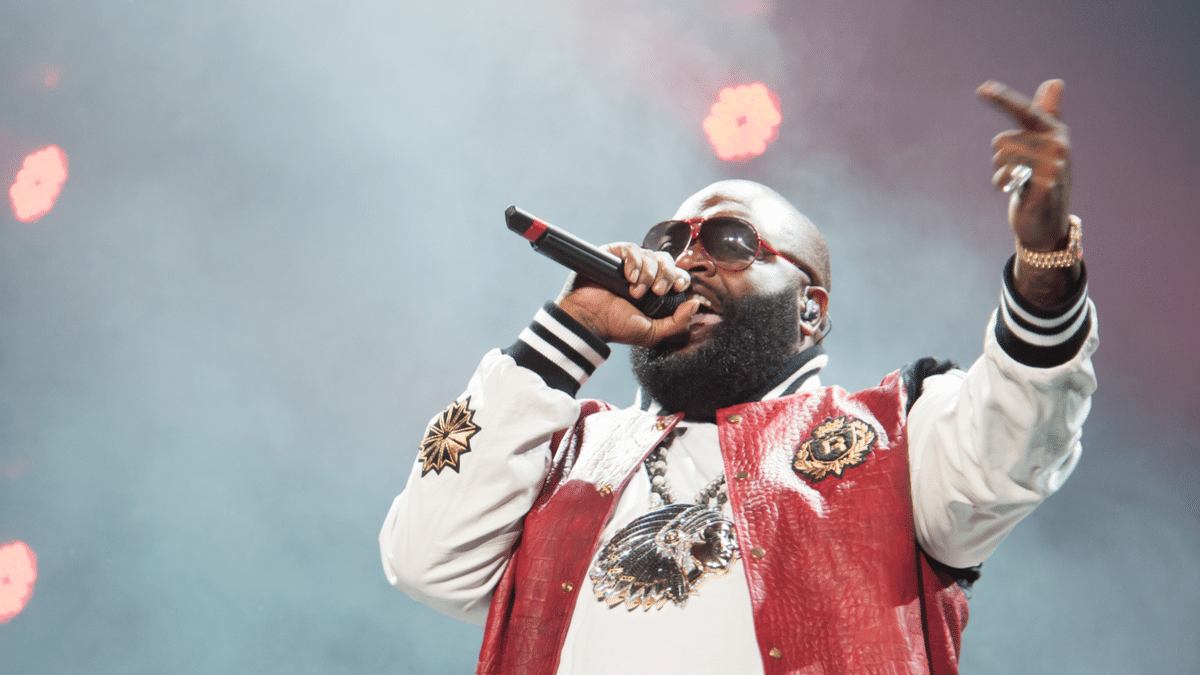 Have you ever wondered what the net worth of Rick Ross is? The rapper, songwriter, record executive, and entrepreneur has become a wealthy man. Known for his skills on the mic and owner of Maybach Music, Rick Ross, as of May 2022, has a net worth of $40 million. This post will illustrate what steps he took to achieve his success.

Roberts grew up listening to Notorious B.I.G and Luther Campbell. These artists influence played a significant role in Roberts’ passion for rap. He also enjoyed football and played throughout most of his teenage years.

He was good enough to land a football scholarship at Albany State University. However, Roberts’ love for rap consumed him after one year, causing him to drop out and focus on his rap career.

Roberts’ rap debut was a feature on Erick Sermon’s song Ain’t Shh to Discuss under Suave House records. Roberts’ stage name was Teflon Don at the time, and the feature was well-received. Which gained him popularity and left people wondering what he was capable of on his own record.

Inspired by the former drug kingpin Freeway Rick Ross, Roberts would change his stage name to Rick Ross. Under that name, he would release his debut single Hustlin, which took the rap world by storm.

The song would go certified gold and gain the attention of rap icon Jay-Z, who would sign Roberts to Def Jam records in 2006. He would go on to release his debut album Port of Miami later that year.

Port of Miami debuted at number one at the US Billboard top 200 and sold over 180,000 units in the first week. The album made Roberts one of the hottest in the game. As well as, allow him to work with notable stars DJ Khaled, T-Pain, and Trey Songz.

Roberts was solidified as one of the biggest stars in the rap game. This allowed him to realize the significant influence he possessed. He would capitalize on that by creating his record label.

Roberts created Maybach Music (MMG) in 2008, but his significant signings weren’t until early 2011. That year he signed Meek Mill and Wale, the group released their debut compilation album Self Made Vol 1, which was critically acclaimed and brought recognition to his young artists.

MMG Now consists of 5 artists, Meek Mill, Wale, Gunplay, Rockie Fresh, and Rick Ross. The label has had seven albums debut at number one on the billboard 200.

Roberts had the smarts to run a successful music label, proving he was more than just a rapper. He would then use this experience to assist other business ventures of his.

Roberts is the owner of over 30 Wingstop locations, and his name has added tremendous value to the stake of the food chain.

Wingstop has become a fan favorite amongst rappers and everyday people. Roberts also owns several Checkers and Rally’s franchises in Miami. He has made both chains culturally relevant while creating a stream of passive income for himself.

In addition to his ventures, he has invested a million dollars in a Telehealth startup Jetdoc. Jetdoc a virtual urgent care app that connects users directly to a medical professional.

Roberts was well aware that rap is not a forever thing. With these ventures, he has set himself up nicely for life after music.

As of May 2022, Rick Ross has a net worth of $40 Million. Roberts is a sensational artist and has made ten studio albums and seven mixtapes from 2006 until now. While most of his money is from his music and label. He grows his wealth through business ventures and investments, ensuring that his millions are equipped to grow in years to come.

Ross’s latest business venture in the works is his first annual car show that is set to be held later this month. The show will highlight classic sports car and has received six-figure endorsement deals to sponsor the event.

Always think about what’s next– Roberts was doing great within the realm of Hip Hop and Rap. With that being said, he didn’t stay small-minded and created his record label so other rappers could make him money as well. It’s essential to work on your craft and establish a skill, but it’s also important to always keep in mind the next step. Thinking like this will always keep you goal-oriented and will have you reach your full potential.