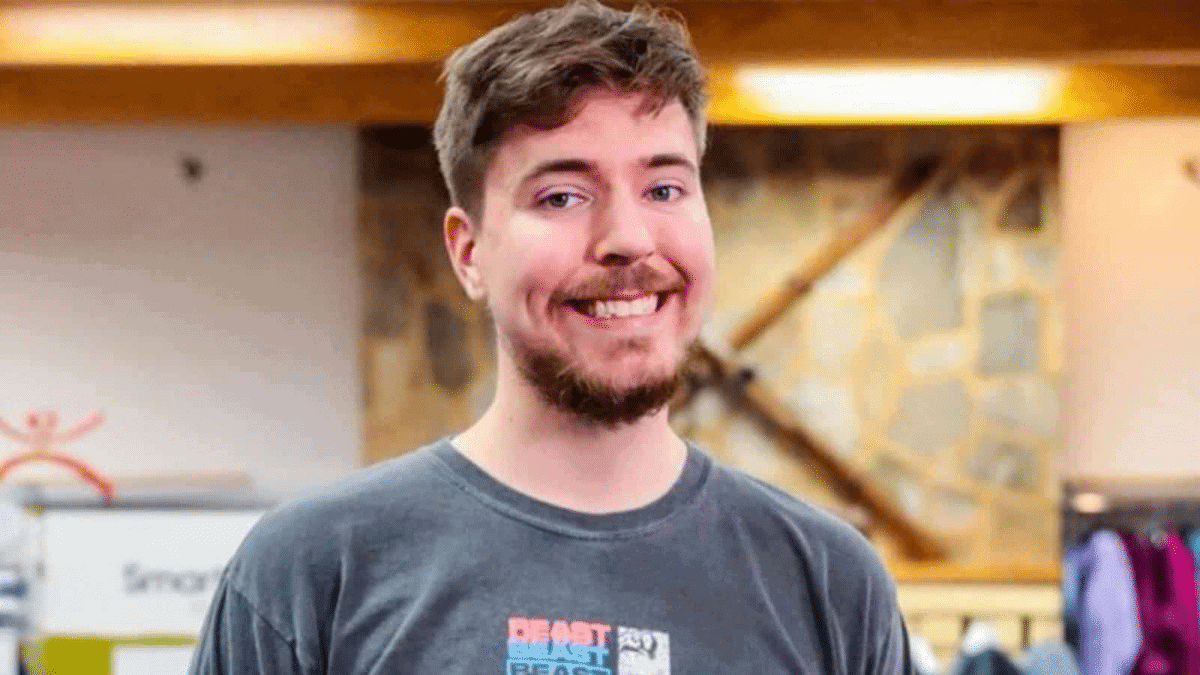 Have you ever wondered what the net worth of MrBeast is? Well, the youtube sensation, philanthropist, and businessman has generated incredible wealth for himself. Famously known for his youtube channel, MrBeast has a net worth of $25 million. This post will illustrate how he achieved great success.

Jimmy Donaldson, known as MrBeast, was born on May 7th, 1998, in Kansas. However, he and his brother CJ grew up in Greenville, North Carolina, where Donaldson would go on to graduate from Greenville Christian Academy in 2016.

Donaldson’s first ever Youtube video was at the age of 13 years old. His earliest content consisted of documenting the playthrough of video games, such as Minecraft and Call of Duty. Additionally, Donaldson would do videos estimating the wealth of famous YouTubers.

As he got older, his passion for YouTubing grew substantially. After he graduated from high school, he knew he wanted to be committed to YouTube fully. He stated, “I’d rather be poor than do anything besides YouTube.”

He went onto forgo college and become a full-time YouTuber. This decision changed his life for the better and played a massive role in making him a millionaire today.

Donaldson started to gain popularity in mid-2016 from his “Worst Intro” series of videos. During these videos, he would make fun of YouTube instructors on the site. These videos gained him around 30,000 subscribers.

Both videos gained millions in viewership, showing Donaldson that there is extreme worth in doing attention-grabbing stunts on youtube. With that in mind, Donaldson would go on to create more videos of that nature.

He would watch paint dry, try to stay underwater for 24 hours, and attempt to break glass using a hundred megaphones. The more outrageous, the more appealing to Donaldson, and because of it, he was becoming one of YouTube’s biggest stars.

Like Charlie D’Amelio, with a vast following and viewership, Donaldson could make large amounts of money from his channel. His omnipresence made him the perfect target for brand deals from companies like Quid and Adsense.

It is unclear on the exact value he makes from his Youtube videos as Youtube pays anywhere from $3-$5 per 1000 views. However, Donaldson quickly gets over 10 million views a video, so it’s safe to say he makes at least $30,000 every video.

Another key to Donaldson’s earnings is giving. Youtube labeled him “Youtube’s Biggest Philanthropist,” as he has given away millions in donations on various videos. Although Donaldson genuinely loves to give back to people in need, also realized that the more he gave, the more people viewed. This ultimately leads to more revenue for his channel.

By 2018 Donaldson had given out over a million dollars in donations through his various viral videos. He would often donate thousands to random gamers on Twitch and YouTube streamers. Donaldson has also created multiple fundraisers and charities.

Donaldson, along with YouTuber Mark Rober, created the fundraiser, Team Trees in October of 2019. The project’s goal was to raise 20 million dollars for the Arbor Day Foundation, which pledged to plant a tree for every dollar raised.

By December of 2019, Team Trees raised 20 million dollars, and by May of 2020, the project raised over 22 million dollars. The 20 million trees have been estimated to remove 116 thousand tons of chemical air pollution from the atmosphere.

Beast Philanthropy was created on March 26th, 2021, and has already positively impacted people in need. Donaldson and his team have given away over 550 million pounds of food and feed around five communities each month.

Beast Philanthropy has also helped support local food banks and charities that were struggling due to Covid-19. Donaldson has over 4 million subscribers to Beast Philanthropy already, so there should be much more good to come.

Donaldson has been able to branch away from YouTube and diversify himself in the business world. In June 2020, he released a one-time multiplayer mobile game: Finger on the App, which challenged players to hold a finger on the phone screen in the app for as long as possible.

The last person to remove their finger would win the prize of 25 thousand dollars. The game was highly successful, causing Donaldson to make a sequel. Finger on the App 2, same concept with a bigger prize of 100 thousand.

As of April 2022, MrBeast has a net worth of $25 million. The extreme success of his youtube channels paired with his business ventures have set him up to be worth millions. Donaldson is only 23 years old and has already accomplished so much. Donaldson is one of the highest-paid YouTubers, and at this rate will be for the foreseeable future.

2 thoughts on “How Is The Net Worth Of MrBeast $25 Million?”