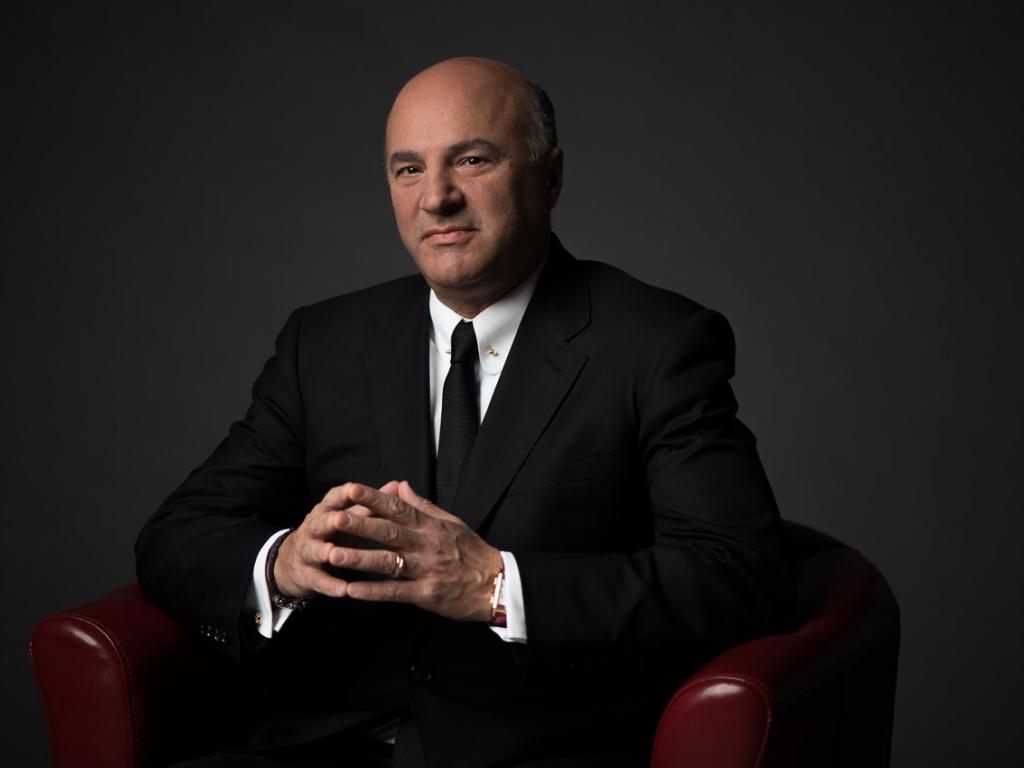 “I like to take risks. That’s how I make money. But they are calculated risks… and for that, I’m out.” This is the line I heard Kevin O’Leary, aka Mr. Wonderful, say to a pitch one night on ABC’s Shark Tank. No one ended up investing in this entrepreneur’s idea. I can only imagine his pain of getting selected to be on Shark Tank to only have all of the investors say no. I watch Shark Tank every now and again, and I have always wondered what Mr. Wonderful’s net worth is.

Not only is Kevin O’Leary a Canadian businessman, politician, and author, he is also a huge tv personality. O’Leary has starred in hit shows like The Lang and O’Leary Exchange, Dragons’ Den, Project Earth, and, of course, Shark Tank.

According to O’Leary himself, the nickname, “Mr. Wonderful” is a playful reference to his reputation of being mean. The name is also a reflection of his view that his blunt assessments are helpful to “misguided entrepreneurs.”

Although there is no doubt that Mr. Wonderful is widely successful, many would be surprised that as of April 2022 Mr. Wonderful has a net worth of $400 million dollars! Let’s take a look into how he has built his empire and how you can do the same.

Kevin O’Leary was born in Montreal, Quebec. He is the child of Georgette and Terry O’Leary. Thanks to his parents’ combined experience with entrepreneurship, investments, and sales, Mr. Wonderful observed success at a young age.

However, his parents divorced when he was a child, mainly due to his father’s alcoholism. After his father’s eventual death, young O’Leary found himself continually moving due to his mother’s newfound relationship with UN economist George Kanawaty.

O’Leary’s mother was a proficient investor, a trait she kept secret even after her death. After her death, O’Leary discovered her investing acumen through her will. Through his mother’s methods, O’Leary learned the fundamentals of investing at a young age.

O’Leary had aspirations to become a photographer early on but attended college on the advice of his stepfather. There, he developed an interest in business and investing.

His first job was an internship at Nabisco in downtown Toronto, where he worked as an assistant brand manager for the firm’s cat food brand. O’Leary credits his eventual success to the marketing skills he gained at Nabisco.

A Love for Television

Following his stint at Nabisco, Mr. Wonderful started a venture as a television producer with a couple of his former MBA buddies, Special Event Television (SET). SET was mildly successful until one of O’Leary’s partners eventually bought him out of the company for $25K.

It was a tough break for O’Leary. However, now that he had dipped his feet in the waters of entrepreneurship, there was no turning back.

Mr. Wonderful’s Net Worth After Softkey

Mr. Wonderful’s net worth of $400 million didn’t happen by accident. Through his venture with Special Event Television, he was now able to start a business of his own.

O’Leary knew that computers and software would end up becoming a booming business. Not only was the personal-computer industry rapidly growing in the 80s, but the demand for distributors was also mostly unsaturated at the time. So, with the funds from his share of SET, he started a company called Softkey Software Products, a distributor of CD-ROM based computer software for Windows and Mac computers. He started this company out of his Toronto Basement in 1986, similar to how Daymond John started FUBU out of his mother’s house.

However, leading up to the 90s, Softkey encountered more competition from other software companies. But they endured and developed several educational software products targeted for home-users.

By the mid-90s, Softkey was a household name in the educational software industry. Thanks to its massive success, the company acquired multiple rivals and dominated the market. Many recognized the firm as one of Canada’s fastest-growing companies. Softkey’s enormous success culminated in Mattel purchasing the company for over $4.2 billion in 1999.

O’Leary left the firm almost immediately after the purchase, and the deal turned out to be hugely unprofitable for Mattel.

Mr. Wonderful’s Net Worth After StorageNow

Following his success with Softkey, Mr. Wonderful increased his wealth even more with his next venture. He became a co-investor at StorageNow Holdings, a Canadian distributor of climate-friendly storage facilities.

StorageNow went on to become the operator of multiple storage services in Canada, prompting Storage REIT to purchase the firm for $110 million in 2007.

Mr. Wonderful sold his shares of the company for $4.5 million.

Mr. Wonderful’s final push into financial success came with his foray into television. He had a passion for television at a young age, as evidenced by his production business, SET. When he filled the role of an investor “shark” on ABC’s hit series, Shark Tank, he became a household name in the entrepreneurial world.

Shark Tank became an immediate hit in the United States, amassing 9 million viewers per episode in 2014-2015. Some of his most notable investments on Shark Tank are in Talbott Teas (purchased by Jamba Juice) and Zipz.

Below are some of Mr. Wonderful’s investment highlights since joining Shark Tank in 2014.

Mr. Wonderful’s Net Worth Exploded With A Few Simple Steps

As of April 2022, Mr. Wonderful’s Net Worth is $400 million. As Mr. Wonderful looks back on his financial success, he’s passed along his top tips for small business owners like us to use in our entrepreneurial journeys.

Technically, O’Leary’s first-ever job was as a “scooper” at an ice cream store in his local mall. His boss fired him after he refused to scrape gum off of the restaurant floors. He credits that as an eye-opening but significant experience for him.

Mr. Wonderful cites failure as one of the most important things a young entrepreneur should experience.

“The sting of failure is a very important motivator to getting it right the next time. Great entrepreneurs absorb the hit, move on, and become stronger.”

Mr. Wonderful has often been quoted emphasizing the importance of sales and driving revenue for your startup. He’s even gone as far as to say that sales are what the first two years of a startup company should be about.

“If sales roll in, you validate your concept. If customers are willing to buy your product or service, it proves you have the right idea, and now you just have to make it bigger. Those sales will provide you with much-needed cash flow. But growing a loyal customer base may require you to be creative. “You can create buy-in by telling them they are helping grow the company.”

3. Know When It’s Time To Cut Your Losses

O’Leary’s been quoted many times talking about knowing when to pull the plug on your startup. According to the Shark Tank star, if after three years your business is unable to make a profit, it’s time to pull the plug.

“If you can’t make money after 36 months, and there’s no path to making money, it was a hobby, not a business. You have to take it behind the barn and shoot it.”

Now, this advice might be a bit uncommon. After all, the cliche advice we’re used to hearing recommends the opposite. “Never give up on your dreams!” “Keep pushing!” In the eyes of a straight-shooter like Kevin O’Leary, this approach is naive and misguided. He believes in being realistic about your goals and having a game-plan around achieving them.

So, never give up on your dreams. But if you reach 36 months without making progress, it may be time to revisit this article and cut your losses.

Mr. Wonderful’s net worth is $400 million. But this didn’t happen overnight.

He spent time identifying an opportunity to take advantage of a budding market in the personal computing industry and creating Softkey, a professional learning platform for kids. But he didn’t make your average run of the mill learning platform. He used CD-ROMs to do this, which at the time was a significant breakthrough for technology.

Then, he utilized the investing skills learned from his late mother to invest in StorageNow Holdings, a Canadian distributor of climate-friendly storage facilities.

Some of Mr. Wonderful’s top tips for young entrepreneurs are as follows: