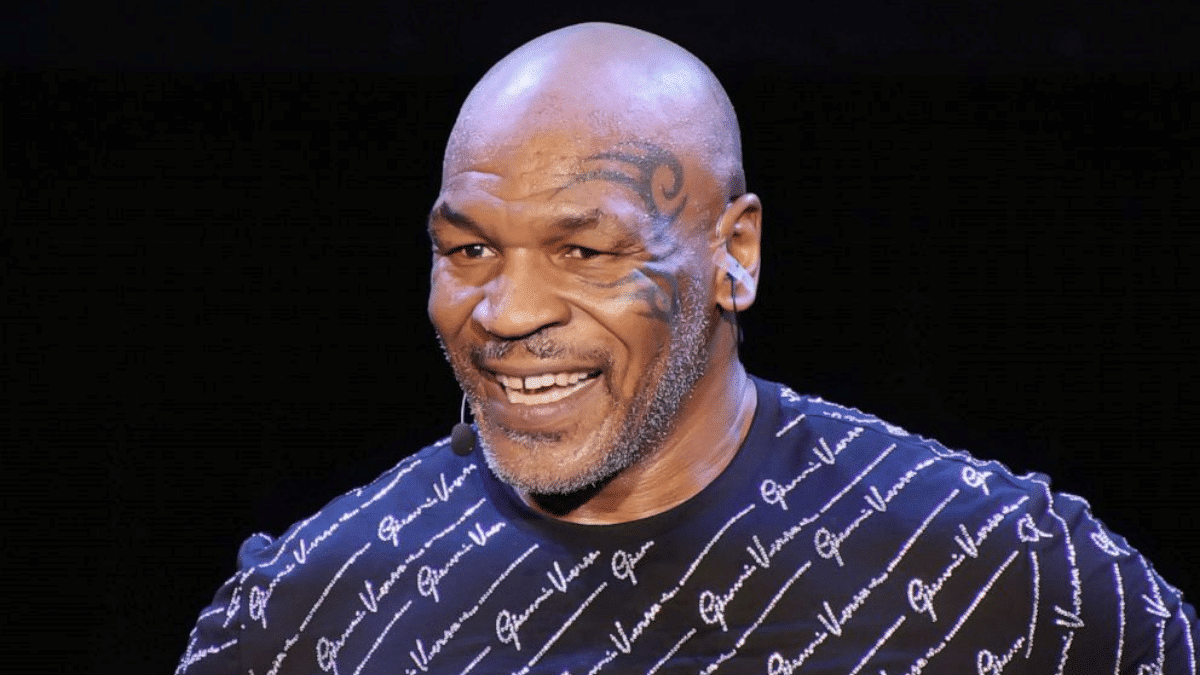 Mike Tyson was born on June 30, 1966, in Brooklyn, New York. Tyson grew up in a rough part of the Brooklyn burrow. His father had left him and his two siblings at the time of his birth. His stepfather was unfortunately involved in a lot of crime and gambling. By the time Mike Tyson had turned ten, he and his mother had to move away due to financial issues.

Because of this early hardship, Tyson had little direction in life. By the age of 13, Mike Tyson had been arrested for 38 crimes! He says this was often due to him fighting bigger youths who would make fun of his voice. During elementary school, Tyson’s fighting ability was first discovered by a juvenile detention instructor and a former boxer. Knowing Tyson would be headed towards a bad path, the detention instructor helped the young boy enter the world of boxing.

He spoke with Tyson and convinced him to turn his anger into positivity through boxing. Consequently, the old trainer contacted his close friends still active in the sport. After working with a few trainers, Tyson eventually met Cus D’Amatto – a trainer who would have an immense influence on the future boxing champ. Unfortunately, Tyson’s mother passed away when he was only 16 years old. Consequently, D’Amatto became his legal guardian. Additionally, Tyson also worked with boxing legend, Kevin Rooney, from a young age.

For the next two years, Mike Tyson and D’Amatto would train for ten hours on a daily basis. Tyson was now determined to one day be a boxing champion. After breezing through local competition at Tyson’s local gyms, D’Amatto believed it was time to go pro. Tyson made his professional debut on March 6, 1985, in Albany, New York. He was only 18 years old!

The young boxer defeated Hector Mercedes in the first round via TKO. In the same year, Tyson had an additional 15 bouts. Fighting frequently, Tyson won 26 of his first 28 fights by KO or TKO; 16 of which came in the first round! Over time, Tyson’s opponents gradually became more difficult. His win streak attracted media attention. Soon enough, Tyson was thought to be the next great heavyweight champion.

Tyson’s first nationally televised fight happened on February 16, 1986. The bout was at Houston Field House in Troy, New York, against popular heavyweight Jesse Ferguson. The bout was actually televised on ABC sports! Unsurprisingly, Tyson ended the match in the fifth round after uppercutting his opponent and breaking his nose! The match was ruled a disqualification, unfortunately. In July, after recording six more knockout victories, Tyson fought  Marvis Frazier in Glens Falls, New York.

On November 22, 1986, Tyson was given his first title fight against Trevor Berbick. This bout was for the World Boxing Council (WBC) heavyweight championship. Tyson won the title by TKO in the second round. Consequently, at the age of 20, Mike Tyson became the youngest heavyweight champion in history! He added the WBA and IBF titles after defeating James Smith and Tony Tucker in 1987, respectively.

Following his ultra-successful boxing career, Tyson shifted his focus to acting. Considering the boxer had real estate in Los Angeles, this wasn’t a difficult decision to make at all. Within time, Tyson was offered several acting roles. The largest of which included his role in the popular movie series,The Hangover. These two appearances alone netted him $300,000 dollars! Surprisingly, Tyson also appeared on Rocky Balboa, IP Man, and Scary Movie 5! All in all, Tyson has earned millions through his acting roles.

He also owned an animated television show known as Mike Tyson Mysteries. Most recently, the former boxer produces a boxing-themed podcast known as Hotboxin’ With Mike Tyson. Here, Tyson has a ton of fun with his good friend, Henry Cejudo.

Tyson has been an avid Marijuana smoker for years, and in 2017 released a line of cannabis products called Tyson Ranch.

Unfortunately due to poor management the company failed, but Tyson has entered the industry with the release of Tyson 2.0.

This new line will carry pre rolled joints, edibles, drinks and three lines of flower ranging from low to high potencies. Tyson 2.0 can be found in over 15 states across the country, and is expected to grow substantially over time.

As of May 2022, Mike Tyson has a net worth of $10 million dollars. He has earned his wealth through professional boxing, endorsement contracts, acting, and other ventures. Mike Tyson owns and runs the Tyson Ranch. Here, he cultivates marijuana and sells marijuana-based products. Reports indicate that Tyson Ranch generates around $500,000 dollars in monthly revenues. This puts the ranch at an incredible valuation of $6 million dollars.

Tyson earned a huge fortune during the peak of his career. Unfortunately, the star ended up losing a lot of this through lavish spending, similar to Dennis Rodman. Some sources indicate that his net worth would have been upwards of $700 million dollars today had he been warier! He has mostly lost his fortune through expensive divorce cases, lavish cars, motorbikes, and expensive pets. Either way, Tyson sits on a large net worth today and has accomplished plenty!