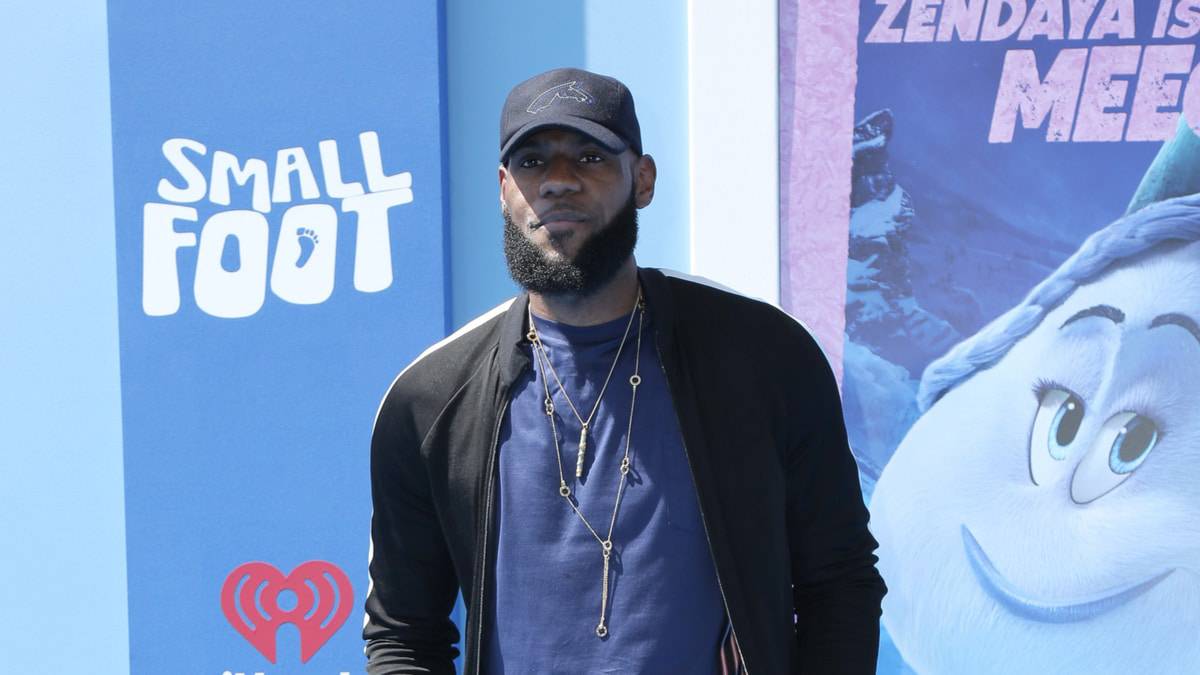 Have you ever wondered what the net worth of LeBron James is? Well, the Los Angeles Lakers SF is arguably the greatest professional basketball player ever. But he has also become a business mogul outside of basketball. In fact, he co-founded the digital sports programming

Now, he’s well on his way to surpassing even Michael Jordan’s net worth. As of May 2022, the net worth of LeBron James is $850 million. He has a lifetime deal with Nike worth a whopping $1 billion. Every year, LeBron James earns around $40 million in salary from the NBA and roughly $55 million from endorsements. This alone totals his salary at around $100 million. In this post, we’ll show you how “King James” built his fortune.

The Cleveland Cavaliers drafted LeBron James with the 1st overall pick in the 2003 NBA Draft. A homegrown hero hailing from Akron, the fanbase expected tremendous things out of him. And he did not disappoint. LeBron burst onto the scene in his rookie year, averaging over 20 points per game, 5 rebounds per game, and 5 assists per game at just eighteen years old. From there, he exploded into one of the most dynamic players the NBA has ever seen.

As of this writing, LeBron James is a member of the Los Angeles Lakers. He earned a projected $95.4 million in the 2021 season. Around $31.4 million of that will come from his on-court earnings as a member of the Lakers. The remaining $64 million will come from his many endorsements. By the time LeBron’s contract with the Lakers is up in 2023, he will have earned $428 million in NBA salaries.

LeBron James’s longtime friend and business partner is Maverick Carter. Together, the two have made a multitude of savvy business moves. “LeBron and I have always been about finding companies that we truly believe in and putting real money into them,” Carter said to ESPN’s Darren Rovell. “We’re not talking putting in $15,000 or $20,000. It’s real money plus the expertise, understanding and knowledge that we bring as well as bringing LeBron’s name and likeness to the product.”

Over the course of his decorated career, LeBron James has accumulated several endorsements and sponsors that have skyrocketed his net worth. Below is a list of LeBron’s most notable partnerships that have allowed him to become one of the richest basketball players of all time.

LeBron James is arguably the most iconic NBA basketball player of all time. His fans famously anointed him as “The Chosen One” at just sixteen years old. He was even on the cover of Sports Illustrated at the time. It’s no secret he would be the NBA superstar to follow in Michael Jordan’s footsteps as the face of the Space Jam sequel, “Space Jam: A New Legacy.”

Before we dive into LeBron’s role and his earnings from his new movie, let’s take a look at his acting career in general. You might not know that LeBron has a surprising 54 producing credits, many of which came from projects through his own SpringHill Entertainment Company.

In fact, his first producing credit came from his animated web series, “The LeBrons,” made in 2011. He followed this up by famously producing NBA 2K14, a game for which he was the cover athlete that year.

Below are some of LeBron’s most famous produced projects. Unless you’re a serious LeBron James fan, you likely won’t be familiar with many outside of these five.

This brings us to a growing area of LeBron James’ professional life: his acting career. As you could probably imagine, he has a terrific acting presence, and treats his roles with the same time and effort he would an NBA basketball game.

His film debut came as a supporting role in the movie Trainwreck, featuring Amy Schumer. LeBron was reportedly hesitant about diving into a career outside of professional basketball at the time, believe it or not.

LeBron is perhaps most famous recently for his role as himself in Space Jam: A New Legacy. Similar to the film’s predecessor, the plot involves James teaming up with Bugs Bunny and the rest of the Looney Tunes to save the rest of humanity.

Although the movie clearly struck an emotional nerve with those who grew up and watched the original Space Jam, critics deemed the movie a “successful disappointment.” According to Forbes, Space Jam: A New Legacy topped the domestic box office in its first weekend with $31.65 million in 3,965 theaters. This is so-so when benchmarked against the typical box-office hit. However, plenty of uncontrollable factors (COVID-19, the rise of streaming services) can be attributed to its subpar performance thus far.

Outside of Space Jam: A New Legacy and Trainwreck, below are some of LeBron’s most notable acting credits:

As of May 2022, the net worth of LeBron James is $850 million, but he has publicly expressed his desire to eventually become a billionaire many times. “It’s my biggest milestone,” he said. “Obviously. I want to maximize my business. And if I happen to get it, if I happen to be a billion-dollar athlete, ho. Hip hip hooray! Oh, my God, I’m gonna be excited.”

Well, that time is coming sooner than later. In July 2021, LeBron James became the first active player in NBA history to top $1 billion in career earnings before retiring from NBA basketball. As mentioned, the majority of his earnings come from his dealings outside of his NBA salary, with LeBron having earned $700 million in ventures like licensing, endorsements, merchandising, and more. Although, his NBA earnings are nothing to scoff at either. He’s made an estimated $387.384 million from his NBA career alone.

Outside of his lucrative business ventures, you couldn’t expect LeBron James to not live luxuriously with his massive net worth. For example, in 2021, LeBron listed a mansion in Brentwood, Los Angeles for a whopping $20.5 million.

He then went on to buy an entire compound in Beverly Hills for nearly $38 million. Aside from his two lavish LA homes, you know the NBA star had to own a home in his hometown of Akron, Ohio as well. The mansion is 30,000 square feet on seven acres, featuring a barbershop, theater, bowling alley, and even an aquarium. We see you, LeBron. We see you.

With the laker failing to make the playoffs, Lebron James has had extra time to spend with his friends and family. He recently posted a video of his luxurious vacation in the Maldives, and is enjoying his time off.

LeBron James Net Worth in Rupees

Is LeBron James a Billionaire Now?

LeBron James has earned more than $1 billion over his illustrious career, with nearly $400 million in salary and more than $600 million in off-the-court earnings, but according to Forbes, that doesn’t make him a billionaire. After accounting for taxes, spending, and investment returns, Forbes estimates James’ net worth to be about $850 million.

So despite some sources reporting that LeBron James is now a billionaire, he is not. Additionally, according to Investopedia, the definition of a billionaire is as follows:

Yes, LeBron has earned $1 billion as of 2022, but he is not yet a billionaire. However, as we mentioned, that will likely be sooner than later with his torrid pace.