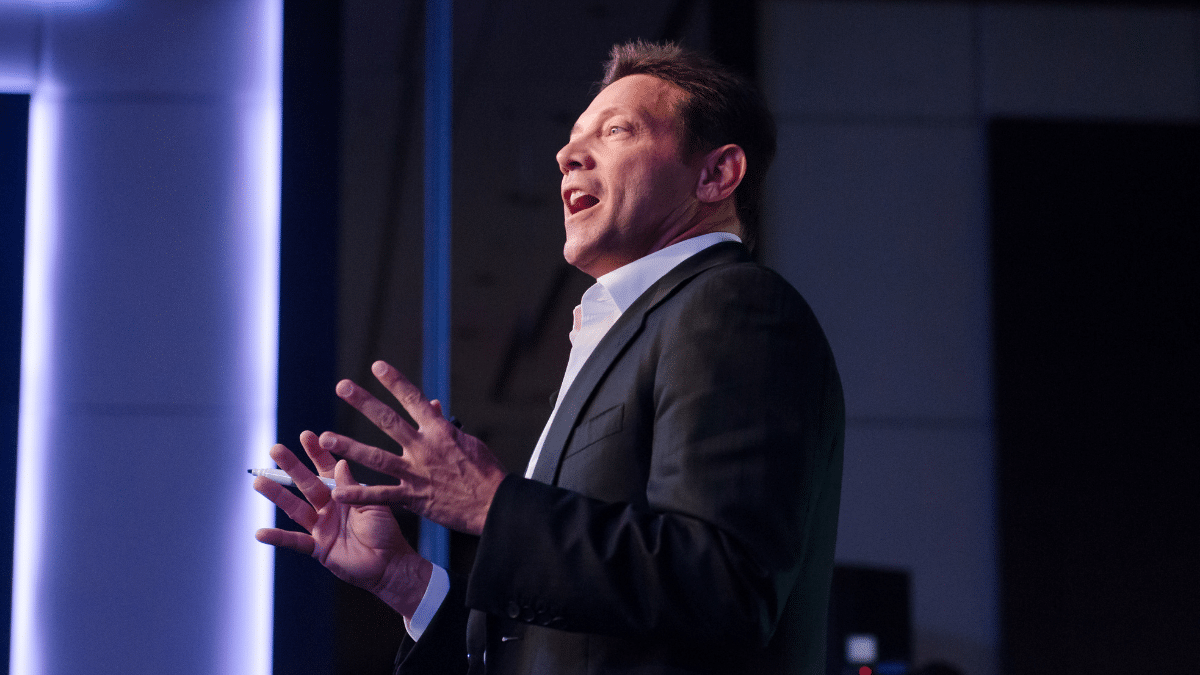 Have you ever wondered what the net worth of Jordan Belfort is? Well, as the founder of the corporation Stratton Oakmont and author of the memoir The Wolf of Wall Street he has made quiet the name for himself. The book has been adapted into an Academy Award-nominated film directed by Martin Scorsese and starring Leonardo DiCaprio as Jordan Belfort. As of April 2022, Jordan Belfort has a net worth of $100 million. In this post, we look at Jordan Belfort’s life, career, and current net worth.

Jordan Belfort was born in Bronx, New York, on July 9, 1962. Max and Leah Belfort, his parents, were both accountants. Jordan bounced around a lot as a child. He grew up in Queens, New York but him and his family relocated to Long Island when he was ten years old.

Jordan was always entrepreneurial. Before attending college, he and his boyhood friend Elliot Loewenstern made $20,000 selling Italian ice from plastic coolers at their local beach. Jordan recalls this as the first time he learned how to sell.

Belfort intended to use the funds to go dental school, and he enrolled at the University of Maryland School of Dentistry. He would end up dropping out, however, after the dean of the school told him: “The golden era of dentistry has come to an end. If you’ve come here solely to make a lot of money, you’ve come to the wrong place.”

After that, Belfort attended American University in Washington, D.C., but dropped out after one semester. He later returned to New York City and found work in Long Island as a door-to-door meat and seafood salesperson. He claims that his meat-selling business was initially a success, with him employing numerous staff and selling 5,000 pounds of beef and fish every week. The business, however, failed, and Belfort declared bankruptcy at the age of 25.

According to his memoirs and interviews, a family acquaintance assisted him in getting a job at L.F. Rothschild as a trainee stockbroker after his business failure. However, once the firm suffered significant losses during the 1987 stock market crisis, he was promptly fired.

Belfort and his colleague Daniel Porush founded Stratton Oakmont, a penny stock brokerage firm, in 1989. The company was based in Long Island’s Lake Success. The company used aggressive sales tactics to convince people to invest in penny stocks, which are stocks that trade for less than $5 per share. These penny stock recommendations would be used by Belfort to defraud investors through pump and dump stock sales (artificially increasing the price of an owned stock through false and deceptive positive remarks).

The business was a huge success, and by 1996, it was bringing in $100 million a year. Belfort began living a luxury lifestyle in the early 1990s, which included buying costly vehicles and mansions, drugs, and prostitutes.

Stratton Oakmont by this point employed over 1,000 brokers and was involved in over $1 billion in stock offerings! They even had its own “Strattonites” in-house training program, which produced some of Wall Street’s most successful stockbrokers.

The Securities and Exchange Commission (SEC) had been closely monitoring Stratton Oakmont since its foundation due to suspicion of fraudulent activity. In 1996, the SEC would shut down Stratton Oakmont for securities fraud after an undercover investigation.

After the SEC shut down Stratton Oakmont, Jordan Belfort was indicted for securities fraud and money laundering in 1999. He pleaded guilty and agreed to cooperate with the FBI in their investigation of other members of Stratton Oakmont. This resulted in the convictions of some of his friends and colleagues.

He was, however, condemned to four years in prison and compelled to make restitution of $110 million.

Belfort was sentenced to 22 months in prison for his crimes. While in prison, Belfort shared a cell with Tommy Chong. Chong pushed him to write about his stockbroker experiences saying that his story should be documented.

Belfort would go on to write the memoir The Wolf of Wall Street while in prison, which was published in 2007. The book was eventually made into a 2013 film starring Leonardo DiCaprio as Belfort, directed by Martin Scorsese. The film was nominated for five Academy Awards, including Best Picture, and grossed over $392 million worldwide.

He gave a TEDx Talk in Dubai in 2014 called “From thief to millionaire… to giving back,” in which he discussed his transformation from criminal to motivational speaker. During his speech, he stated:

“I got greedy. … Greed is not good. Ambition is good. Passion is good. Passion prospers. My goal is to give more than I get. That’s a sustainable form of success. Ninety-five percent of the business world is run by people who are reactive instead of proactive.”

As of April 2022, Jordan Belfort has a net worth of $100 million. This includes his earnings from his books, speaking engagements, and business coaching program. It also consists of the estimated $110 million he was ordered to pay in restitution after pleading guilty to federal charges of money laundering and securities fraud. He now is a successful business owner and motivational speaker