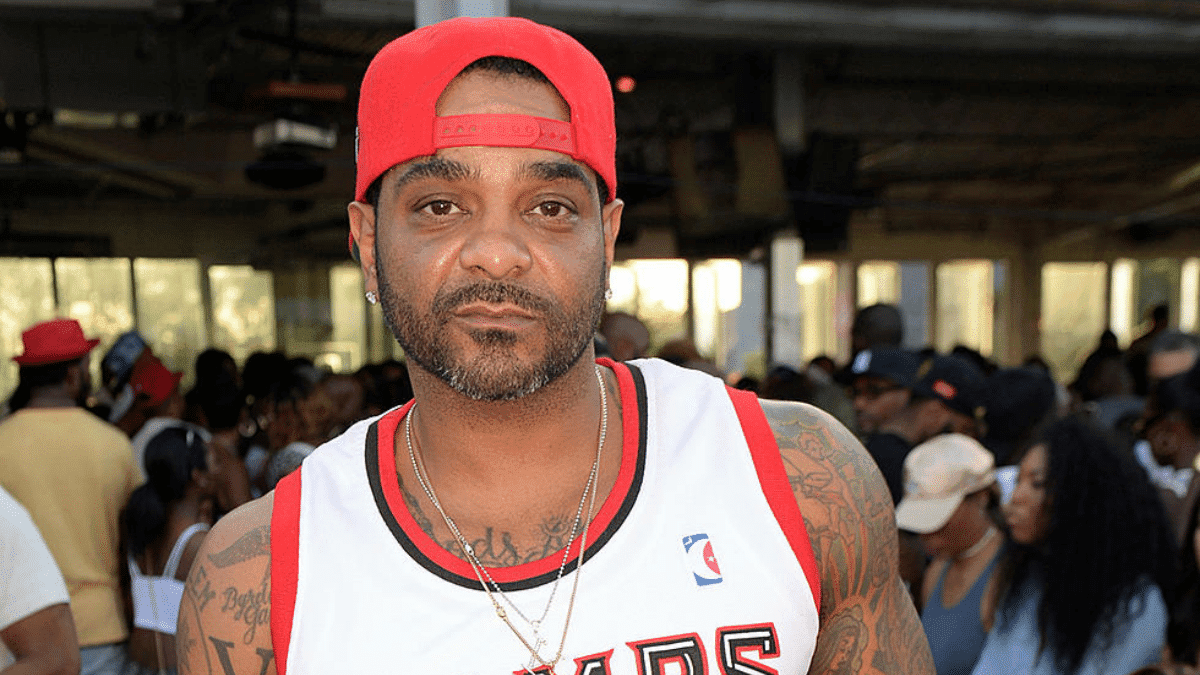 Have you ever wondered what the net worth of Jim Jones is? As one of the most well-known hip-hop artists of the early 2000’s, the man has definitely built quite the resume. What you’d be surprised to learn, however, is how difficult the road to success was for Jim Jones. Also, the artist faced a ton of professional struggles even after he finally made it. As of April 2022 Jim Jones has a net worth of $2 million. In this post, we’ll be showing you how he built his worth and what you can learn from his story.

Jim Jones was born on July 15, 1976, in Harlem, New York City. He was raised by his grandparents, as his maternal parents were absent most of his life. Jim Jones grew up in a particularly rough part of Harlem. At the time, the surrounding neighborhoods were plagued with both gun violence and robberies. Because of this, Jim Jones learned both self-defense and awareness very early in his life.

At the young age of only six, Jim Jones was already rapping and performing for family members at holiday get-togethers. He always displayed energy and passion for music. As a matter of fact, it was his love for music that helped keep Jim Jones off the dangerous streets of Harlem.

Eventually, Jones began getting into trouble as a young teen. His grandmother enrolled and forced the boy to attend church school. Jones would try and get out of going to church school by hanging out at a candy store a block away from the school. He became good friends with the owner but would steal the registry money and candy once the owner would leave for break. Eventually, Jim Jones was expelled from school, forcing the boy to focus on music full time.

In 2004, Jim Jones released his debut album, “On My Way to Church”. The release of his second album, “Harlem: Diary of a Summer in 2005,” came at the same time Jones was promoted to an executive within A&R at E1 Music. A year later, he put out his third album, Hustler’s P.O.M.E. This incredibly successful album brought about his most famous song to date, “We Fly High.” The song reached number five on the US Billboard Hot 100 chart and was certified platinum by the Recording Industry Association of America!

In 2006, Jones also formed the hip hop group ByrdGang and launched ByrdGang Records. The group released their debut album M.O.B. in 2008, finding much success. Jones followed up with his fourth solo album Pray IV Reign, which was released in March 2009, under Columbia Records. In April 2011, Jones released his fifth album, Capo, which was supported by the lead single, “Perfect Day.” Most recently he has released the popular Vampire Life series.

Throughout the years, Jim Jones has released several successful hip-hop studio albums. Below, are a list of his most famous works to date:

As of April 2022, Jim Jones has a net worth of $2 million dollars. A majority of his earnings came in the form of streaming royalties, tour sales, album sales, and a variety of other artistic ventures. Additionally, Jim Jones has done a ton of work within the acting field. He’s notably appeared on VH1’s “Love & Hip-Hop: New York,” alongside his longtime girlfriend.