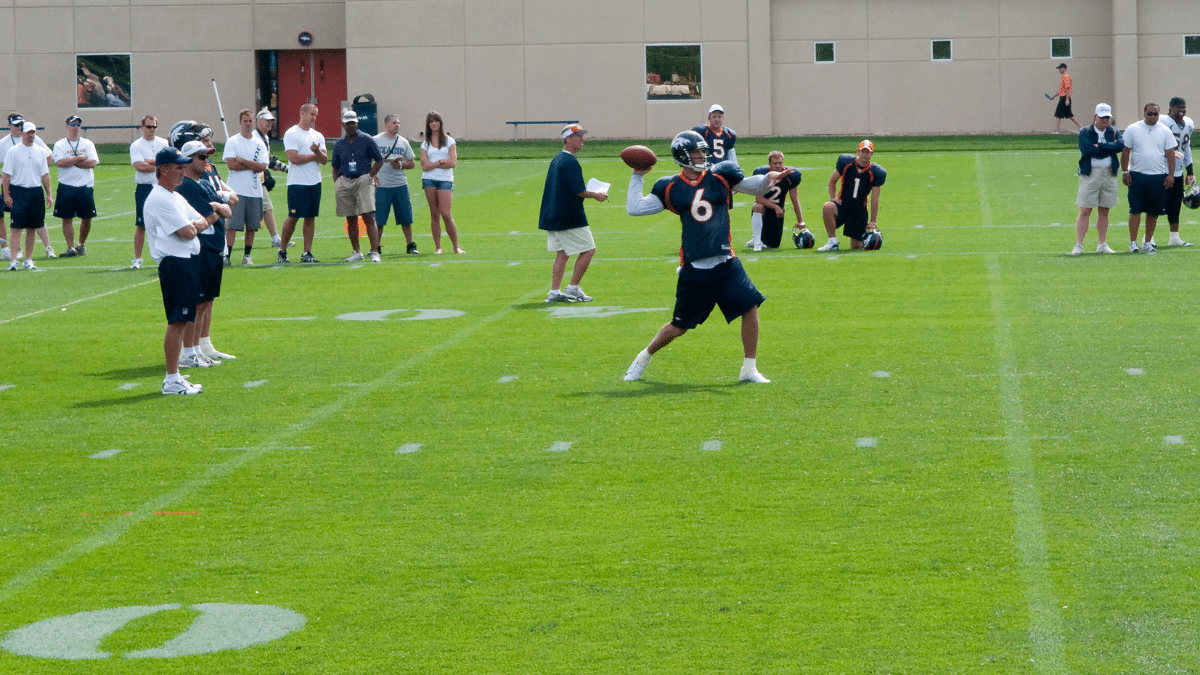 Have you ever wondered what the net worth of Jay Cutler is? As one of the most renowned American football quarterbacks in recent history, the man has definitely built a name for himself. What you’d be surprised to learn, is how much the star athlete struggled to achieve his success. In this post, we’ll be showing you how Jay Cutler built his $30 million dollar net worth, and what you can take from his story.

Jay Cutler was born on April 29, 1983, in Santa Claus, Indiana. He was born to Jack Cutler, a local fisherman, and Sandy Cutler, an elementary school teacher. The family lived a relatively quiet and safe life in the Santa Claus area. This allowed Cutler, and his sibling Jenna Cutler, to cultivate and grow their passions. For Jay, this happened to be athletics. Not only football but all types of sports.

By the time he was in middle school, Jay Cutler had grown to an astounding six feet tall! This made him one of the tallest kids in his school, but also one of the most dominant athletes in local recreational leagues. After several years of development and mastery of different sports, Jay Cutler had decided he’d focus his attention on football. Sure enough, football happened to be the sport the young boy excelled most at.

Jay Cutler entered Heritage Hills High School his freshman year. Known to be a massive football school, entering and playing for this varsity team was an accomplishment on its own. After a walk-on tryout, Cutler was admitted to the team and played quarterback all four years. After an incredible high school career, Cutler became a first-team All-State select by the Associated Press!

Following an extraordinary high school season, Jay Cutler was admitted to Vanderbilt University. Here, he played football on a full-ride athletic scholarship! He redshirted his freshman year but started an amazing 45 consecutive games the following years. This actually set the record for most starts in school history. In 2002, Cutler set the record for most rushing yards and touchdowns!

Entering the 2006 NFL draft, Jay Cutler was the third most sought-after quarterback. This brought many eyes to his name and opened many doors of opportunity. Selected in the 11th pick of the first round, the Denver Broncos took Jay Cutler under their wing. Here, Cutler would grow to great lengths as a player. During the NFL Combine, Cutler bench pressed 225 pounds 23 times! Additionally, he ran a 40-yard dash in 4.7 seconds!

Following this, Jay Cutler would go on to play for both the Miami Dolphins and the Chicago Bears. Cutler held amazing seasons and records in both teams, earning him several accolades throughout the years. Jay Cutler won the Pro Bowl in 2008, was the AFC passing yards leader in 2008, and was the offensive player of the month in September of 2008! Additionally, the star took home a number of awards from 2009 through 2010.

As of April 2022, Jay Cutler has a net worth of $30 million dollars. A majority of his earnings have come in the form of NFL player salaries, endorsement contracts, merchandise sales, advertisements, and much, much more.

Interestingly, Jay Cutler also has equity stakes in a number of local startups. These, he estimates are worth around $5 million dollars of his net worth.