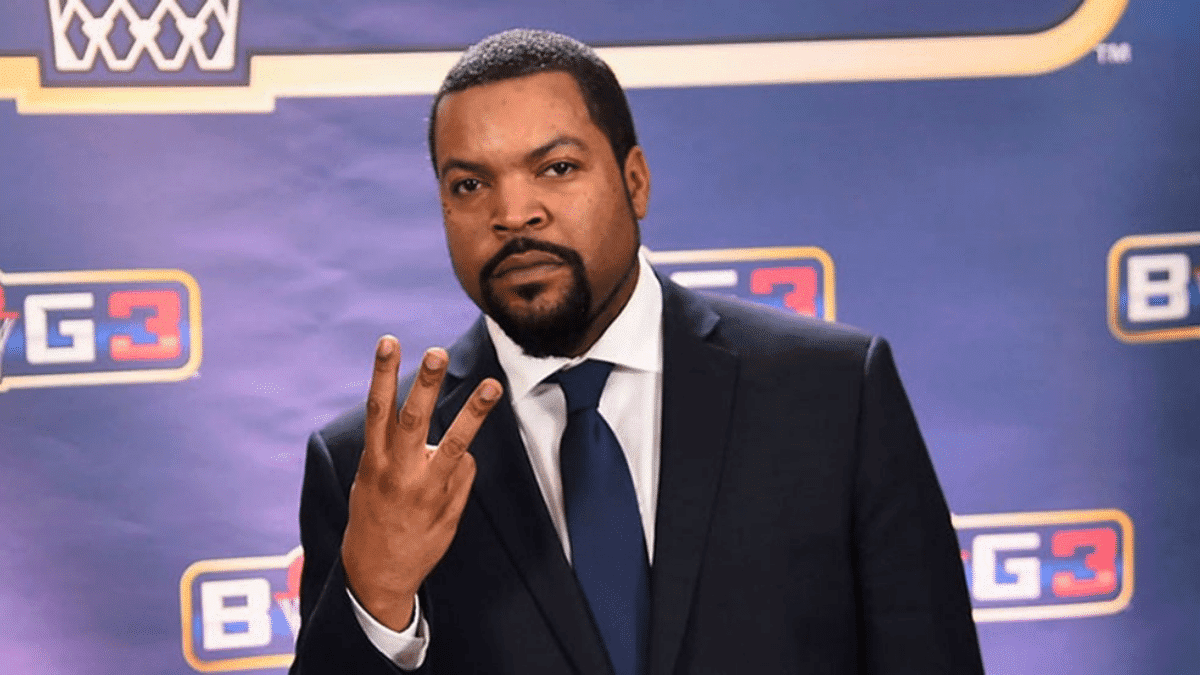 Have you ever wondered what the net worth of Ice Cube is? If you’re a fan of hip hop and rap, odds are you already know of the icon. Not only is Ice Cube a pioneer for rap music, but he is also an actor, filmmaker, and businessman. As of April 2022, Ice Cube has a net worth of $160 million. This post will dive into how he achieved such great success.

Ice cube, formerly known as O’Shea Jackson Sr, was born June 15th, 1969, in Baldwins, South Central Los Angeles. His father, Hosea Jackson, was a machinist and UCLA groundskeeper, and his mother, Doris, was a hospital clerk and custodian.

Jackson has an older brother Clyde, to who he credits the creation of his rap name. “He threatened to slam me into a freezer and pull me out when I was an ice cube. I just started using that name, and it just caught on.” Jackson explained on the Late Show with Stephen Colbert.

Jackson’s first experience with rapping was in the 9th grade at Washington Preparatory Highschool In Los Angeles. He and a friend jokingly wrote rhymes in a typewriting class.

He would graduate high school and begin writing and recording songs with N.W.A., a rap group out of Compton, California; Eazy-E, Dr.Dre, and Arabian Prince were all respective members.

Jackson would leave for Arizona after his first recordings to study at Phoenix Institute of Technology, graduating with a diploma in architecture. Soon after, he would return home to make music full-time. He kept architecture in his back pocket as a backup but would not need it as he and the rap group would become one of the greatest ever.

Eric Wright, known as Easy-E, was the creator of the now-famous rap group N.W.A. After having some success with the songs, Jackson wrote for him and the group. Jackson would later join the group full time.

Jackson was a sensational writer and wrote all of Wright’s verses and some of Dr. Dre’s in the group’s debut album Straight outta Compton.

The album is critically acclaimed as one of the best group rap albums ever, and at the time, provided a voice for the troubled youth. The album reflected anger regarding police brutality and the reality of the crime rooted in the inner city.

Gangsta Rap was the genre of Hip Hop that the group was labeled as. However, Jackson described the group genre as “Reality Rap.” The rawness, vulgarity, and delivery of their rhymes, was out of anger at their everyday life in South Central LA.

N.W.A was the first group with that rap style to speak out against authority. Which, of course, led to large amounts of criticism from the media and police. The group did not waver and would continue to be one of the hottest groups in the late 1980s.

As the fame rose, so did the money, and Jackson began to question his compensation under the management of Jerry Heller. Jackson felt he was underpaid, considering he wrote most of the group’s content.

Unfortunately, Jackson and Heller would not meet an agreement, which prompted Jackson to leave the group and start a solo career.

Jackson’s talent as a writer made the transition from group to solo effortless. His debut album was AmeriKKKA Most Wanted in 1990. The album was an instant success and is today regarded as a hip-hop classic.

Jackson proved that he was N.W.A’s crucial element. He brilliantly combined political consciousness and gangsta rap. Throughout the album, he attacked institutional racism and the social norms created to oppress people of color. He would then go on to release nine studio albums from 1990-2018.

After his debut album, Jackson was solidified as one of the biggest rappers in the industry, which caught the attention of movie directors, who saw worth in having a rapper as big as Jackson in their films.

John Singleton would be the first director to cast Jackson in his film Boyz n the Hood in July of 1991. Jackson would play Doughboy; a troubled gangster determined to get revenge on the gang that killed his brother Ricky.

Doughboy was a persona that Jackson played convincingly, and he was able to let his experience with gang violence pour into the role.

Boyz in the Hood was a pivotal turning point for Jackson in terms of wealth. It was his first money made outside of rap and set him up nicely for life once he dropped the mic.

Jackson has been in 40 films ranging from major to minor roles. 21 Jump Street, Friday, Barbershop, and Three Kings are his biggest. Additionally has appeared in 10 television shows.

Rap and film were not quite enough for Jackson, and in recent years he has become well involved in the business world.

Along with Jeff Kwatinetz, Jackson launched Big3, a 3-on-3 basketball league staring former NBA and college players airing on CBS.

The league has been very successful and has become a popular event amongst celebrities who attend regularly.

Jackson also has a clothing brand Solo By Cube, selling shirts, hoodies, and hats with slogans from his N.W.A days, as well as various films he’s appeared in.

Jackson and Jeweler Carolyn Rafaelian have teamed together to bid for a 10 Billion dollar stake in Disney.

The stake includes 21 networks that have broadcasting rights to 15 out of 30 Major League Baseball teams. If acquired, it would put Jackson in a whole different stratosphere of wealth. If you factor in Disney’s success in the past; the stake could easily be doubled years from now.

Jackson has shown he has the adequate understanding to be a solid businessman, and it’s fair to assume that his ventures will increase in the future.

As of April 2022, Ice Cube has a net worth of $160 Million. Most of Jackon’s money is from acting, but the success of his rap career paved the way for that outlet. Jackson is one of the richest rappers of all time, and few have had the positive impact on the rap game as him. A kid from South Central Los Angeles has now set himself and his family up with generational wealth.

Know Your Worth: Jackson felt underappreciated by the management of N.W.A. He did not settle and took matters into his own hands and separated from the group, which ultimately allowed him to be great. It’s important always to know your value in any aspect of life. Don’t hold yourself back by settling for less, be confident in your abilities, and trust that what you’re offering has tremendous worth.

Trust your work: Jackson was incredibly talented as an artist, but leaving a successful group to go solo comes with massive pressure. He was strong enough not to waver and truly believed his talents could take him to the next level if you work hard at any skill and put the time in, belief in yourself. Trust your process and keep going until you achieve your goals.